15 September 2021. 1pm AEST. UNLOCKED to all subscribers, this month only.

Perspectives on what went wrong.

I was joined by Virginia Haussegger, journalist, writer and passionate women’s advocate, Ian McPhedran, Australian author and former defence writer, and Professor Amin Saikal AM FASSA, Adjunct Professor of Social Sciences at the University of Western Australia, former Director of the Centre for Arab and Islamic Studies and Distinguished Professor of Political Science at the Australian National University.

We discussed the foreign policy roles played by Australia, the United States of America and others in relation to Afghanistan over the past two decades. It has been 20 years since the September 11 terrorist attacks on America.

The response was decisive, but was it right? Many deaths later, the Taliban are back in charge and things look bleak. Where did it go wrong and what new policies should now be considered?

Virginia Haussegger is a passionate women’s advocate and communication specialist. She is also an award-winning television journalist, writer and commentator, whose extensive media career spans more than 30 years.

Ian McPhedran is an Australian author, former defence writer and Walkley Award winning journalist. Ian made six trips to Afghanistan between 2002 and 2013 as a war reporter, and has published 8 books over his career. His most recent book is Where Soldiers Lie: The Quest to Find Australia’s Missing War Dead.

Amin Saikal AM, FASSA is an Adjunct Professor of Social Sciences at the University of Western Australia, and author of ‘Modern Afghanistan: A History of Struggle and Survival’. His latest book is ‘Iran Rising: The Survival and Future of the Islamic Republic’ (Princeton University Press, 2021).

Chris Johnson is the managing editor of The Mandarin, and is based in Canberra. A longtime member of the Federal Parliamentary Press Gallery, Chris was the Canberra bureau chief for Fairfax Media and has covered federal politics and foreign affairs for the SMH, Age, Canberra Times, and West Australian newspapers.

Mandarin Talks is a monthly, must-see live one-hour webinar hosted by The Mandarin.

Only Mandarin Premium members can join the webcast and get exclusive access to journalists, thought-leaders, authors, politicians and game-changers in the public sector spotlight.

When you register to attend the webinar, you have the unique opportunity to submit a question that you would like to ask our featured guests.

We aim to chat about the important issues that really impact public sector leaders. The conversation will be less like an interview, and more straight-forward idea-sharing and insights into what really matters.

Some webinars also give you access to book giveaways and discounts.

And if you cannot join the live event, all members will receive the recording within seven days and be able to access the archive of past events on demand. 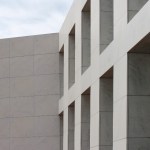 APS issues not so popular: Election campaign to focus on issues beyond public service 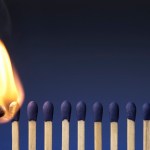 Your ethical reputation is your most valuable professional asset. So how do you build the right muscles to protect it? 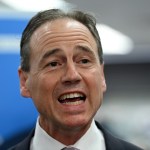 Pricey and bogus: RATs on the market 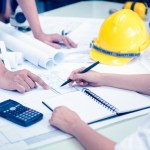 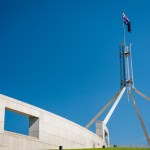