Refugees from Syria and Iraq are not being fully utilised in the Australian labour market, and very few have got jobs at that are similar to the ones they left behind or commensurate with their education levels and previous employment, according to a new study.

As more refugees begin to arrive from the current conflict in Afghanistan, the results of the study carried out by migrant and settlement agency AMES Australia and the University of Technology Sydney may be instructive in improving settlement and employment outcomes.

The study looked at the educational and employment journeys of Syrian conflict refugees in Victoria since 2015. It produced several recommendations to improve outcomes for the refugees.

The study found that persistent barriers to education and employment that many refugees face during their initial settlement years include English language, poor health and/or caring responsibilities.

Other barriers cited were lack of appropriate work, qualifications recognition and a lack of Australian experience.

“Due to focus on improving English during the early stages of settlement, employment rates are low, yet many Syrian and Iraqi refugees have clear aspirations for further study and/or employment,” the report said.

The report recommended education or employment programs that consider pre-arrival education and work experience, English language programs that are accessible at various times and contexts.

It also cited the importance of digital literacy and overseas qualification assessment and recognition.

“Digital literacy skills are not only important for refugees with accessibility barriers; it is a life skill that couple improve opportunities for adult refugees from these communities,” the report said.

The report made several recommendations to improve employment and settlement outcomes for refugees.

“Overseas qualification assessment and Recognition of Prior Learning are processes that support skilled and/or qualified refugees resume their careers in Australia. Due to the high level of university education among these refugee communities, it is critical that they are supported to access these professional pathways,” the report said.

“Transferable skills may be an important commodity for these refugee communities. Career counselling, links to professional networks and opportunities for internships could support the process of identifying and applying transferable skills,” it said.

“Newly arrived refugees can be inspired by the success stories of those who arrived before them; these stories should be shared and celebrated widely.

“Volunteering could be encouraged for these refugee communities as it can have many tangible benefits for new arrivals, especially when refugees are taught how to maximise the learning opportunities found through volunteering.

“Opportunities for engagement with native English speakers may help to informally support English outcomes and build social networks for these refugee communities,” the report said.

AMES Australia CEO Cath Scarth said the study could provide valuable lessons in helping to successfully settle refugees currently being evacuated from Afghanistan. And it could help Australia to better harness the skills and experience refugees bring with them.

“There may be some important things to take from the study that we can apply in support the latest cohort of refugees that are coming to Australia from Afghanistan,” Ms Scarth said.

“The report recommends education or employment programs that consider pre-arrival education and work experience and it wants to see English language programs that are accessible at various times and in different contexts,’ she said.

The researchers said Australia was missing out on the education, experience and skills many refugees bring with them.

“Syrian and Iraqi adult refugees bring diverse educational backgrounds and experience to Australia. While many are highly educated, there were some respondents     that either had no prior education or only primary-level education,” the report said.

“Common barriers to education and employment for adult Syrian and Iraqi adult refugees included English language proficiency, poor health for older adults, and caring responsibilities for families and children. Some respondents were not aware of overseas qualification processes, or they were lacking general support on how to apply transferable skills to the labour market,” it said.

“In the first-year interviews very few Syrian and Iraqi refugees described continuity between their current and pre-arrival education and employment.

“Some Syrian and Iraqi refugees had clearly articulated education and employment aspirations and took flexible, incremental approaches to achieving these.

“Only a few respondents cited enablers of education and employment in their first year interview, but those that did most frequently referred to social networks/interactions, including with native English speakers,” the report said.

One of the relatively few Iraqi refugees to be able to resume his professional career in Australia is Dr Asseel Yako, who recently became accredited as a specialist physician.

He says that intensive early support was critical in his pathway to getting his qualifications recognised I Australia.

Dr Yako completed AMES Australia Skilled Professional Migrant Program which seeks to support migrants and refugees to update their skills and qualifications and to equip them to navigate the Australian job market.

“The support I received was vital. I want to thank everyone who has helped me along the way. It wasn’t easy but it’s been very rewarding,” Dr Yako said.

Ten years on, what has prevented an end to Syria’s tragedy? 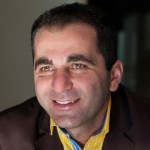 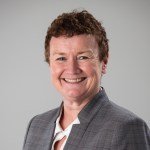 By Asseel Yako and Cath Scarth