When the Fair Work Commission granted frontline Victoria Police officers the “right to disconnect” in April 2021, it sent a message to private and public sector employers that they needed to try harder to acknowledge workers’ lives away from work.

The “right to disconnect” stops superiors from contacting staff outside their specified work hours unless there is a genuine emergency or concern about the employee’s welfare. While the decision only impacts frontline police in Victoria, other public sector workplaces are now on notice. The ABC reports that public-sector unions are seeking to include a clause enshrining the right to disconnect in upcoming agreements, particularly for employees who work in high-stress environments.

Moves to keep work and home lives separate indicate once again how important maintaining a healthy “work-life balance” is for employers and employees. Both sides have a lot at stake.

“Pre-pandemic, we know that flexible working arrangements were one of the top five employee-retention leaders,” says Sue Williamson, associate professor of human resource management at the School of Business, UNSW Canberra. “Survey after survey came out asking employees what they wanted in their workplace and what made organisations an employer of choice. It wasn’t pay – it was often flexible working arrangements and having a good work-life balance.”

Williamson says employees are now demanding greater work flexibility than ever. “All the research I’ve done with the public service shows that hybrid working is the future of work – employees want to continue working at home two to three days a week,” she says. “Organisations realise they need to make sure that they can offer flexible working arrangements.”

But working more flexibly certainly doesn’t mean working less. In fact, it’s often the opposite. This is terrible news for those who are already working long hours. In its Better Life Index of work-life balance in 40 countries, the OECD places New Zealand 30th and Australia 31st, with the percentage of employees working very long hours a significant factor in their poor rankings.

Williamson says it’s clear many employees spent a lot of time beavering away in their home offices during the pandemic. “Our research found that people in the APS weren’t generally working longer hours, but overwhelmingly those in the private sector did,” she says. “Part of that comes from not commuting. But it also comes from things taking longer when people work online, such as meetings.

“People have been compensating by working longer hours to show their managers they’re still productive.”

Greater work flexibility comes with its challenges, too. “While men did more unpaid domestic and caring work during the pandemic, women still did more than men,” Williamson says. “We also know when employees worked part-time and weren’t in the office pre-pandemic, they were less visible and received fewer career-development opportunities. There’s a concern this could play out again once people return to the office.”

The price of work flexibility

According to Richard Holden, professor of economics at UNSW Business School, the pandemic has been a mass experiment for people who want to balance their work and life responsibilities.

“For a significant number of people, the price of flexibility has gone down dramatically,” he says. “They have found they can do other things, such as balance care responsibilities, and don’t need to commute as much or as often.

“But there’s a dark side to it – work doesn’t necessarily end when you leave the workplace anymore. I think it’s going to increase flexibility in certain circumstances but it’s going to blur the lines between your work time and your own time.”

One of the major challenges of a more flexible, dispersed workplace is how to manage staff effectively. Holden sees this as an opportunity for supervisors to move away from controlling what staff are doing to measuring and rewarding their worth based on outputs. “I’m not sure that’s entirely a bad thing,” he says. “At some level, do we really care how people get the sausage made?

“Post-pandemic, it’ll be an option – not mandatory – to have a physical workplace. That’s a good thing for people to not necessarily have to commute for considerable periods to work in high-priced office space. It creates opportunities.”

Williamson agrees. “Organisations will need to look towards a performance-management framework based on outcomes rather than just bums on seats, as it’s been traditionally in offices. There needs to be a recognition that work may be a little bit slower and that can affect productivity, though productivity hasn’t been shown to be affected by working from home during the pandemic.”

Williamson says the public service has been moving towards this model anyway. “The APS has been really flexible and agile by setting up taskforces and doing all the things necessary to keep people safe and provide policy advice,” she says. “Processes have become very outcomes-focused. The question will be whether the public service will try to continue using those streamlined processes.”

The case for radical workplace change

Holden says the “right to disconnect” is just one way for workplaces to deal with employees wanting to keep a distance between their work and home life. It’s an idea that originated a few years ago through collective bargaining negotiations in Germany and France.

“Volkswagen is just one example of a company that had a ‘right to disconnect’ policy well before COVID,” he says. “It acknowledged that it was healthy and important for people to be offline. It’s a way an individual organisation is driven to provide the best and most competitive and most appealing workplace.

“I’m less clear how we best achieve that ability to disconnect, whether it’s through legislative mandates, enterprise bargains or competition between employers to create the best working environment. But it will have to be grappled with by both the private and public sectors.”

Williamson says any “right to disconnect” policy brings competing needs for employees. “On the one hand, it’s a really positive development that sets the boundaries between work and personal life,” she says. “But I think it’s a little bit sad that it’s needed. It should be obvious that, say after 6pm, employees have their family and leisure time.

“There are also implications for those who want to work flexibly, to perhaps finish off some tasks after dinner. A ‘right to disconnect’ would hinder that. There are emerging industrial issues that have yet to be teased out.”

Williamson believes there must be radical workplace change for people to find true work-life balance in the future. “Workplaces are set up to work from 9-5, which doesn’t accord with school hours and hasn’t benefited women with caring responsibilities. That has led to gender inequalities, the ongoing gender pay gap and fewer women in senior roles.”

She believes the pandemic will change how we work but is less certain it will be the big shock needed for a fundamental workplace revolution. “Increased forms of flexibility are here to stay, but gender inequality is so entrenched in Australian society and workplaces,” she says. “Even as we adopt more flexible ways of working, there will be elements that will take a long time to change.” 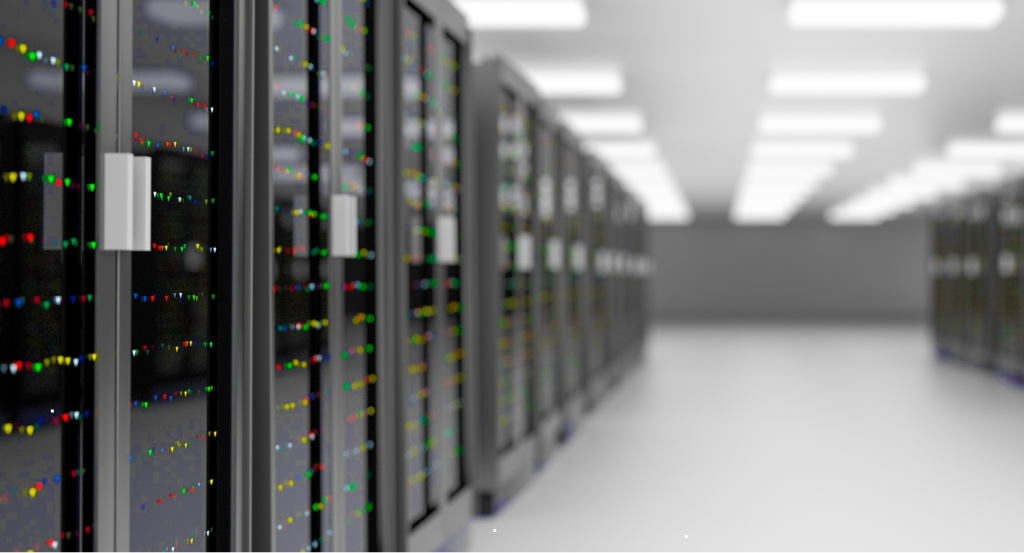 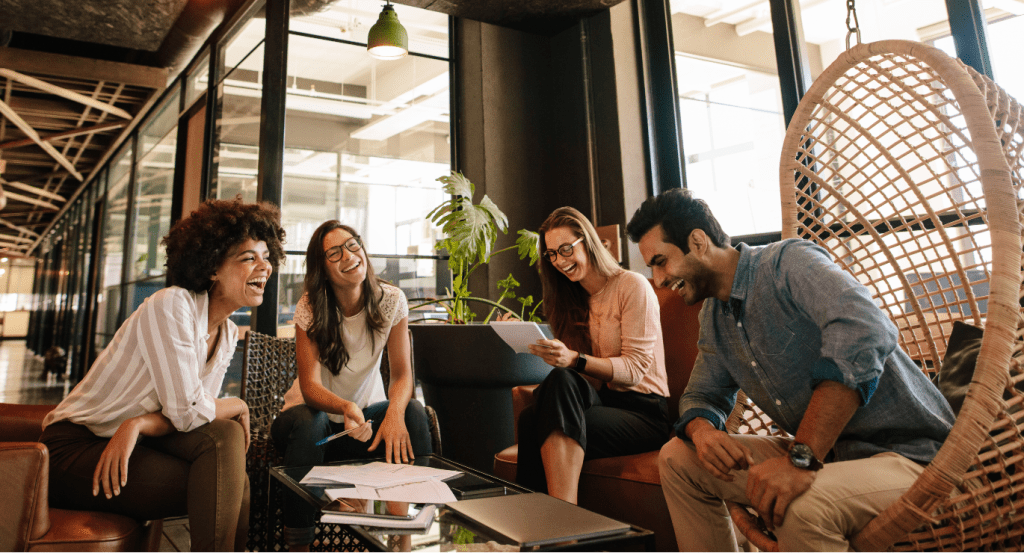 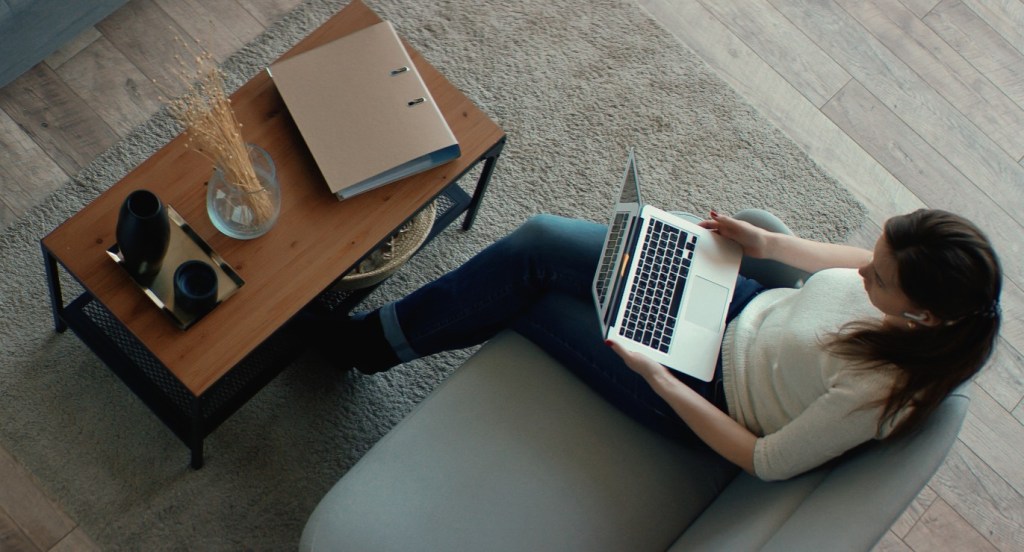 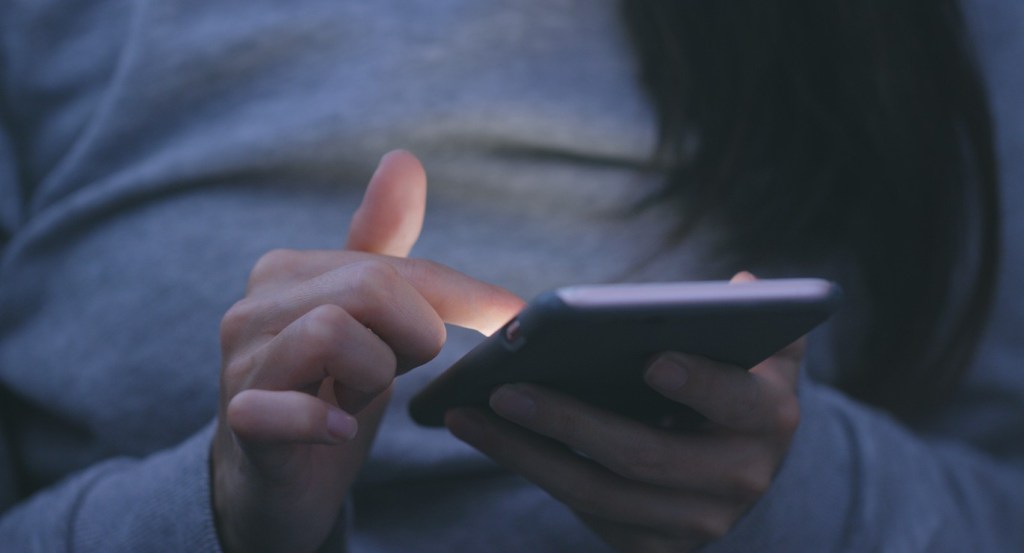 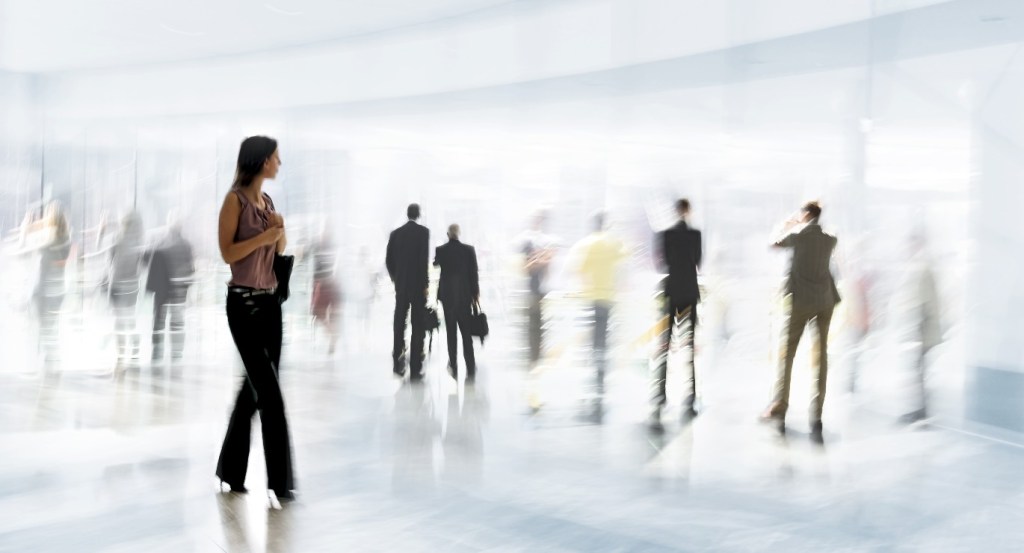 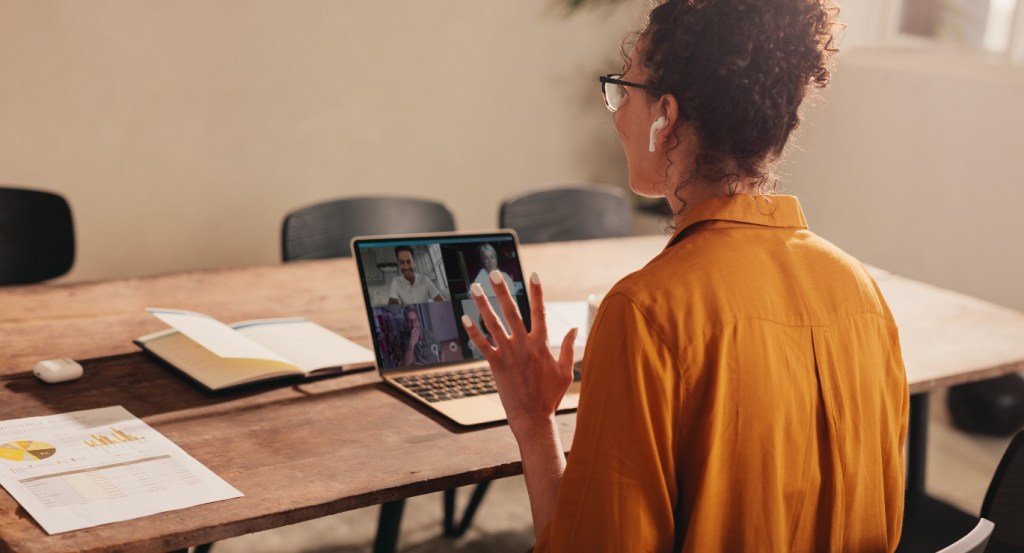 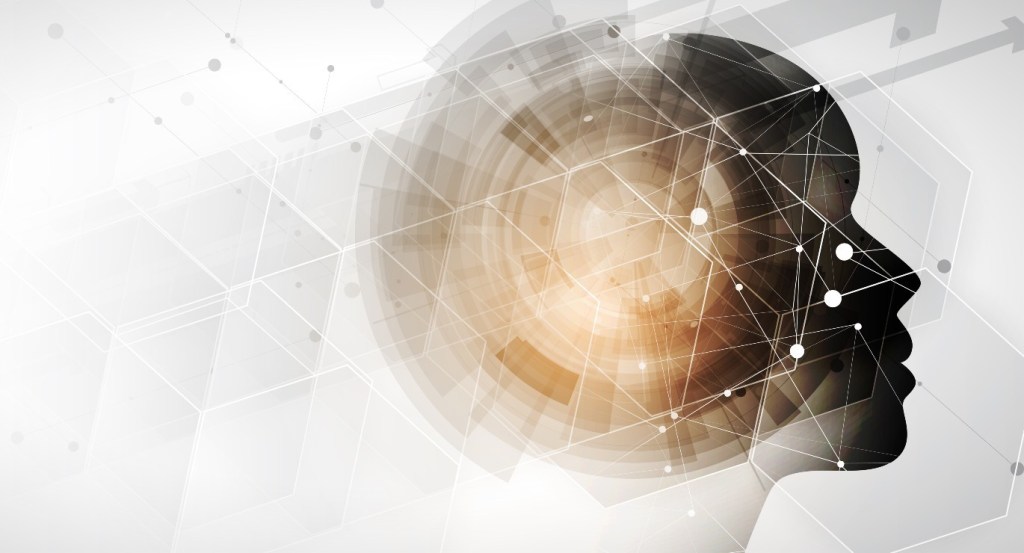 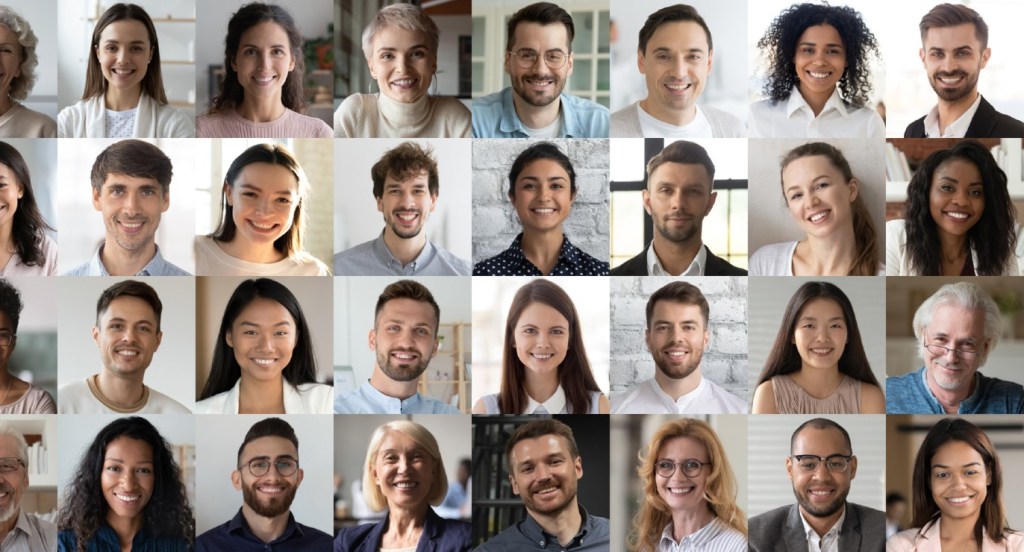 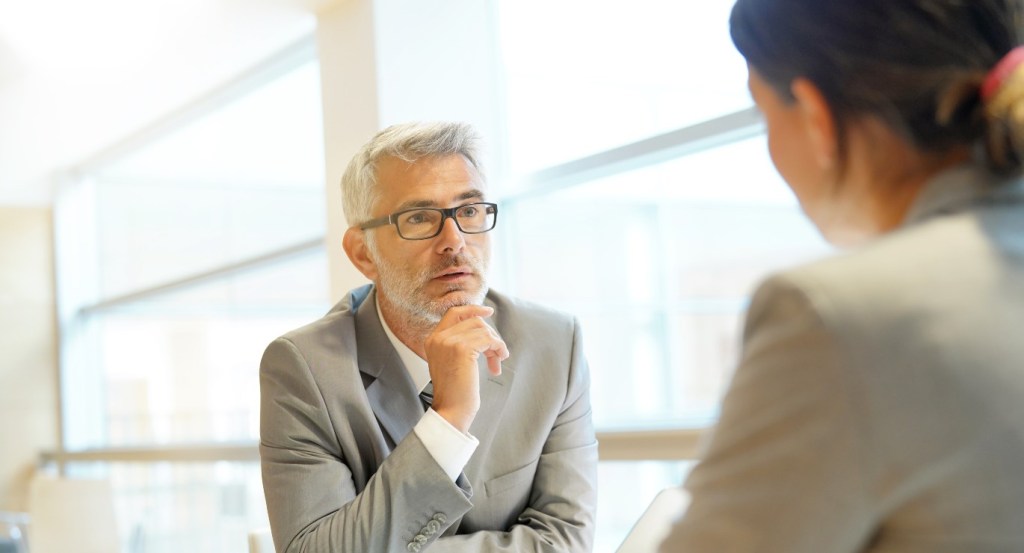 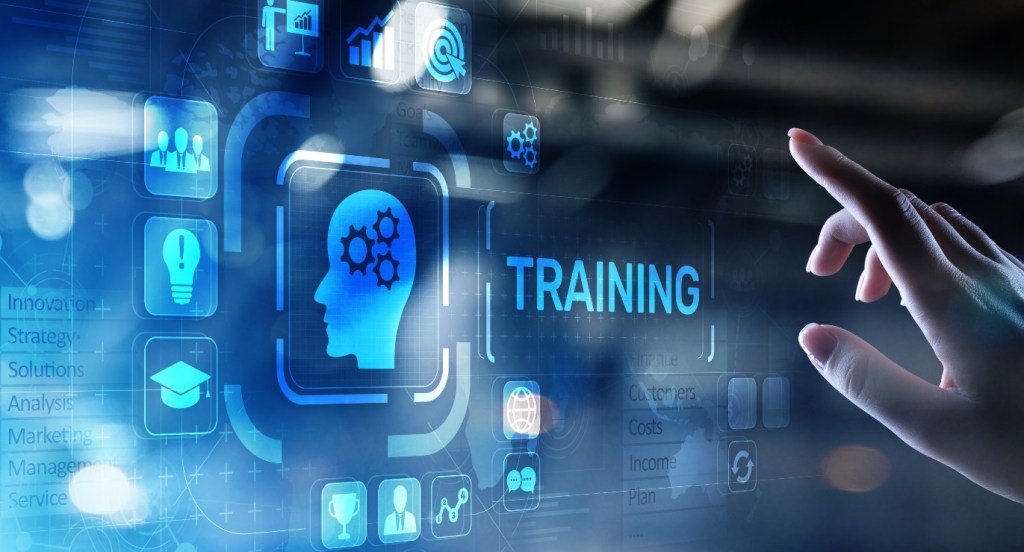