However, we ask whether the infrastructure industry can show more imagination and willingness to engage in the emerging social procurement debate, converting this so-called crisis into an opportunity to address skills shortages and contribute more positively to the communities in which it builds.

In Australia, government spending consistently contributes more than 37% of GDP (more than 40% in the past two years), making it the country’s biggest buyer and creating significant untapped potential to address the social challenges imposed on these groups in a new way. A central plank of Australia’s strategy to recover from the COVID-19 pandemic is our $218 billion public infrastructure pipeline over the next five years. Extrapolating from estimates generated by the UK’s social value portal suggests that by using social procurement the government could leverage this purchasing power to create an estimated $65.4 billion of additional social benefits for the communities in which the industry builds, from employment, to local wealth creation, improved skills, greater community well-being, happiness, hope, cohesion and resilience.

Social procurement looks beyond economic returns from infrastructure spend and requires a wider commitment from the construction and infrastructure industry to the communities in which it builds. COVID 19 has exacerbated inequality and disadvantage in our communities. Vulnerable groups have been made even more vulnerable. We have growing job insecurity and under-employment among our young people and Indigenous communities, we have a refugee population — many of whom are engineers and construction workers and managers — who struggle to secure decent work, and we have an industry desperate for workers. The timing is, therefore, perfect for overcoming a crisis by transforming despair into the largest infrastructure opportunity of a generation.

However, our research shows that the construction industry sees the communities and people preferentially targeted by social procurement policies as a risk rather than an asset. The risk of social procurement is typically transferred down the contractual chain (as most risks are in construction) to the point of least resistance —  which is the multitude of small subcontractors employing less than 20 people, who make up 95% of the industry.

A lack of supply of suitable ‘social benefit businesses’ and work-ready employees is leading to widespread gaming of the system. Worryingly, this can have the effect of exposing already marginalised people to even greater risk from unprepared, unwilling and unscrupulous subcontractors who see social procurement as a simple tick-the-box exercise. Furthermore, the impact of these policies is all too often not measured by policymakers once contracts are signed. This serves to further undermine the seriousness by which these policies are taken in the industry.

While not limited to the construction industry, many of these issues are echoed in early findings from our current Australian Research Council-funded research on the implementation of social procurement policies in Victoria and Scotland (DP200101394). In particular, our research participants have reflected on the challenges of creating shared language and understanding of how to ‘do’ social procurement, which relies on diverse organisational cultures and people, gaming of policy goals through black cladding and social washing, and lack of agreed systems for monitoring and evaluating progress against social objectives. Yet, across the policy implementation ecosystem, there remains significant hope for the positive potential of getting social procurement right.

While Infrastructure Australia recognises, in various documents, the need to diversify the industry, to recruit more widely, and to build greater trust and connections with the communities in which it builds, social procurement hardly gets a mention.

Similarly, while the construction and infrastructure sector is developing its own industry culture standard to improve its dire record and reputation on safety and mental health and gender diversity, the focus is around how this can improve the industry’s productivity and competitiveness.

While any improvement in the industry’s culture can have positive spill-over effects into the community, we encourage the industry to better engage with the growing social procurement agenda and start talking about the communities in which it builds as well as itself.

Professor Martin Loosemore is with the School of Built Environment, University of Technology Sydney. 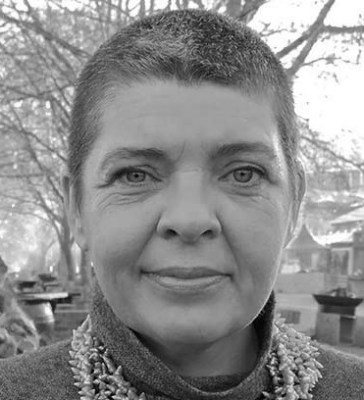 Dr Emma Lee is with the University of Tasmania's Centre for Social Impact.

Jo Barraket is a professor at Swinburne University of Technology.