It is not entirely irrational to fear needles (or to suffer from trypanophobia for those who prefer the Greek term). Likewise, feeling anxious about injecting a foreign substance into the bloodstream seems quite reasonable.

And it is hardly surprising that people might find these things even more anxiety-inducing because of the duty of care we feel toward loved ones, especially children.

The anti-vax movement, thus, has an understandable relationship with fear and anxiety. In fact, there has been resistance to vaccinations since at least the late 18th century when the British physician Edward Jenner began to promote them as a prophylactic measure against smallpox.

One of Jenner’s contemporaries, the caricaturist James Gillray, famously lampooned people’s fears by imagining how cows grotesquely begin to sprout from the limbs and faces of the newly vaccinated. It was an early 19th-century version of what we today might assign to the sub-genre of body horror.

The anti-vax movement is, however, no longer fuelled purely by fears about vaccines and harmful side-effects.

At recent protests against vaccine mandates in Australia, for instance, “F*** the jab” was one of the chants that could be heard. The mood was dominated by anger, not anxiety.

On first sight, there is nothing surprising about such truculence. The vaccine mandates imposed in response to the COVID pandemic are forcing some people to do something they are fearful of and would prefer not to do.

But the militancy of the protests and make-up of participants suggest many far-right nationalists and extreme libertarians have either co-opted the anti-vax movement or converged with it. Ideological differences recede into the background and common ground is found in opposing public authorities whose attempts to counteract the spread of the virus have been interpreted as the first steps toward tyranny.

From philosophy to psychology

A common denominator uniting these movements is the penchant for viewing the world through the prism of conspiracy theories.

For some, Big Pharma ruthlessly pursues profits by exploiting human frailty and gullibility. For others, the state is exploiting a health crisis with the goal of installing itself as Big Brother. For a few, the Illuminati overlords are lurking somewhere in the background.

Because conspiracy theories claim to be based in fact – unlike myths or fables – the concept encourages us to treat them as rational and therefore refutable.

At least this was the presumption guiding the philosopher Karl Popper when he delivered two lectures in 1948 that are regarded as the first effort to examine conspiracy theories from a philosophical standpoint.

Although Popper was aware that conspiracy theories are found throughout history, his analysis was akin to a thought experiment. The experiment revolved around the question of whether it was possible to imagine events and trends in the world as the result of a conspiracy. Is this a tenable view of how society works?

It was not, he concluded. And refuting the claim that secret agents were responsible for a war or an economic depression, for example, was a way of edging closer to the correct understanding of such phenomena.

If this sounds somewhat abstract, the legal theorist Franz Neumann attempted to get nearer to the reality of conspiracy theories by linking them to a psychological condition.

In a 1954 lecture called “Anxiety and Politics”, Neumann diagnosed conspiracy theories as an attempt to transform people’s anxieties into fear. The distinction had political consequences. Anxiety had a paralysising effect; fear, by contrast, was a catalyst for action.

Neumann insisted that at the core of the delusions characterising conspiracy theories, there remained a “kernel of truth”. In this spirit, the suspicions long harboured by the anti-vax movement are not entirely misplaced if you take into account the far-from-unblemished public health record of pharmaceutical giants.

Much of the research on conspiracy theories since then continues to take its cues from Neumann by treating them as attempts by frightened, panicked people to get a grip on the world.

How anger leads to falsehoods

What if, however, fear and anxiety are not sufficient to understand the social psychology at work here?

The protests against vaccine mandates, as well as earlier protests against 5G technology and the rise of the QAnon movement, suggest there are other emotions underpinning all of this. These are feelings of anger, grievance, and resentment. Add to this the restrictions and lockdowns imposed by governments over the last 18 months and the effect is like pouring fuel on the fire.

Anger makes us want to lash out – to kick the cat or some other unfortunate proxy for those deemed responsible for our troubles and woes.

Importantly, anger also has a disinhibiting effect on our relationship to the truth. That is, when we are angry, we feel less obliged to speak truthfully and allow our emotions to take over.

For instance, research shows anger enhances our propensity to lie. And the deeper you probe into the contemporary anti-vax movement, the more you find a conscious willingness to play it fast and loose with the truth.

The movement is now driven by lies told out of spite and believed in part by those who tell them because of the gratification this brings them.

The online documentary Plandemic: The Hidden Agenda Behind COVID-19, for example, features Judy Mikovits, a discredited medical researcher with an axe to grind against Anthony Fauci, the leading infectious disease expert in the US, because of the alleged role he played in the loss of her professional reputation.

The documentary makes a series of bogus claims, culminating in the assertion that masks function as a catalyst for COVID because “they activate your inner virus.”

Another widespread lie is that philanthropist Bill Gates was using the vaccine as an opportunity to implant microchip tracking devices in humans.

Presumably, it is still possible to ask about the “kernel of truth” buried deep within such claims, yet their outlandishness suggests this model has its limits.
At some point, one has to start factoring in the role of dishonesty.

Clearly, this presents a challenge to historians and social scientists who would prefer to understand falsehoods as innocent errors caused by psychological factors or social circumstances.

Identifying a falsehood as a lie incurs the risk of moralising. And denouncing conspiracy theorists as liars will hardly alleviate social tensions. Easy fixes are hard to come by, but a start would be to understand better the anger that makes lying appear justifiable in the first place. 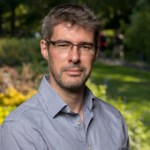 Andrew McKenzie-McHarg is a senior research fellow at the Institute for Religion and Critical Inquiry, Australian Catholic University. 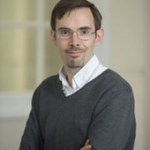 By Andrew McKenzie-McHarg and Francois Soyer