Royal Commissions were once regarded as the institution of last resort, appointed when all other processes and institutions had been exhausted or were deemed inappropriate. The recent increase in their numbers, particularly concerning some of the most vulnerable people in our society, indicates they may have become institutions of first response to policy, regulatory and governance failures.

Whilst some may interpret their terms of reference more broadly than expected, unearthing unforeseen problems, poor policy and even corruption, others may pose radical recommendations that cannot be implemented. Some take too long and cost too much. Some have poor processes and produce poor-quality reports, often resulting in the need to appoint yet another Royal Commission.

In addition, precious resources are often diverted to support information and appearance requests of already stretched agencies that have staffing caps and little ability to stop ongoing work to support voluminous requests for information, to get Royal Commissions up to speed before public hearings.

Whilst there may be good reasons for calling for a Royal Commission, consideration should be given as to whether this is the only way to create a catalyst for change, particularly where wicked problems are front and centre, and policies need reform.

Whilst the Banking Royal Commission may have been spun as an important inquiry into naughty rich bankers, one of the biggest recommendations (banning commission payments to mortgage brokers) had the unintended consequence of actually incentivising customers to go back to the big banks for lending.

Perhaps of most interest was the idea that Kenneth Hayne’s effort would somehow change the culture at the big end of town – that magically, through a series of embarrassing appearances in the witness stand and some aspirational recommendations – bank executives are going to start putting people before profit.

Most recently, we have heard harrowing stories of lived experiences at Royal Commissions into sexual abuse against children in institutions, aged care, disability, defence and veteran suicide. Despite all the legislative protections for people living with vulnerabilities, for those employed in or in the care of our public institutions, neglect and abuse still occurs far too often.

The Royal Commission into Aboriginal Deaths in Custody, launched in 1987 and completed in 1991, provided recommendations aimed at reducing the rate at which Aboriginal and Torres Strait Islanders were jailed, such as through non-custodial sentencing and diversionary programs. Thirty years on, the rate of incarceration for Indigenous Australians has doubled.

The most recent Aged Care Royal Commission made 148 wide-ranging recommendations for the fundamental reform of the aged care system. However, the Commissioners disagreed on several recommendations which has undoubtedly undermined their influence and given the government leeway to adopt policies that may suit and potentially ignore those that don’t.

There is no doubt policy problems, such as quality of aged care or responses to institutional issues, are often extremely complex. Framing exactly what the problem is, and how the Commission looks at it is therefore extremely important. Getting the Terms of Reference right is important.

Royal Commissions also present opportunities to engage with stakeholders, advocates and policymakers. If they do this well, they will have a ready-made coalition of experts and interested parties to support the implementation of the report recommendations.

This also makes it much harder for governments to ignore important recommendations. That said, these engagements can come at a devastating cost for those participating having to re-live painful events and trauma.

One of the shortcomings of the Act itself is that it allows for exclusions on the admissibility of evidence concerning advice to the government provided by the public service (including policy and funding advice).

This means questions regarding why policy and regulatory failures have been left to an inquiry of last resort cannot be fully understood by Commissioners, let alone the public. Advice that may have been given by the public service to the government on reform initiatives to address past recommendations is privileged under public interest immunity from admissibility. This leaves a Royal Commission with no option but to relearn and restate the problem.

In addition to recommendations provided by a Royal Commission of the past, duplication of recommendations is another issue in itself. Previous reviews, inquiries and audits into various policy areas have over the years produced wide ranging recommendations aiming to improve governance and outcomes in various complex policy spaces.

We heard recently at the Royal Commission into Defence and Veteran Suicide (which has now been extended for a further 12 months following acknowledgement of the complexity of the issues before the Royal Commission amongst other things) that some 600 recommendations have been provided to the Department of Veterans’ Affairs over the last two decades, all aimed at improving various aspects of the veteran’s support system.

To illustrate the complexities faced by reviews and inquiries, including Royal Commissions, the current Royal Commission into Defence and Veteran Suicide is faced with the challenge of cutting through 600 previously published recommendations on a veterans support system made up of 100 years of policies, processes and enabling complex legislation (including multiple transitional provisions), to provide effective pathways for reform, which are attractive for a government to fund whilst (at the same time) not add further complexity to an already exhausted veterans support system. An outcome a Royal Commission has never achieved to date.

In addition, this Royal Commission is tasked with recommending reforms to prevent and reduce the multifaceted issue of defence and veteran suicide, a complex issue no mental health experts have managed to effectively impact for the broader population as yet either.

The question left begging is – does a Royal Commission effect change to a wicked policy problem? History tells us that the answer is “no”.

Can a Royal Commission show us ‘how’ to fix a wicked policy problem? Again, history tells us the answer is “no”.

Whilst it could be argued this is due to the enacted requirements of a Royal Commission or how they are conducted, it is evident that they can only deliberate over information largely in the public domain. Recommendations they provide can only serve to ‘recast’ a problem and potential solutions. Royal Commissions can’t of themselves solve or advance policy because this requires decisions of Government.

To enable effective change, recommendations need to ‘show’ how a problem can be solved, what it would ‘look like’ when solved and have the full support of the Government.

A Royal Commission can be a catalyst but cannot realistically be expected to fix a problem. We need brave decisions of Government. 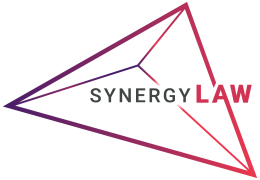