The recent failure of Australia to be consulted, let alone to have any influence, on the Solomon Islands security agreement with China underlines a long-term failure to achieve closer cooperation and coordination with the neighbourhood.

Further, despite warnings from past and present leaders of intelligence agencies not to politicise national security, the weaponisation of Pacific–China relations in Australian domestic politics has further undermined relationships with the region.

The recommendations of the Pacific Elders Voice group would be a good place for a new Australian government to start repairing relationships, and in time Australia should be able to better pursue security within its own region.

Former distinguished leaders from across the Pacific recently formed the Pacific Elders Voice to express shared views on matters of critical importance for the region and their voice is worth a listen.

Their central message is that: “The primary security threat to the Pacific is climate change.” This has been the refrain from Pacific leaders for years, including in the Boe Declaration on Regional Security adopted by the region.

Yet recent Australian governments have stubbornly refused to take the climate challenge seriously, and Australia has become dangerously dislocated from its region.

Meanwhile, at the same time as turning its back on the climate change challenge, Australia has, since around 2017, become the most enthusiastic proponent of provoking China, with soundbite threats of ‘war’ and a dramatic strategic reorientation towards a more offensive posture, including the acquisition of nuclear-fuelled submarines, all without any public policy deliberation.

Indeed, even the Opposition was only given 24 hours’ notice of a strategic decision that potentially locks Australia into a US strategy of confrontation and containment with its rival for decades, without adequate room for debate on evidence such a strategy can succeed.

This major decision by Australia to set itself apart from its region and to stifle anything but the most hawkish discussion about China will need a lot of explaining in the Pacific.

As the Pacific Elders Voice group declared, the growing military tensions in the region created by both sides do not address the real threat of climate change. China, too, has its own part to play in reassuring nations of the region that it will not exacerbate military tensions further, and to convert its rhetoric on multilateralism and climate change into real action that helps strengthen peace and resilience in the Pacific.

The disputes over climate and geopolitics reveal Australia’s interests and values have diverged from the Pacific region, leading to a decline in influence, while clumsy and sometimes downright offensive behaviour by Australian ministers has created an image of Canberra as condescending and neglectful.

This is despite a deep network of Australian connections to the Pacific. Long gone are the days when Australia worked closely with the Pacific against nuclear testing, supporting decolonisation and dealing with other critical issues of common concern.

When Australia discusses the Pacific, it too often positions island countries as pawns in an imagined ‘great game’ of geopolitical conflict instead of nations on their own terms and with their collective, sincerely-held vision of a peaceful ‘Blue Pacific’.

The nations of the Pacific share important common challenges, including isolation from major markets, underdevelopment, aid dependency and serious infrastructure connectivity deficits, as well as the existential threat of climate change.

It is a region in which collaborative action should be a no-brainer, if such collaboration is between sovereign nations who treat each other with respect and seek common ground.

The Pacific Islands Forum, the regional organisation in which Australia used to play such a constructive role, suffers from some deep fissures, not least those created by Australia’s divergence from consensus views on key concerns.

For an incoming Australian government, where to start in re-setting relations with the neighbourhood?

To be sure, a laser focus on climate change, supporting Pacific advocacy in the multilateral system alongside New Zealand, and practical action on resilience, mitigation and adaptation projects must be starting points.

There are precious environmental assets in the Pacific that must be protected and Australia should be leading in developing initiatives for carbon sequestration, renewable energy, biodiversity conservation, sustainable fisheries and appropriate tourism development. Only from such a credible starting point can Australia hope a more respectful diplomatic embrace of the region will be taken seriously.

Labour mobility is also critical. Allowing more Pacific workers to fill gaps in an Australian workforce with record low unemployment is not only good regional citizenship but will help Australian business, while remittances home will bolster island economies that are struggling to recover from the COVID-19 crisis.

It beggars belief how Australia continues to restrict almost any labour movement from Papua New Guinea, a nation with which so many Australians have connections, when targeted cooperation in defence, agricultural and other workforces could be mutually beneficial.

Why is Australia’s crisis-ridden aged care sector drawing such large numbers of workers from Nepal and other countries, when a six-week TAFE course could equip Papua New Guineans to work in a critical caring profession in a country they already know and whose language they speak?

Short-sighted cuts to the promotion of Australian media in the region must be reversed and indeed Australia should invest in media production in the region to help the Pacific tell its stories to the world. Development aid needs to be about more than flying well-paid Australian consultants in and out to deliver advice, but must contribute to a legacy of new initiatives, infrastructure and capabilities.

Across the Pacific, nations are struggling to develop sustainably. Successful development will be the key to helping with health, governance and other challenges. Mostly non-aligned, these countries consider themselves ‘friends to all, enemies to none’ – a far cry from recent Australian narratives about looming threats.

China has offered Pacific island nations to fund and construct connectivity infrastructure, just as it has done across the developing world. This has sent Canberra hawks into a frenzy of pushback, but such projects are only Chinese-dominated because Australia vacated the field.

In doing so, preferably through multilateral development banks, Australia could contribute expertise in transparency and governance, to match Chinese expertise in construction. If those contributions are rebuffed, then there would be good reason to criticise, but weaponising Pacific aid projects for political advantage at home has won Australia no friends in the Pacific.

If future governments wish to play a more constructive role in the region, Australia will need to do a lot more talking with its neighbours, rather than weaponising, politicising and lecturing. Perhaps out of new, patient and respectful discussion between the nations of the region, the beginnings of a Grand Strategy may be found that addresses real security threats, while better mitigating other risks.

While Australia will no doubt remain a central pillar of the ‘West’, however that collection of like-minded nations evolves in future, Australia’s home is in the Pacific and it is there that Australia must ultimately find its security, as Curtin discovered in World War Two.

Far better to be engaged in collaborative partnerships with the region to build trust and cooperation than to be the odd one out.

Push for Pacific nations to be central to COP26 negotiations

David Morris is a political risk and sustainable development consultant, vice-chair of the United Nations Sustainable Business Network for Asia Pacific and currently completing a PhD on risks of interdependence with China. He is a former Australian diplomat and represented the Pacific Islands Forum Secretariat in China, as Pacific Trade and Investment Commissioner, 2015-2018. Twitter @dm_aus. 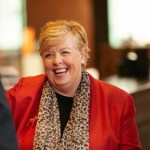 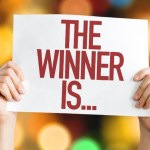 Using 'challenge prizes' to develop great innovation policy. It's not about the winners, but diverse solutions to a well-defined problem 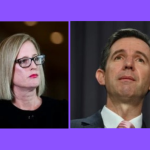 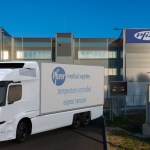 The Briefing: Domestic concerns and global lessons ahead of Australia’s COVID-19 vaccine rollout 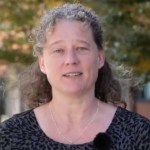 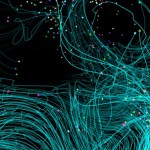 Grappling with customer-centricity, the energy sector is recalibrating how it consults with stakeholders. Regulators can facilitate choices efficiently by aligning conflicting interests