Spain recently announced plans to legislate menstrual leave. This is extra leave for those who experience severe period pain.

The decision has sparked public debate about whether Australia should introduce a similar scheme.

More than 90% of women under 25 report regular period pain and there is little evidence it reduces with age.

At least one in nine women and those assigned female at birth also have endometriosis, and many have to reduce their work hours to manage their symptoms.

But while Australians should have access to menstrual leave, they also need period-friendly policies they can access first. A “menstrual policy” offers an employer-endorsed pathway to manage symptoms in the workplace.

For office workers, this would ideally include: working where most comfortable within the office and the use of heat packs, where helpful; flexible working arrangements to reduce the impact of period pain; as well as access to paid leave.

Which countries already have menstrual leave?

Menstrual leave has been around for a century. In 1922, the Soviet Union enacted protective labour laws to guard the menstrual health of women workers to “fulfil their reproductive and maternal functions”.

Japan introduced seirikyuuka (menstrual leave) in 1947. The battle for these rights began as early as 1928, when women transport workers demanded change due to inadequate sanitary facilities. It exists today, but has low uptake and generates resentment from colleagues.

Similarly, Indonesia introduced a menstrual policy in 1948, however some Indonesian women are frustrated that their right to access menstrual leave is not upheld consistently.

In 2020, Vietnam granted women an extra half an hour break, three days a month (fully paid) for those who are menstruating. However, they offer a bonus payment to those women who don’t take any leave.

History shows us that in addition to policy, education needs to accompany any proposed policy to reduce discrimination, uneven application and hesitancy around uptake.

What has Spain proposed?

Spain may become the first European country to introduce menstrual leave for women who experience severe period pain. If the proposed legislation passes, those who menstruate will have access up to three days of paid leave per month.

So what are the alternatives?

Australian organisations are leading the world in this space. Future Super and Modibodi have introduced menstrual policies, rather than menstrual leave alone. Their policies are based on a menstrual and menopause policy developed by the Victorian Women’s Trust.

The policy encourages organisations to offer staff flexibility in managing when they work and where they work to best manage their symptoms. They also urge staff to modify their workstation by sitting in a more comfortable location and using a heat pack as necessary.

The final support for employees is the right to access paid leave that they don’t have to pay back, or provide a doctor’s certificate to access.

Of course, this approach won’t fit all sectors, especially mining or construction sites. Working from home, flexible start times, or modifying your workstation, is often impossible.

However, a menstrual policy that mandates all employees have access to hot water, soap and a hygienic place to dispose of period products, could go a long way. This might seem basic, but unfortunately these provisions are not always available to women working in trades.

Women in the service industry face a different set of challenges. They often don’t have a choice about when they can go to the toilet, and may struggle to afford period products or the doctor’s visit required to access sick leave.

For these workplaces, providing free period products, allowing easier access to toilet breaks, and removing the need for a doctors certificate could make a substantial difference.

Essentially, a menstrual policy should prompt employers to consider how their workplace can be reasonably adapted to support those who want to work while navigating menstruation and support those who temporarily just can’t.

This needs to be done in a way that is sensitive to social, cultural and class-based differences. How it will be perceived by the portion of the workforce who don’t menstruate also needs to be considered.

What are the risks?

Despite the potential benefits of menstrual leave for Australia, if introduced, this policy will exist in a society that (in some quarters) shames menstruation and sees it as something to hide.

Some people worry those who access a menstrual policy may seem unreliable, likely to abuse leave provisions, or be considered too expensive to employ.

Menstruators may face workplace discrimination and harassment to access the leave. In Indonesia, for example, people have been asked to remove their underwear to “prove” they were menstruating.

If given a choice, it’s likely people experiencing severe menstrual pain would rather not need additional supports. But they do. A menstrual policy is a necessary step towards supporting women and people who menstruate to stay in the workforce. 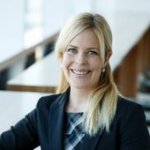 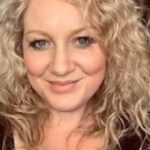 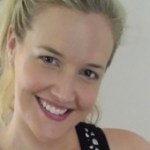 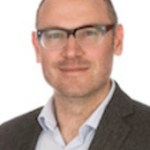