Traditional Owners in Australia are the creators of millennia worth of traditional ecological knowledge – an understanding of how to live amid changing environmental conditions. Seasonal calendars are one of the forms of this knowledge best known by non-Indigenous Australians. But as the climate changes, these calendars are being disrupted.

How? Take the example of wattle trees that flower at a specific time of year. That previously indicated the start of the fishing season for particular species. Climate change is causing these plants to flower later. In response, Traditional Owners on Yuku Baja Muliku (YBM) Country near Cooktown are having to adapt their calendars and make new links.

That’s not all. The seasonal timing of cultural burning practices is changing in some areas. Changes to rainfall and temperature alter when high intensity (hot) burns and low intensity (cool) burns are undertaken.

Climate change threatens First Nations — their perspectives must be heard

Australia’s First Nations people face many threats from climate change, ranging from impacts on food availability to health. For instance, rising seas are already flooding islands in the Torres Strait with devastating consequences.

The most recent Intergovernmental Panel on Climate Change report on impacts and adaption noted in the Australasia chapter that climate-related impacts on Aboriginal and Torres Strait Islander peoples, their country and cultures are “pervasive, complex and compounding.”

While it is important these impacts are recorded, the dominant source of the data is academic literature based on western science. Impacts and pressures Traditional Owners are seeing and managing on their country must be assessed and managed from their unique perspective.

Traditional Owners have survived and adapted to climatic shifts during their 60,000+ years in Australia. This includes sea-level rise that flooded the area that is now the Great Barrier Reef and extreme rainfall variability. As a result, they have developed a fine-tuned sense of nature’s variability over time.

So what did we do?

Worried about the changes they were seeing on their land and sea country around Archer Point in North Queensland, the YBM people worked with scientists from James Cook University to create a new way to assess impacts on cultural values.

To do this, we drew on the values-based, science-driven, and community-focused approach of the climate vulnerability index. It was the first time this index had been used to assess values of significance for Indigenous people.

YBM people responded to key prompts to assess changes to their values, including:

We then discussed what issues have emerged from these climatic changes.

Using this process, we were able to single out issues directly affecting how YBM people live. For instance, traditional food sources can be affected by climate change. In the past, freshwater mussels in the Annan River were easy to access and collect. Extreme temperature events in the past 10 years have contributed to mass die-offs. Now mussels are much smaller in size and tend to be far fewer in number.

Through the process we also documented that changes to rainfall and temperature have altered the time when some plant foods appear. This is particularly true for plants that depend upon cultural burns to flower or put up shoots. This in turn has meant that the timing of collecting and harvesting has changed.

A key part of this process was developing a mutually beneficial partnership between traditional ecological knowledge holders and western scientists. It was critical to establish a relationship built on trust and respect.

Walking the country first – seeing rivers, mangroves, beaches, headlands, bush, wetlands, and looking out at Sea Country – helped researchers understand the perspectives of Traditional Owners. Honouring experience and knowledge (especially that held by Elders and Indigenous rangers) was important. Indigenous cultural and intellectual property protocols were recognised and respected throughout the assessment.

Respecting and working collaboratively with Traditional Owners as expert scientists in their own knowledge system was critical for success. Any effort to incorporate traditional ecological knowledge in climate change assessments must protect sensitive traditional knowledge.

As climate change will continue and accelerate, we must work together to minimise resulting impacts on the cultural heritage of First Nations peoples. 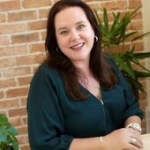 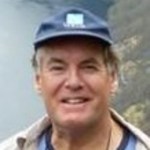 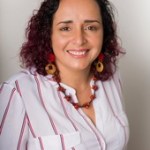 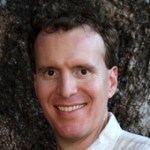