We humans are social beings.

As such, feeling socially accepted and included forms part of our sense of security, along with access to food and shelter.

However, inclusion is not a one-way street, as to be included, means accepting and including others as well.

The definition of inclusivity can range from being acknowledged, such as being listed, through to fitting in, where how we look, talk and behave are standardised. But to actually feel included without question, implies a sense of belonging — a sense that enables rather than disables us from being our true and therefore most secure selves.

Our individual and collective social norms — the rules or expectations of society — constantly change to cater for different types of inclusivity. These norms are expressed through language, rights and power.

Each of us, therefore, if we seek social security, has a responsibility to hold ourselves and our governing bodies accountable to ensuring we support rather than oppress truly inclusive behaviours across social settings.

In practice, however, we make and express assumptions that limit genuine inclusivity; inclusive accountability can help.

Here, we provide a guiding framework of accountability to assist in realising inclusivity. We can practice this accountability in both our individual and collective social roles (e.g. as a friend, co-worker, guardian, citizen, employer, a prime minister).

For example, in his impassioned acceptance speech, Anthony Albanese expressed a commitment to changing the way politics operates in Australia by governing inclusively, citing an intolerance for division and marginalisation.

He continues to make various pledges and commitments towards inclusivity (e.g. Indigenous Voice to Parliament, gender equity and a culturally diverse cabinet), promising to amplify representation of the often voiceless, invisible or marginalised members of the community.

If not done carefully, however, attempts at inclusivity could further confusion, conflict and polarisation, creating conditions that fuel phenomena like racism, sexism, classism, ageism, or ableism.

If we, as individuals and a collective society, are truly committed to embracing new and diverse perspectives, we must accept that these processes will challenge ‘normal’ or dominant representations in dialogue, politics and policies.

The challenge of transforming the ‘normal’ in our reality begins with understanding how we each experience the world around us.

How we experience reality is exclusive

The way our brains have evolved means that we each create a personalised version of reality.

Our brains do this by sorting through an ongoing stream of information to generate our unique sense of the world.

For example, our brains are capable of processing 11 million bits per second of information, but they refer to only a minuscule fraction of that information to the conscious mind (approximately 50 bits per second).

The shortcuts our brains take in these referral processes can lead to differences in how we perceive the world and behave with respect to others.

These mental sorting processes and filters are influenced by our position or experience in the world, including socially-ascribed privileges (e.g. gender, class), cultural groups, education, physical attributes and wealth.

As a result, our mind creates incomplete constructions of reality, resulting in gaps between individual realities.

What comes to be the real challenge for inclusivity, then, is that our individual experiences of the world are only an approximation rather than a complete representation of reality.

This approximation affects what we can see as ‘real’ and what we cannot see at all, making some aspects visible to us as reality and leaving others invisible.

Inclusivity, if done well, accounts for these differences.

To make inclusivity possible means we first need to create space to make the invisible visible to one another. We can do this by questioning our dominant assumptions and by empowering those who are marginalized in actively including the ‘other’.

Inclusiveness requires accounting for different realities without relegating them to an ‘other’ category.

The ‘other’ is a product of differentiation that can be either direct or indirect, intentional or unintentional. This kind of categorisation can generate particular sets of power dynamics.

The ‘other’ can be subjected to marginalising language, denial of rights or responsibilities and a caricaturising that can diminish their experiences of reality as the non-dominant ‘other’.

To be accountable, therefore, we need to pay close attention to at least three aspects of how we express reality: language, rights and responsibilities, and the distribution of power.

Accounting for language, rights and responsibilities, and power

In seeking inclusivity in both daily practice and policy processes, we have developed an accountability framework that involves three phases.

The phases are to: deconstruct language to determine if it serves to marginalise or exclude; make sense of how language entangles rights and responsibilities for different actors; and account for diverse experiences and practices of reality.

These constructs are imbued with assumptions, enabling categorisations (e.g. men, women, transgender, disabled, poor, immigrant) that come to define and determine which policy interventions are appropriate, or possible, and for whom.

For example, analysing the use of language in public discourse can reveal the ways in which we each experience the world.

By analysing — deconstructing — language, we can reveal the assumptions that underpin the ways in which reality is described in public discourse and policy. Doing so reminds us that we each create a personalised version of reality, as a cis-person, a person with a chronic illness, a parent, or a migrant.

Whoever doesn’t quite align with our experiences of reality could easily be placed into an ‘other’ or different category, of a reality we cannot truly know or are inherently blind to by differentiation.

Examples might include the reality of being non-binary, healthy, a person who has not experienced parenthood or someone who has never been subjected to racism.

For example, policies within common law systems of property rights often represent objects as ‘tangible’ and ‘discrete,’ such as livestock, trees, and water. This categorisation enables further actions such as the assignment of property rights, whereby one could own an animal or have exclusive rights over resources, including trees or water.

The assignment of rights permits exclusive possession, allowing the rights holder to exclude people from their ‘property’ or to exclude others from accessing resources.

While these rights might seem ‘normal’ and just to some, they reflect only one paradigm, which can conflict with ‘other; paradigms, such as those of First Nations and Indigenous peoples.

For instance, without the notion of property or ownership, a First Nations or Indigenous paradigm of reality would invoke rights and responsibilities differently. Here, to continue the example, sources of nourishment in the form of trees and water have their own rights as autonomous beings, and responsibilities of care would be reciprocal instead of domineering.

Representations in policies, therefore, present the possibilities for which interventions are most appropriate, and for which people, groups, species or entities.

Transformation requires making space for diverse experiences and practices by the individual and the collective.

Genuine transformation requires a humble and open mind; it requires a shift from needing to understand ‘how’ it might be the case that someone’s reality could be so different from one’s own to accepting it as so.

It acknowledges that each person has their own unique experience of reality, requiring a commitment to accepting their realities, their lived experiences, hearing their stories and ensuring they are included in policy, politics and discourse.

Those already in positions of power must champion for those still excluded from engagement in policy processes, continuously asking: who governs; who and what is governed; and how does governing proceed with ongoing redistributions of power.

The Uluru Statement from the Heart serves as a prime example illustrating a social demand for transformation and the many processes required to negotiate the terms of the movement meant to strengthen the governance and voice of First Australians.

Working towards transformation can include making space through ‘assumption diplomacy’, where a ‘not possible’ or ‘don’t know’ can turn into ‘maybe’, ‘could be’ or ‘is’. This approach can allow individuals and groups to cross the divide, creating “common worlds” and “common futures”.

To succeed in transforming society and government towards inclusivity in practice, we each need to be transparent and held accountable for the way in which language, rights and power are used.

This transparency will be particularly important for the Albanese government if is to seek genuine inclusivity.

Transformation toward inclusivity is easier to facilitate for those in positions of privilege and power, who are often already parts of the structures that set policy discourses, institutions, and practices.

Commitment to inclusivity would invoke a responsibility to enabling those previously excluded from power or privilege by championing their engagement in policy processes and doing so on their terms.

If empowerment is not possible within existing structures, the next step is to consider reform and/or taking the time to become more informed.

It is important that we do not underestimate the value of opening our minds to the new.

To reduce injustice and herald genuine and systemic inclusivity in a way that empowers rather than marginalises, we need to practice as individuals and as part of the collective to continuously make space for uniquely different experiences of reality.

The full research report can be freely accessed here: Inclusivity via ontological accountability 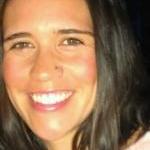 Dr Katie Moon is HDR coordinator and senior lecturer in the School of Business at UNSW, Canberra.

Katharina-Victoria Perez-Hammerle is a PhD candidate at the University of Queensland.