Some years ago, I did a Harvard program called “strategic deal-making for business”. I followed on with a master’s unit in strategy at Edinburgh Business School that focused on strategic deals.

I started to talk about it with our mostly public sector clients. Almost all of them said they “don’t do deals” because they are too commercial, too crass.

A deal is “an agreement between two or more parties to their mutual benefit”.

I’m happy to hear of a pithy word that encapsulates what a “deal” entails, but in the meantime let’s look at how to create one.

Procurement is just a process, isn’t it?

Most procurements lean towards a common process: write a requirement, issue a tender, evaluate, negotiate, sign the contract and get on with it. It’s failsafe, easy to execute and OK if the procurement is for something simple.

When I say “simple”, I mean transactional – buying pens and paper clips. It’s where you don’t seek an ongoing relationship and the requirement is simple to define, without ambiguity, and there is competition in the market.

But most procurements aren’t like that. They’re complex. The requirements are ill-defined, the contractor is engaged in the buyer’s business outcomes, and there’s an element of risk where the ability to mitigate the risk lies with both parties.

Competition is key to value because sellers stress themselves to be the winning response. In theory, this delivers the most competitive price. But competition doesn’t always give the best value, especially when the cost of entry is high.

Consider a government client of ours who wanted to take an incumbent supplier, with whom they were (reasonably) frustrated over price, through a competitive tender. Tendering was, of course, the default. But this incumbent of several years had already won the role through a competitive tender which, at that time, funded millions of dollars of non-recurring start-up costs.

Every supplier had that cost in the original tender response, but the second time the incumbent had a competitive advantage. The playing field was uneven and the incumbent’s price only had to be marginally less than the next competitor’s. This competition didn’t provide the best price, just the best competitive price. The buyer could discount the non-recurring start-up costs – but that would have been an own goal.

So, we created our own competition and built a business model for the incumbent, working out what they should have been earning with reasonable costs and profit margins. Ultimately, we offered a long-term contract without competition if they could match or better our model. The incumbent reduced the price by 30%, about $30 million per annum, without the cost of tendering and risk of transition and with almost no change in delivered services.

Competition is key but tendering isn’t always the only way to achieve it. Think strategically about how you wish to engage and how to create the deal that you want.

If competition is key, why do we stop early?

I speak heresy here. The traditional tendering process has the buyer publish the requirements, evaluate responses to establish the best value offer, enter negotiations and close the deal.

Perhaps the most common call I get goes along the lines of, “we have just finished evaluation and we have 300 issues we need to negotiate. Can you facilitate a workshop so we can work out our positions?” Alternatively, I turn up to assist with negotiations and receive a list of issues and positions. That’s the definition of positional bargaining: I have your position, I have mine – let’s argue.

Maybe they have misread or made an assumption. Maybe they read what we wrote in an unintended way. It’s pretty rare to write a document with even a few pages and have your boss say, “Terrific, I understood what you meant, no changes, no misunderstandings, no misinterpretations”. Why do we think we can write a complex document, sometimes thousands of pages long, that has sometimes taken years to write, and expect a seller to understand exactly what we mean?

A couple of years ago, I walked into just such a client team and remarked on how excited they must have been. They had completed the RFT and the evaluation and were about to enter negotiations – the final stage. They shuffled their feet and said: “Suppose so. We actually prefer the other company but they were $15 million too expensive.” I asked if they had confirmed. “Yes”, they said, “we asked if their price was correct, and they said it was. This selected offer is best price and affordable, but we aren’t confident of their solution.”

This client had courage and agreed to try a parallel negotiation to see if the weaknesses in either tender could be remedied. That meant building a model that allowed for ongoing evaluation of value for money during negotiation. In negotiation you can ask questions and change both the question and the answer to derive the best value. We did just that, and the value for money result changed to the delight of (almost) everyone.

Beyond the process trap

If you accept the process of competitive tendering might not always deliver the best outcome, what does? Let’s move beyond process and consider first principles of strategic negotiations. It’s worth it for the big, the complex, the multi-party deals.

You need to do three things in strategic deals:

The first challenge is understanding your value. This is relatively easy in the private sector, where it’s mainly about money – the bottom line.

It’s more challenging in the public sector. How do you measure the value of a social good, and what elements are more important than others?

You have to identify these values and interests because you can’t create a deal that meets your needs if you can’t articulate what your needs are. Your values guide your objectives and help you identify the boundaries you don’t wish to cross along the way. This is what forms your strategy.

I like to draw it with fat lines and shades so you have room to manoeuvre, but the general direction and path to get there ought to be fairly clear.

Secondly, understand and align the issues and interests of the parties. Make sure you capture what you know already, and use the engagement to discover more. Look for people and organisations with influence who are not “at the negotiating table”, but are sitting behind or off to the side. They may have the influence to derail a deal.

Strategic deal-making usually requires negotiation with more than one party, not all of them obvious, and often on your side..

The engagement, negotiation and tactics at the table generate the most excitement and adrenaline. It’s where most training is focused. It’s essential to be good at this but this is the tactical end of deal-making, not the strategic, so keep it in context.

Use engagement and tactics to discover, propose and adjust but this activity is just part of the strategic deal-making process. Yes, it will give you a deal, but without forethought and planning, or insight and preparation, it’s a rush to a poor deal.

Think about deal-making, not procurement. Think strategically, not tactically. 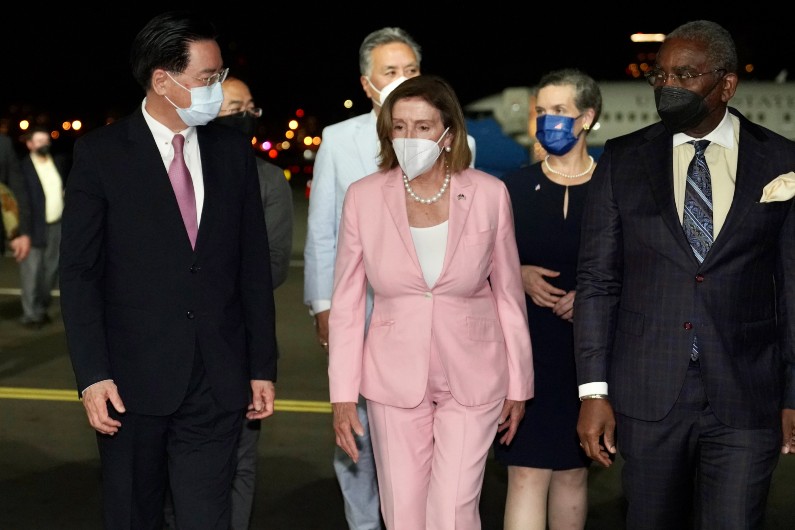 Australian ministers have avoided doing a Pelosi for almost a decade. Why is that?

By Michael Sainsbury
Balancing relations with Taiwan as China ramps up the sabre-rattling will be a touchy foreign policy challenge for the Labor government. 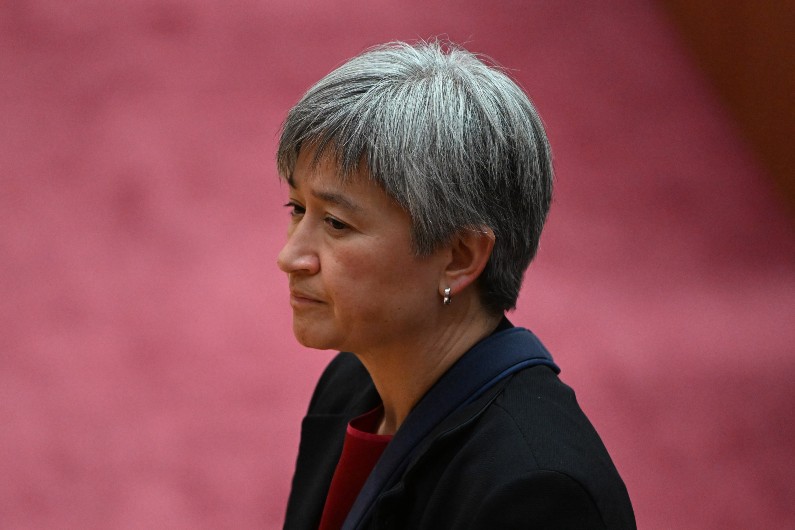 Wong joins US and Japan in condemning China’s actions 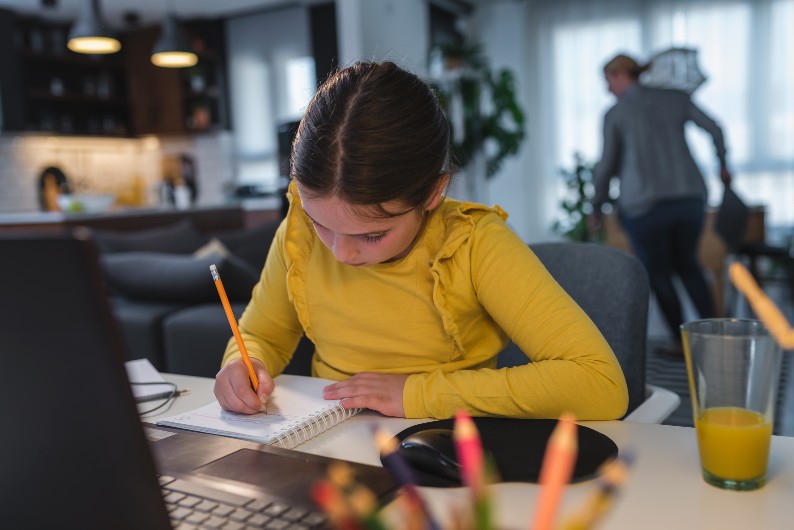 By Nick Thieberger
The Pacific and Regional Archive for Digital Sources in Endangered Cultures has created a major collection of language records covering indigenous languages of the Pacific, including Australia and PNG. 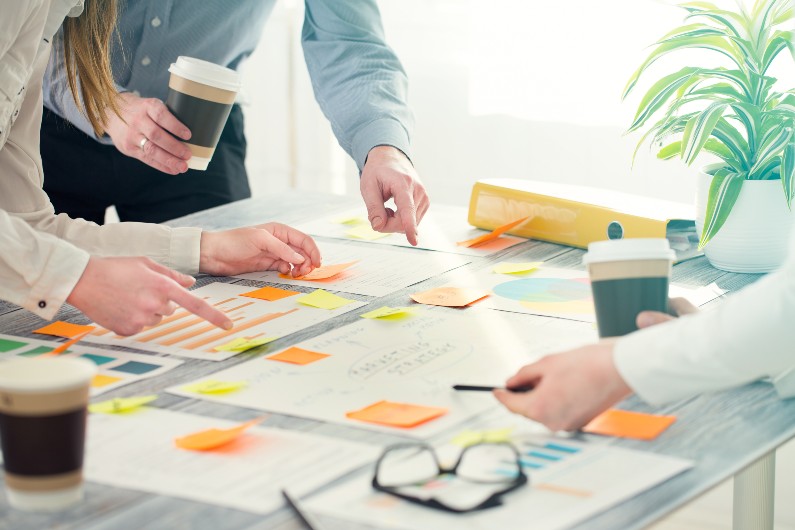 How to thoughtfully name government services

By Amy Morris
When a name for a government agency or service doesn’t fit, it’s confusing and can lead to misunderstandings. 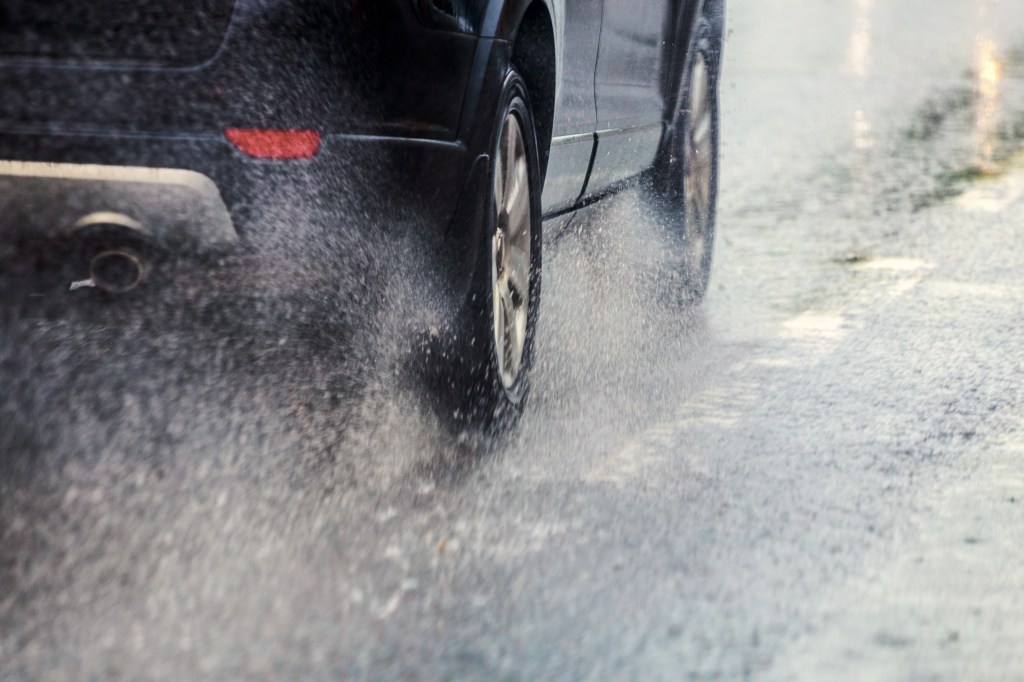 A wet spring: what is a ‘negative Indian Ocean Dipole’ and why does it mean more rain for Australia’s east? 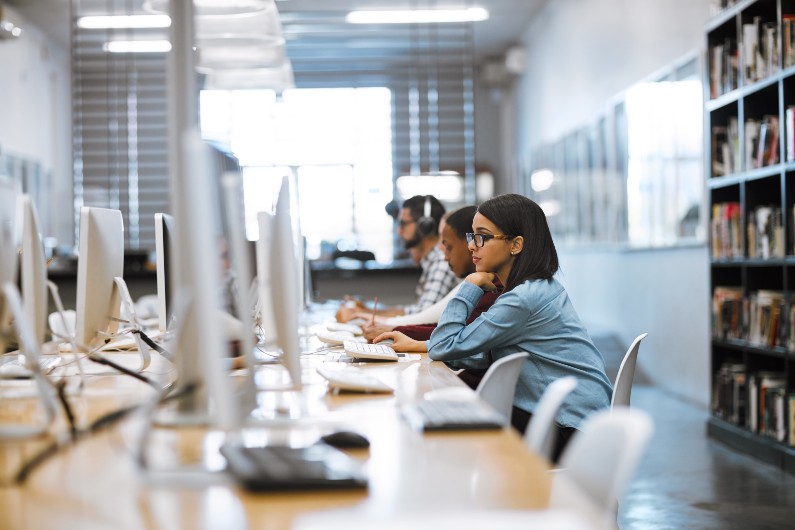 By Binoy Kampmark
Students lacking financial support and facing ever more exploitative programs that disadvantage them will always find a way to get their degree. 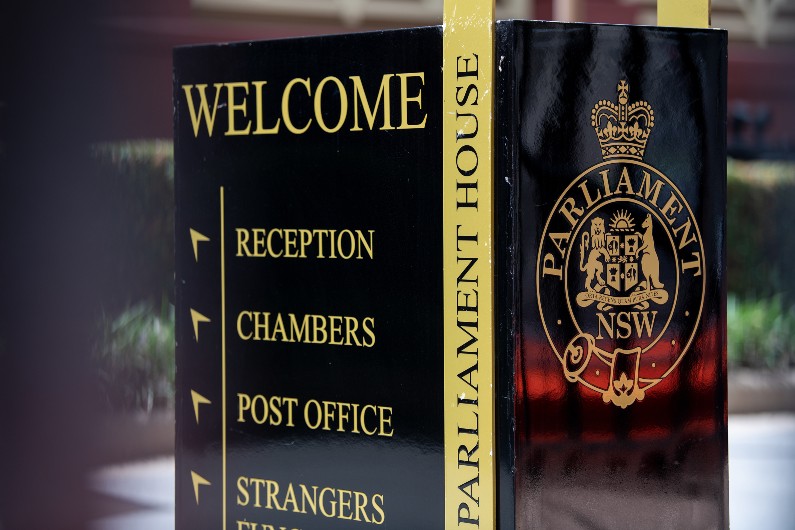 Truth in hindsight: public service commissioner would not have endorsed Barilaro

By Anna Macdonald
NSW public service commissioner Katharina Lo would not have endorsed John Barilaro if she knew then what she knows now. 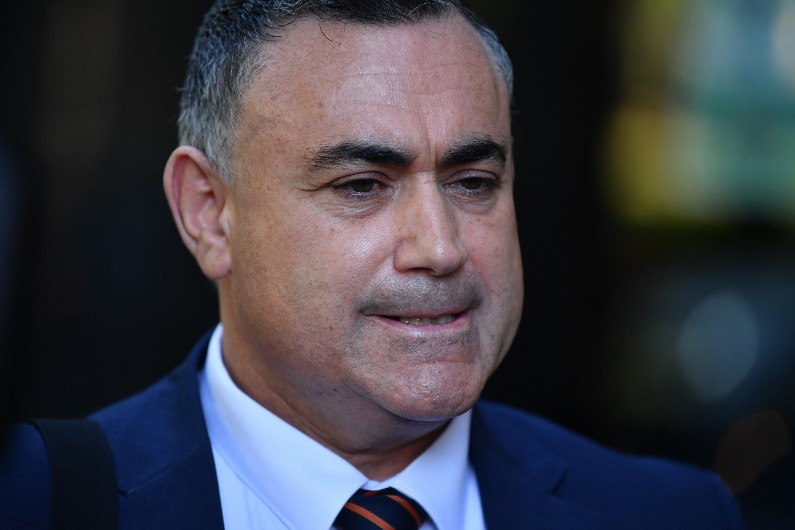 By Anna Macdonald
Investment NSW managing director Kylie Bell said she texted Barilaro about his success on May 23, and then later had a call with him the following day about his successful application to the role. 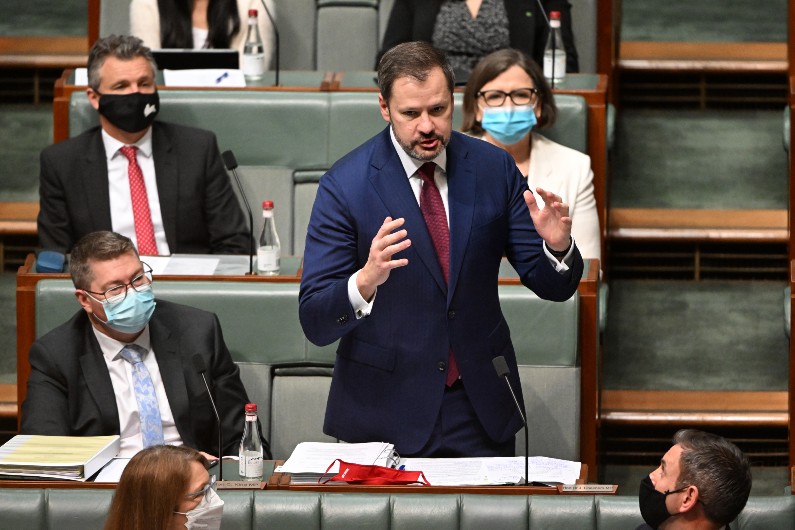 Government gets serious about getting more women working in STEM

By Melissa Coade
Industry and science minister Ed Husic is behind a national push to encourage more people to consider a career in STEM. 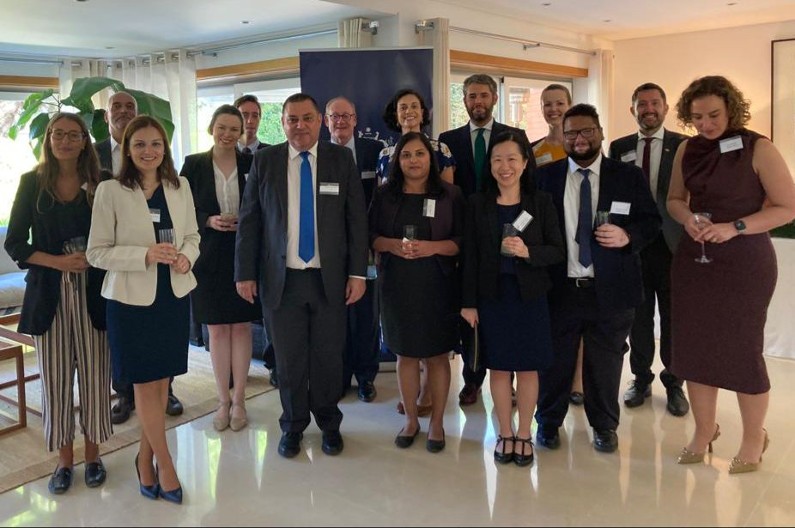 By Tom Ravlic
The ATO website says one of the purposes of tax treaties is to eliminate or minimise the prospects of companies avoiding taxation.