The COVID-19 pandemic and a series of natural disasters have exposed the fragility of our health, economic, environmental, and social systems. They have highlighted the extent to which these systems interact to profoundly influence both wellbeing and economic performance. A popular awakening to this concept and the new Labor government’s willingness to acknowledge this global movement has catalysed Australia’s momentum towards a new economic model, the Wellbeing Economy.

A Wellbeing Economy is one that privileges an inclusive, holistic, and balanced approach to development, aligning collective wellbeing and social prosperity with traditional economic and commercial interests. While seeming to follow in the footsteps of Scotland, New Zealand, Iceland, Wales, and Finland, Australia’s acknowledgement of the importance of considering wellbeing within economic policy is not new.  It dates back more than 50 years to the release of ‘The Meaning and Measurement of Economic Growth’ (Treasury, 1964) and ‘Economic Growth: Is it Worth Having?’ (Treasury, 1973). These papers were followed by a change in Treasury’s mission statement in October 1997 to include wellbeing as an institutional objective. This precipitated the development and evolution of a wellbeing framework (Treasury, 2004; Treasury 2012).

Despite these foundations, Treasurer Chalmers’ Wellbeing Budget in October 2022 will be the first in Australia’s history to put citizen wellbeing at the core of budget decisions. While this will be an important milestone, ongoing accountability relies on the specifics of our measurement of progress. The Measures of Australia’s Progress (MAP) project established by the Australian Bureau of Statistics in 2002 sought to measure and monitor a broad range of societal wellbeing indicators (e.g., population health, education, community connectedness), the economy, the environment, and governance (e.g., civic participation, trust, rights, and responsibilities) to supplement GDP as a measure of national prosperity (ABS, 2013). However, budget cuts by the Abbott government in 2014 marked the end of the collection and publication of this comprehensive set of indicators.

As we now revisit the task of finding suitable measures to track our transformation into a Wellbeing Economy in Australia, it pays to reflect on the ongoing dominance of GDP as the primary indicator of national prosperity. This dominance is despite decades of development of dozens of other comprehensive, multi-dimensional indices, often presented as dashboards. Considerable work in this tradition has been associated with the ‘beyond GPD’ research program. This was triggered by work originally done for the Sarkozy government in France two decades ago (Stiglitz, Sen, and Fitoussi 2010).  The subsequent development of key ideas along these lines has been supported by the OECD (Stiglitz, Fitoussi, and Durand, 2018a and b).

While indicator dashboards have the advantage of reflecting a holistic view of what a nation values, and provide a more nuanced story of progress, they lack the simplicity and rhetorical power of a single indicator like GDP, whose current and projected value can be regularly reported on the evening news. Comprehensive dashboards can also send a discouraging message of complexity to governments, that policies and investments to strengthen a Wellbeing Economy must be so all-encompassing and long-term as to render them unimplementable and unaffordable. Also, what does success look like? The Scottish government has adopted 81 indicators for the measurement of progress toward their Wellbeing Economy. While laudable, this begs the question: if the measure of a government’s good management of a Wellbeing Economy requires improvement across 81 indicators, does this new economic model have any hope of prevailing?

While composite indices have been developed that normalise, weight, and aggregate dashboard indicators, this process results in scores tending to remain highly stable over time. An outstanding example of this paradox of comprehensiveness co-existing with stability at the aggregate level is provided by the Legatum Prosperity Index (Legatum Institute, 2021).  Approaches like this send a signal to policymakers that there is little urgency for action to improve these broader indicators of national prosperity, particularly compared to the quarterly fluctuations of GDP that typically prompt swift response from policymakers.

So, measuring progress toward the Wellbeing Economy requires a metric that addresses not only these issues but also the misleading understandings that GDP propagates. This damaging, implicit intellectual rigidity came to the surface when Joe Hockey in 2014 famously categorized Australians as either ‘lifters’ (those who contribute to the market economy) or ‘leaners’ (those who do not), further emphasized by Scott Morrison’s dichotomy of the ‘taxed’ versus the ‘taxed-nots’ in a major address as Treasurer two years later. Such statements reinforce the underlying message of our primary indicator of national prosperity (GDP); that the contributions made to society and the economy by those not in the formal labour market are not valued.

GDP also excludes the social foundation of productivity, especially labour productivity, captured in GDP.  For example, on-the-job training is crucial for workforce development – but quality training of this nature takes time.  In the short run, declining levels of on-the-job training result in more output per hour in the workplace. This ‘gain in GDP’ comes at the cost of developing the next generation of skilled workers, a prime source of current ‘skill shortages.’

The foundational paper of the University of Sydney’s Mental Wealth Initiative outlines the program to Measure, Model, and Forecast the Mental Wealth of Nations (Occhipinti et al 2022 see also plain language summary).  Mental Wealth is a new measure that captures but broadens GDP by including the currently invisible value created by social contributions (or social productivity) and social capital infrastructure that strengthens the social fabric and resilience of communities and nations and enables human flourishing. These social contributions include time spent on the delivery of unpaid education and care of children, care of the sick, elderly or disabled, civic engagement, the creative arts, ecological restoration/rewilding, and volunteering to name a few.

Participation in unpaid socially productive activities builds trust through reciprocity, develops social connectedness, improves individual and collective quality of life, physical and mental health, labour market outcomes through skills training and access to the labour force, and it enhances the economic viability and resilience of entrepreneurial ventures. All of these activities ultimately reduce impost on government expenditures.

Overcoming some of the key limitations of existing dashboards and indices, the Mental Wealth measure monetises the value generated by both the economic and social productivity of its citizens. Rather than being an aggregated index of wellbeing indicators, Mental Wealth is a measure of the economic and social value that arises from mental capital, mental health, and wellbeing underpinned by good population health, education, community connectedness, environmental health and diversity, civic participation, trust etc. Put simply, Mental Wealth is a measure of the strength of a Wellbeing Economy that will be instrumental in assessing the future success of policies and investments to improve Australia’s prosperity under this new economic frame.

While dashboards remain important, without a new overarching measure of progress, GDP will remain uncontested as ‘the’ aggregate indicator of national prosperity, putting in jeopardy the successful transition to a Wellbeing Economy.

Australia is getting a wellbeing budget: what we can – and can’t – learn from New Zealand 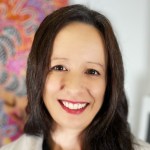 Associate professor Jo-An Occhipinti, PhD, is co-director of the Mental Wealth Initiative and Head of Systems Modelling, Simulation & Data Science at the Brain and Mind Centre, The University of Sydney. She is also managing director of Computer Simulation and Advanced Research Technologies (CSART). 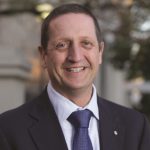 Ian B. Hickie, MD is co-director, Health and Policy at the Brain and Mind Centre, University of Sydney. 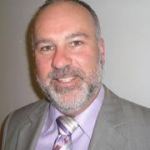 Sebastian Rosenberg, PhD, Senior Lecturer at the Brain and Mind Centre, University of Sydney and Fellow at the Centre for Mental Health Research, Australian National University.