On Australia Day, we rightly celebrate what it means to be an Australian — to live as freely and prosperously, and as safely and securely, as any one possibly can on this planet. We will celebrate these truths at the various festivities of Australia Day, which is marked by community and family events, official community awards ceremonies, such as the naming of the Australian of the Year, citizenship ceremonies welcoming new citizens into the Australian community, and of course a public holiday spent with loved ones and friends, with joy and merriment in the Australian summer.

Of course, it is also the day that we formally commemorate the founding of a British colony in Sydney in 1788. As we rightfully enjoy Australia Day and its festivities, I would contend that it is worth pondering the significance of the events of 1788 in the broader context of the Australian national story. That story is one fundamentally of settlement, from its distant indigenous origins, then by way of the British foundations of our modern nation which were laid on this day in 1788, and then again by way of wave after wave of migrant arrivals thereafter.

The oldest, continuing civilisation, which is that of Australia’s indigenous peoples, settled here so long ago that we do not really know when or how they came to inhabit the land. But inhabit it they did, even if we thought for more than two centuries that the land had been devoid of organised human presence prior to European settlement, or terra nullius. Then on January 26, 1788, in the name of His Majesty, King George III, a captain of the Royal Navy took possession of the land which was to be known as New South Wales. Today, the British foundations of our political, social and cultural order, are not often discussed or recognised. Some indeed argue that we should observe another day as our national day — either because of the act of dispossession and dislocation that occurred when the British claimed the land through (some contend) an act of conquest; or because we have outgrown our origins as a British colony, and celebrating the arrival of the First Fleet is somehow embarrassing or quirky.

“We should always re-evaluate our history and look back on events and trends in the light of contemporary norms and learnings.”

But how can we “outgrow our origins”, much less forget them? We should always re-evaluate our history and look back on events and trends in the light of contemporary norms and learnings. Indeed, we are doing precisely that today through the discussion about the proper recognition of Aboriginal and Torres Strait Islander peoples in our constitution. Some suggest that until we do that, we are not a complete commonwealth, at least in constitutional terms. We can and should re-appraise the past and make good where that needs to be done. But we cannot forget or ignore the past. It lives in us today, and will do so tomorrow.

And so, what do we really commemorate on January 26? At one level, that is a straight-forward question, with a straight-forward answer. The First Fleet, having sailed halfway round the world, established the colony that over the ensuing two centuries would evolve into one of the most prosperous, free and fair societies on earth. But in 1788 that was far into the future and in the realm of fantasy. Those who landed here had no idea of how things were going to turn out, and were focussed in those first days on surviving as opposed to building a nation. They had no clear conception of the land, or its original inhabitants, and they did not yet have a coherent cartographical view of Australia. They did not even know if the east coast where they had landed was a separate landmass from the lands that they knew to exist (from old European maps) further west. Explorers were to spend some decades circumnavigating the island continent and mapping its interior.

The early colonial story is to my mind a remarkable story of historical achievement and human development. Within a century of these fraught origins, Australia would become one of the richest nations on earth in terms of income per head, and a mature society which was able to achieve nationhood by way of the federation of the colonies in 1901, without war, strife or commotion.

We should therefore not forget what this day commemorates — what was then, and what has been brought into being since. The settlement of Australia was part and parcel of the global expansion of the British empire. The British in the 18th century were the Romans of their day. The empire was ascending to its heights and London was becoming the centre of all things. With every passing year, we move further away from the vestiges of these colonial origins that came about as a consequence of the imperatives and decisions of an expanding Empire. But we must never forget that legacy. If you doubt this, ask yourself this question: what did these imperial, red-coated Romans ever do for us? What, other than giving us:

Apart from these things, what indeed did the British ever do for us?

And yet, for all of these accomplishments, we would never become a more complete Commonwealth if we had clung to the original conception of Australia as being “Britain beyond the seas”. For nearly two centuries, Australians saw themselves as either “Britishers” or as members of the global family of “the white race”. As we know, one of the first acts of the new Commonwealth Parliament was an act to restrict immigration, and in its application it was properly described as underpinning the basis of “White Australia”. We built defensive walls to insulate ourselves from a puzzling and hostile outside world, and especially the Asian region around us. Up until the 1970s, we saw ourselves as living in a sheltered land, transplanted from our “home” in the north Atlantic.

Can we imagine what would be our standing in the world, if today we sought to preserve those walls and that insularity? If we were required to oversee an immigration program which was designed to ensure that Australia remained “white”, with all of the racial discrimination that that would require? And so today we also recognise that for all of the beneficial inheritance that is ours as a result of the act of British settlement in 1788, we would never have become the Australia that we are today without the dismantling of white Australia, and the reversal of discrimination in immigration (which was only finally achieved in the early 1970s). We would never have become the Australia that we are today if we had not undertaken the remarkable program of managed mass migration and settlement after World War II. Of course, as we know, that is when the department was established (in July 1945), and we celebrate its 70th anniversary later this year.

“I see, however, “engagement” with the world as taking the place of “settlement” at the heart of the Australian story …”

If in looking back the Australian story has been one of waves of settlement, is that necessarily our story yet to be written? I would contend not necessarily. I am not suggesting for a moment that settlement is not longer part of our future story, much less that we are “closed” to future migration. Australia will of course maintain a permanent migration program, which is so crucial for our long-term economic prosperity and our demographic health.

I see, however, “engagement” with the world as taking the place of “settlement” at the heart of the Australian story and consequently necessitating a redefinition of our mission. Engagement in the world at large and specifically in the Indo-Pacific region around us will be increasingly what defines our national story. Globalisation is of course driving this engagement — it creates the pressure to engage, and the platforms from which to engage. But it is the Australian character which enables us to fully embrace these platforms and opportunities of engagement, and as a result we stride comfortably and confidently in this globalised world. We travel, work, invest and study overseas, we engage in partnership with companies and individuals around the world, and we do so through every imaginable technological device and system, and we trade with anyone and everyone who will buy our goods or sell us theirs. Equally, we now welcome all to our shores, subject only to their observance of our laws and identification with our values. People from all over the world come to Australia to holiday, work, study and engage in commerce. Some, of course, come to settle here and commence new lives.

It is always going to be the case that we were, and therefore will always be, a “settler nation”. The ancient indigenous heritage, a British foundation of social and political order, and the multicultural diversity of our immigrant society will always co-exist on our island continent, and in our hearts and minds. But we should increasingly reframe our national self-understanding and speak more of engaging with the world, and not just settling our land. The vestiges of insularity and living ensconced in our sheltered land, far from our ‘home’, have passed away, and as we gain ever more self-confidence and independence of national thought and action, we should look back on our settler origins and see them for what they represent — the foundations for modern Australia, and magnificent foundations at that, but never the final and complete definition of our story.

“For us as a department, we should assist in this national endeavour by re-framing how we see our role.”

For us as a department, we should assist in this national endeavour by re-framing how we see our role. Yes settlement will be an ongoing element, but the mission of mass migration that was set for us in 1945 is long accomplished and should be declared so. More than settlement, we should look to become Australia’s gateway to the world, and the world’s gateway to Australia. On occasions, at times of heightened threat such as caused by terrorism or pandemics, we will need to act as the gatekeepers and as necessary man the ramparts and protect our borders. But the overwhelming and predominate role of the department will be to act as the open conduits of Australia’s engagement with the world around us, whether for the purposes of trade, travel, or migration — for time limited purposes or for tomorrow’s settlers. And how different will tomorrow’s settlers find tomorrow’s Australia: a unique society and culture in a unique land, a fusion of the ancient and the modern, proud of the ancient culture of our first peoples, our British legacy and our multicultural unity-in-diversity.

So on Australia Day, as we celebrate what we have become, let us reflect on those first settlers of 1788, and those who came after them. It is the duty of every generation to build something which can be passed to the next and to those who in turn follow them, such that the nation is built up in every age. The colonial settlers of 1788 were by no means perfect and nor was the system of empire which sent them — but they did their part in building our nation, even if they could not fully appreciate what they were doing and what they were building. As we enter this year of building something new for the nation — a new Department for a confident and engaged nation — let us remember where we have come from and how that has helped to shape where we are going.

This is an edited speech to Immigration Department staff given by Michael Pezzullo on January 26.

A nation beyond? Reframing migration, settlement and engagement | Value for Money

[…] Protection, has called for his department to “reframe” how they see themselves. In a speech to staff extracted to the Mandarin, he […] 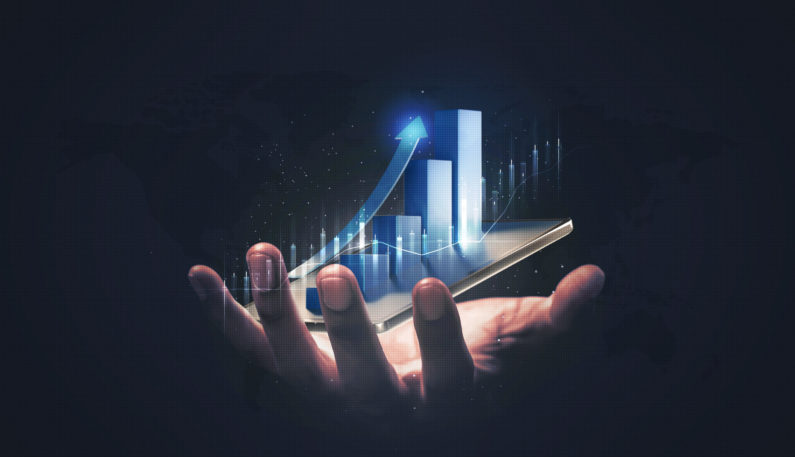