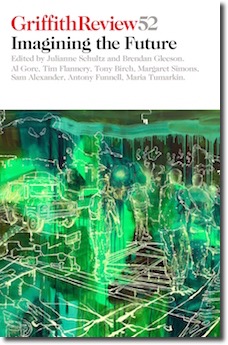 As institutions of contemplation and critique, universities have been thinking much about mission and purpose. The role of the university in the world has become a quiet preoccupation for those within the walls. As tertiary institutions become large economic players, important for surrounding communities, what obligations and opportunities — and what moral imperatives — lie before the public university?

For all universities, teaching and learning are central. But emerging over recent decades has been a sustained discussion of a “third mission”, labelled variously as knowledge transfer, community relations, industry partnership or, simply, engagement. While not yet a completely coherent or settled attribute, with the precise language and metrics associated with teaching and research, engagement has found an institutional home in many universities.

Engagement builds on a long tradition of civic contributions — galleries, theatres and lectures offered to a broader public, annual open days, public festivals and sports events. There have been long-standing commitments to neighbourhoods. The University of Chicago has worked hard to address disadvantage in its neighbourhood. Similarly, the University of Pennsylvania in Philadelphia developed community partnerships under the “Penn Compact” as a public commitment to inclusion, innovation and impact. Penn has formed ties with local elementary schools, encouraging Penn students to spend time assisting school classes. The university has built a new public common next to the football stadium, and encouraged urban farms on institutional landholdings.

In the United Kingdom, the debate around an engagement mission for universities was encouraged by a number of public reports and, from the beginning of this century, a national commitment to “third-stream funding”, a new phrase in the tertiary education lexicon. This program sees substantial public funds distributed each year to encourage collaboration with the private sector, government bodies, charities and community groups. Projects should speak to research and teaching activities so engagement enriches every part of the institution. A Higher Education Funding Council for England review in 2008 found three-quarters of British universities had integrated third-stream activities into their mission, though some critics question whether third-stream funding has translated into meaningful commitments, particularly by elite institutions.

Australian governments have declined proposals for similar funding of third-stream schemes, despite endorsement in reports such as Higher Education at the Crossroads, commissioned in 2002 by then-education minister Brendan Nelson. Nonetheless, local practice has developed. The University of Melbourne, for example, embraced “knowledge transfer” in 2005 — a commitment to bind closely research, teaching and engagement, and support it through dedicated senior leadership and funding schemes for worthwhile projects. Here the intention was not just “giving back”, but a commitment to a dialogue with society and industry.

Can engagement mean more than bolting additional activities onto an existing structure, and instead go to the core of the university mission? There are three prominent strands in the engagement discussion. The first is civic in spirit, as universities open the cultural and intellectual riches of campus to a public wider than staff and students. For some institutions this means collaborative work with indigenous communities and projects abroad that combine study with volunteering. The strong presence of Australian universities in Timor-Leste underscores a mission beyond immediate education and research goals.

“A second strand is global outlook: creating the university as a hub for international exchanges and learning …”

A second strand is global outlook: creating the university as a hub for international exchanges and learning, a task made easier by digital technologies. The third characteristic of engagement is the ideal of economic contribution. This began with a promise of technology transfer, in which research findings flow “downstream”. It has become, over time, a commitment to economic prosperity through patents, spin-offs and incubator programs for start-ups by students and staff. The agenda has broadened to include student interest in employment skills through work-integrated learning, internships and mentoring. Engagement now sees “enterprise professors” appointed in many public universities, developing personal connections between the worlds of academia and industry.

Taken together these strands point to a rounded idea of engagement, not strictly speaking a third stream but a means to enhance the traditional university mission. Yet tensions remain. Not all teaching aims at employment, nor does all research produce “impact”. The scholarly vocation has its own logic, its own specialisation that talks to peers rather than industry. The challenge is not to replace traditional activities with engagement but, instead, to integrate them — drawing engagement into the design of teaching and research so each reinforces the other.

Meanwhile there are models close to hand to suggest how research, teaching and engagement can work as a single enterprise. While much talk of industry engagement uses examples from engineering — advising car manufacturers on design or developing new materials — an integrated approach has long characterised medical education in Australia.

Medical schools are closely aligned with hospitals, and usually co-located. Students encounter patients and the routines of medical life through clinical rounds. Work-integrated learning, internships and mentoring are all standard in teaching, particularly for upper-year students. For staff, offices within hospitals are unremarkable. Medical academics conduct clinics, teach and research as part of hospital duties. The exchange with patients can be particularly fruitful — the clinic is a place to understand ailments and conditions first hand, and incorporate observations into research analysis. The hospital offers patient populations for clinical trials and so, in turn, gives patients early access to new research. The result is a workplace where teaching, research and engagement interact constantly, contributing materially to healthcare in Australia.

This capacity of universities to integrate disparate activities has not been missed by large technology companies. The Microsoft “campus” in Redwood, Washington State, and new private institutes in India, specialising in technology and attached to large firms such as Infosys, adopt the collegiate model. Company values stress the importance of knowledge and independent discovery, of self-directed workers, or collaboration and time at work to pursue personal research projects. Rarely is flattery so sincere.

This is an extract from the article “Facing the zeitgeist” in GriffithReview52: Imagining the Future, out now

Professor Glyn Davis is a distinguished professor at ANU.