Calls for a boycott of this year’s Census continue to bounce around the community, spread mainly through social media, and could endanger the valuable project depending on how many people actually follow through.

The explicit promotion of a boycott followed trenchant criticism of the decision to retain names and addresses collected with this year’s Census, led by former Australian Statistician Bill McLennan on March 9 in The Australian Financial Review.

McLennan told the newspaper he was drawing attention to the change because he felt it was likely to spark mass civil disobedience — and warned that a future government could change the law to expand how the data is used “in half a day”. His comments were quickly endorsed by a throng of privacy advocates and reported widely across all kinds of media, fuelling debate and eventually threatening to become a self-fulfilling prophecy.

It wasn’t long before the idea of boycotting the Census or giving false information as a privacy protest was promoted in two widely read political comments published online by The Guardian Australia and Crikey.

The movement will make this year’s Census more difficult than usual for the Australian Bureau of Statistics, which firmly rebutted McLennan’s views and is adamant that privacy is not at risk. In a privacy impact assessment published before the decision went through, it cites information handling policies and procedures as well as technical and governance arrangements that it says make the privacy risk acceptably low.

The statistical agency tells The Mandarin in a statement that public trust in its ability to protect personal information is “critical to the success of the Census” but while there is only four months to go, it remains confident its communications team is up to the task. It’s not at panic stations yet:

“Underground campaigns which encourage boycotting or providing false information on Census forms do occur from time to time.

“Education, public engagement and promotion of the Census is an integral part of the ABS’ activities throughout 2016 leading into Census night, Tuesday, August 9. The ABS continues to communicate the value and importance of the Census to the Australian public.”

Contrary to the misconception that it is acceptable to give false information, the ABS confirms the law “requires the truthful completion of Census forms” and it takes a dim view of the active boycott campaign:

“Any encouragement of ‘civil disobedience’ or boycotting the Census is encouraging people to act illegally. It is also an offense for a person to make a statement or provide information that they know is false or misleading.”

The agency says “efforts to undermine [public] trust are irresponsible” because they could “result in compromised participation or falsified information” as McLennan fears. Poor data quality in the Bureau’s flagship activity could “affect funding, decision-making and service delivery” in all jurisdictions, it warns.

McLennan was also worried that the change wasn’t widely known among the public due to very minimal media coverage, either of the privacy impact assessment conducted by the ABS in November, or the announcement of the change on December 18 (The Mandarin got to it in January). 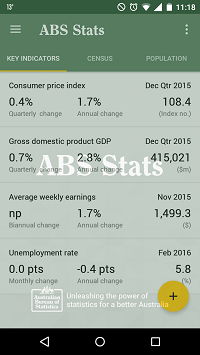 The move to hold onto names and addresses came after public consultation, focus group testing and discussions with privacy commissioners from all jurisdictions. According to the privacy impact report, however, only two news reports about the proposal — “informative and favourable” ones — appeared on niche websites, and:

“Public feedback consisted of three responses from private citizens who all raised concerns with the proposal.”

A major plank of the ABS engagement strategy involves disseminating the statistical information it gleans from the Census and other surveys, through its often-humorous Twitter account, and a mobile app that was just released on the Android operating system.