New South Wales has a new electoral commissioner in John Schmidt, the former chief executive of the Australian Transaction Reports and Analysis Centre and a past deputy director-general of the Department of Premier and Cabinet.

His seven-year appointment begins on August 8. Linda Franklin, who stepped into the role on January 1 after the retirement of former commissioner Colin Barry, will continue to oversee the management of local government elections for those councils that will have them on September 10.

Schmidt, who has previously held several senior roles in the NSW public service, has been working for himself as a consultant since he left AUSTRAC in 2014. On LinkedIn, He lists his key skills as:

Premier Mike Baird suggests his experience in the federal agency that investigates money laundering and terrorism financing put him in good stead for the role. Baird said in a statement:

“As part of our reforms to clean up politics in NSW, we established a new Electoral Commission with appropriate investigative functions and a clear mandate to institute criminal and civil proceedings for breaches of electoral laws.

In John Schmidt we have a person with the right skills and experience to lead the organisation into the future.”

Of course, one of the NSWEC’s most recent decisions regarding electoral laws affected Baird’s own party, which was refused $4.4 million in public funding by the three-member commission. The independent body, made up of eminent former judge Keith Mason and former Queensland auditor-general Les Scanlan along with the electoral commissioner, also rejected a complaint from federal senator and former NSW Liberal Party finance director Arthur Sinodinos over the way it explained the decision. 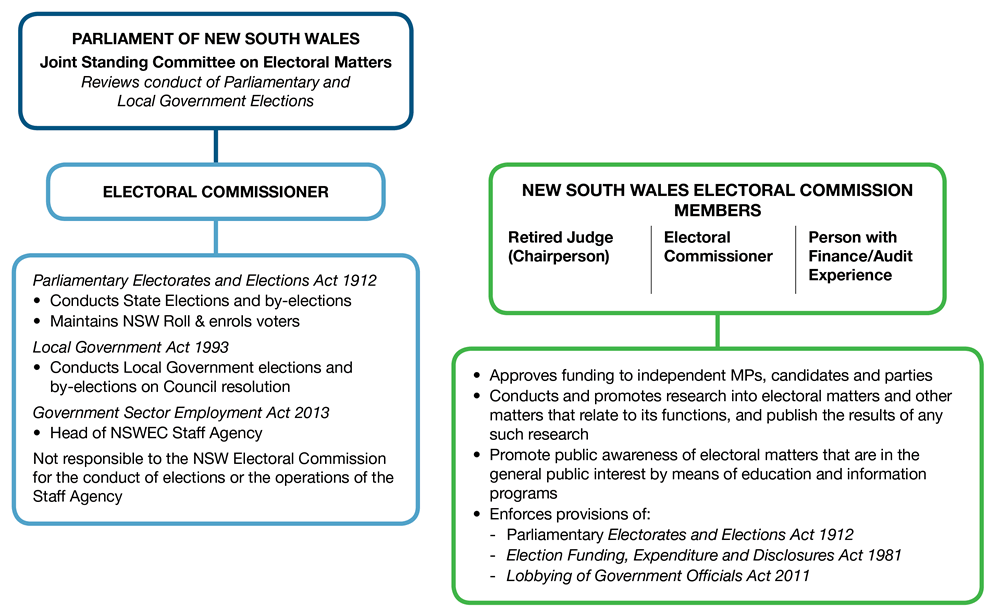 As well as sit on the commission with Scanlan and Mason, Schmidt will lead the separate public service agency that supports it when he takes over as commissioner, and report to parliament through the Joint Standing Committee on Electoral Matters.

The agency keeps the commission supplied with relevant information, runs elections and maintains the NSW electoral roll. According to the commission’s website, the two “work together, yet independently of each other”.