Outgoing Department of Foreign Affairs and Trade secretary Peter Varghese shared his reflections on more than 38 years as a public servant and offered advice to the next generation of public service leaders.

In a valedictory speech as part of IPAA ACT’s Secretaries Series on June 9, Varghese spoke about the institutions which make our democracy and the challenges facing the Australian public service.

Watch the full video of Varghese’s address on the IPAA ACT Vimeo channel, produced by contentgroup. A full transcript of the address is also available.

“One of the points I wish to emphasise is the need to move away from the tyranny of the current”, he said.

Achieving lasting change can only come if it is embedded in an organisation’s culture, through persuasion and vision, and the hard yards of incremental improvements in pursuit of a bigger agenda.

‘I am a convert to radical incrementalism. It is radical in that it sets out a clear vision, clear principles and clear values, and recognises that translating vision into reality requires a series of smaller steps,’ Mr Varghese said.

IPAA invited Mr Varghese to speak in the tradition of asking departing departmental Secretaries to reflect on issues in public administration.

His speech made clear that the remarks should not been seen as a comment on the present federal election nor on the position of any individual or political party. 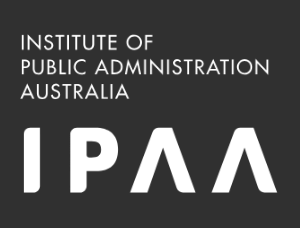 The Institute of Public Administration Australia (IPAA) is the nationwide professional association for those involved in public administration. IPAA aims to promote good governance, encourage excellence in the provision of public services and contribute to the development of public policy and management practices. IPAA recognises the increasing demands on public administration to deliver better and more efficient public services, and the important role it plays as the nationwide professional association of the public sector.