Privacy concerns around next Tuesday’s Census have led to calls for a boycott. Partial or false data risks interrupting records on everything from inequality to child health and a misallocation of resources.

The Census enables Australian researchers and policymakers to understand what’s going on across the country in everything from inequality to child health. It helps governments decide where money needs to be spent. Leading policymakers and analysts are concerned a boycott might result in patchy or even false information, leaving us in the dark on these important questions.

“If you want government to be targeting its services appropriately, then it needs high-quality information,” said the Grattan Institute’s John Daley. “If you mess up that information by not responding, or much worse, deliberately put in false information, you’ll wind up with a misallocation of resources. And government resources are scarce. We want to make sure they get used where they do the most good.”

The upcoming Australian Census — to be conducted on Tuesday night — has provoked controversy and concern over the Australian Bureau of Statistics’ decision to keep people’s names with their information for four years, rather than the previous 18 months. Calls to boycott the Census have grown, and several parliamentarians have demanded the ABS address people’s fears — something it is unlikely to be able to do in the four days that remain until Census night.

“It’s a great pity that, alongside people’s legitimate concerns about privacy, we don’t also weigh all the ways in which identifying data … can improve our lives,” said Lateral Economics’ Nicholas Gruen.

The Census provides the baseline for a whole range of studies and recommendations of public policy. Public service consultant Martin Stewart-Weeks describes it as the “gold standard” for policymakers, who prefer it as the starting point for many other studies.

Stephen Bartos, a former Finance Department senior executive who now heads up the Australian Research Alliance for Children and Youth, says without the Census, it would be far more difficult to gauge things like youth homelessness. “We can only find that out from the Census. Only the ABS has the resources to go out and look for everybody.”

On the value of the Census, Gruen cites the work of Professor Fiona Stanley. Her pioneering work in the 1980s linked Census data with various other sources of information — from maternity histories and birth records to geographic data like street addresses — giving greater insights into child health issues such as spina bifida, cerebral palsy, low birth weight, and maternal and child health in Aboriginal populations.

The consistency of Census data is another part of what makes it so valuable, says Jon Stanford, a director at Insight Economics.

“A break in the series would be, to my mind, a bit of a disaster.”

Several researchers say they don’t understand why there has been so much controversy about the Census, given the range of other government data collected by various government agencies.

“I think one of the odd things about the Census debate is if you look at the information in tax returns, for example, much of it is more sensitive than what you provide on the Census,” Daley said. “And the government does keep your name with that information. Or take your health — the government routinely collects detailed health information through your Medicare card, which again is kept with your name.

“I must confess I find the whole debate a bit odd.”

Gruen says all the evidence suggests the data will be well protected by the ABS. “And, more than this, our data is far more powerful for our own individual and the public good if the ABS can identify it and link it to help us discover patterns in the data that can lead to improvements in our lives.

“I wonder how many of the activists objecting to the ABS identifying data for a period of time (while protecting our privacy) hand over their shopping data to all manner of commercial interests in return for less than 1 cent in the dollar of Flybuys points and similar inducements.”

This story was co-produced and published with Crikey. 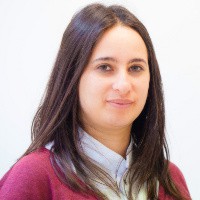 Myriam Robin is a media reporter at Crikey. She's an economics graduate who previously reported on business for LeadingCompany and SmartCompany. 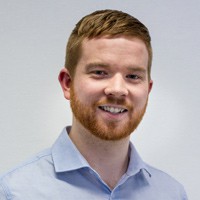 Interesting that people are scared to share their data with the government but will happily use social media without understanding privacy implications… E.g. Facebook collects the content and other information you provide when you use their Services, including messages, photos, locations, payment details, device use, contact information, shipping address etc

There is no doubt a boycott would be harmful – you have chosen the easiest of the arguments here. However, the controversy is not about the utility of the Census. Rather it is the common controversy of all data collection: one must be sceptical about the collection of data items that do not address the intent of that data collection. For example, many government agencies try to insist on the collection of date of birth where age or age group completely fulfills the requirements of their statistical analysis and reporting. The onus of proof is upon those doing the collecting, and in this instance, the case has not been well made. In Commentary that directly addresses this question is very difficult to find. Comparisons with other data collection contexts are spurious, irrelevant, and sloppy.

Just because we currently must identify ourselves (in a limited way) to other government agencies doesn’t mean that we should expand the identification in the Census. The argument that Australians currently are required by law to provide information for specific uses by government doesn’t automatically lead to a situation where it’s necessary for us to provide data to other parts of government for unspecified, potentially extremely broad use.

The ABS has not made it clear how attaching personal identification information to census data will improve the lives of Australians, or provide better policy outcomes. Best practice data collection involves collecting the minimum data points required to meet the needs of the collection process, and the ABS has made little attempt to address why this data is important to Australia.

The issue is not that the government may misuse the data, nor whether they can secure it, but that the ABS hasn’t managed the engagement process well to provide an explanation of why the collection and retention of personal data linked until at least 2020 with Census information is required at all.

Equally, the argument that commercial providers – from loyalty programs to Facebook – collect data provided voluntarily to them by the public is poor logic.

People have a choice whether to engage with these vendors, there’s no real choice with the ABS. These vendors are required by law to clearly explain why they are collecting data and how it will be used. The ABS has not done this for the personal data retention program.

The ABS simply hasn’t made the case to the Australian people about the reasons for the change.

In fact, despite several media and radio appearances and articles in the past week, no one has been able to clearly explain why full names are compulsory, and why names and home addresses must be retained for 4 years. Names are not statistical data, neither is a person’s home address. A person’s home address could be substituted with their postcode, and still obtain the same demographic data.

When you factor the 14 data breaches at the ABS since 2013, the ABS website not being compliant with the Australian National Audit Office’s (ANAO) “Cyber Security Zone” against external cyber attacks, privacy concerns being brushed aside, people are rightly nervous about where their information will end up and in whose hands.

Research has shown that when people are identifiable in a national census, it reduces the effectiveness and accuracy of the data, as people opt to omit or simply fabricate information that they deem is too personal when tied to their name and address.

By Myriam Robin and David Donaldson