At the end of last year, the UK civil service’s Performance Platform team completed a (re)discovery project. We wanted to look at how people use data to improve performance.

As part of this project we used Activity Theory to build personas. This helped us identify our primary user persona: Anna, the strategist.

Personas have always been a controversial topic in user research. People tend to love them or hate them.

Personas can be a waste of time if they are:

However, personas can be very useful if they are:

I never used to be convinced about the value of personas. But this changed two years ago, when I was working with Charline Poirier, head of research at Canonical at the time. She introduced me to a framework based on Lev Vygotsky’s Activity Theory.

Let’s say there are two doctors. One wants to help people and save lives. The other one became a doctor to get rich.

They have the same job role. They appear to have the same goal and carry out similar tasks. But does that mean they would exhibit the same behaviour and needs? No.

The two doctors’ different motivations would result in a variety of behaviour and needs. Some of these might be the same, but others might be contradictory. 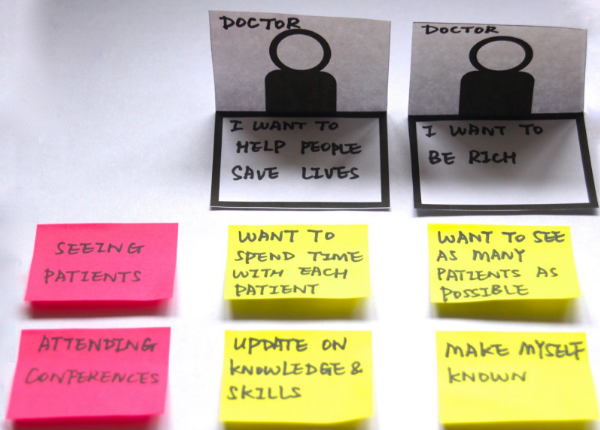 This is the value of Activity Theory. Rather than simply generating a list of needs in isolation, it adopts a holistic approach to understanding people’s activities. It explains actions and needs by exploring the context in which they occur.

This allows us to see the reasons behind these actions and needs and hear what people do not say. This makes Activity Theory useful in constructing research questions for user research and in guiding the analysis for identifying personas.

How we used Activity Theory to make personas for Performance Platform

For the Performance Platform rediscovery project, we looked at a number of elements based on the framework. These were:

I found the last element particularly interesting as it shows how people can prioritise one thing over another when they face tensions. The choices they make often reveal their motivation.

We also added additional elements, such as ‘performance’. These were either specific to our project, or were new themes that emerged during the analysis.

We then followed these steps: 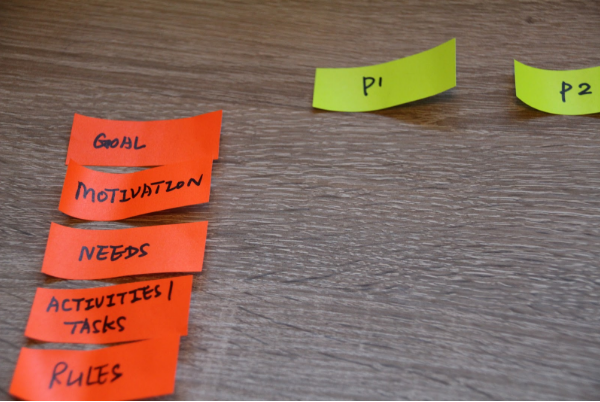 For our project, we interviewed 55 people, ranging from executive directors and analysts to open data activists. We identified 7 personas, including Anna the strategist, our primary persona.

We will iterate the Anna persona as we conduct more research with users. This is because personas should not be something static and created once. They should be living documents that reflect our increasing understanding of users.

This article comes from the User Research blog, where you can find similar guidance from the UK Government Digital Service’s research team.