The NSW liquor reforms have achieved what the state government wanted in Sydney’s CBD and Kings Cross — safer, quieter and cleaner precincts where fewer people are being assaulted, according to High Court judge Ian Callinan’s independent review.

But as the NSW government ponders its response, what does the NSW experience really teach us about alcohol control? How do we know whether the transformation of Sydney’s streets came about from a drop in alcohol consumption, or simply because people were taking their parties elsewhere? Was it the 1.30am lockouts or the 3am last drinks that made the most difference? And what does all this mean for the far more significant problem of chronic alcohol abuse and its links to cancer, heart disease, stroke and liver cirrhosis?

“We can quantify the trade-offs between different combinations of interventions, which could help inform an effective strategy … ”

Today, the early results are released from a new tool that has, for the first time, enabled us to tease out the effects of the component parts of the NSW liquor reforms.

Developed by The Australian Prevention Partnership Centre, a national initiative that conducts research in partnership with policy makers to increase the uptake of evidence in practice, the tool estimates what the impacts of the reforms would be if they were rolled out across the state. Unlike any other sort of modelling currently being done in Australia, it enables policy makers to tinker with each intervention to see how it would affect the whole.

The results indicate that if we rolled out a package comprising 1am lockouts, 3am closing time of licensed venues, 10pm closing time of bottle shops and a freeze on approvals for liquor licences in the whole of NSW in 2017, there would be a 20% reduction in acute alcohol-related harms such as injury, violence and poisonings, an 18.3% reduction in Emergency Department presentations, and a 15.7% reduction in hospitalisations between 2017 and the end of 2021 across the state. The modelling suggests that the reforms are effective because they curb the length of individual drinking episodes and reduce the frequency of contacts between heavy drinkers and the places where heavy drinking takes place, such as entertainment precincts.

The impact would be even more pronounced if these measures were combined with an extension of treatment services to cover 20% of heavy drinkers. In this scenario, we could expect a 35.1% reduction in acute alcohol-related harms, a 38.1% reduction in Emergency Department presentations, and a 38.5% reduction in hospitalisations between 2017 and the end of 2021. Interestingly, the effect of combining these interventions would be greater than the sum of the scenarios simulated individually, indicating a synergistic effect.

The model also simulates what would happen if we took out some of the interventions. For example, if we dropped the 1am lock outs, the model predicts a 13.8% reduction in acute alcohol related harms, a 13.2% reduction in Emergency Department presentations, and a 10.6% reduction in hospitalisations between 2017 and the end of 2021. That suggests certain elements of the package could be ‘traded’ to achieve nearly the same benefits without unduly restricting the night time economy.

“What this means is that we can quantify the trade-offs between different combinations of interventions, which could help inform an effective strategy for reducing alcohol related harms,” says project lead Dr Jo-An Atkinson of the Prevention Centre.

“This model provides a low-cost, low-risk way of understanding which policies or combinations of policies are likely to be the most effective over time, how and when to target interventions, and what the long term consequences will be both for individuals and for the community as a whole.” 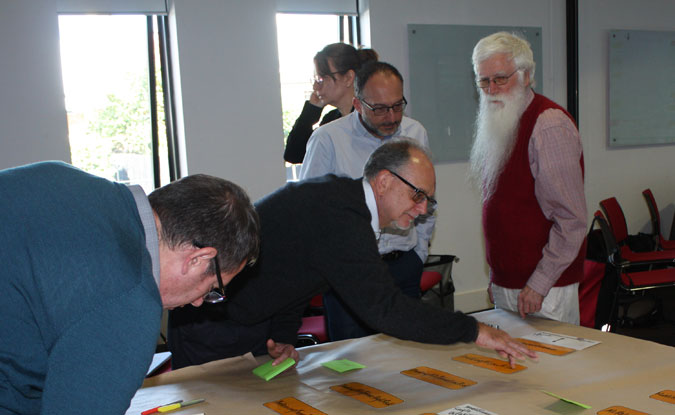 Implementing policies and programs to tackle complex health problems is hugely problematic. There is a vast range of possible interventions on offer, such as legislation, harm minimisation programs and education on individual risk factors.

But because none of these work in isolation, there is no real way of understanding which is likely to have the most impact and what the unintended consequences might be. In addition, health decision makers must take into account cost, politics, community views and industry lobbying.

The Prevention Centre is currently developing dynamic simulation models to inform policy decisions across a range of public health areas including the NSW Premier’s Priority for reducing childhood overweight and obesity, gestational diabetes in the ACT, suicide prevention and lung disease.

Dynamic simulation modelling uses sophisticated computer technology to provide policy makers with a ‘what if’ tool on which to base prevention initiatives. It enables them to trial different interventions or combinations of interventions before they are launched in the real world.

The models are virtual worlds that recreate human behaviour in all its complexity. Drawing on a variety of evidence sources such as research, expert knowledge, practice experience and data, they create virtual individuals and follow them throughout life, identifying how their influences and behaviours change, and how this impacts their health. It can also map the cumulative effects of thousands of people operating as a complex system, following their interactions over time.

This virtual society reacts in the same way to different interventions as we could expect in the real world. Within the alcohol model, for example, individuals’ drinking behaviour was influenced by the same factors that occur in real life – who they interacted with socially, where they went, the availability of alcohol in different places and at different times of the day, and how long they spent asleep or travelling. 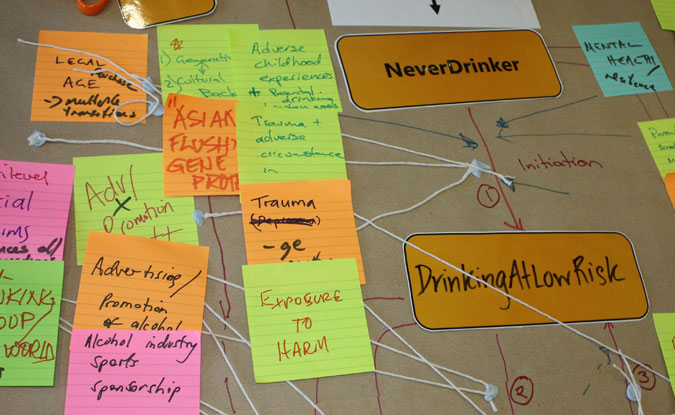 The Prevention Centre’s approach to dynamic simulation modelling is unique in that involves a participatory approach that brings together a diverse group of stakeholders from government, academia and practice. They work collaboratively to map the key risk factors and likely causal pathways leading to the health outcomes of interest, and this information is combined with administrative, survey and burden of disease data to create the model. This method is able to model anything from small sections of the community in different geographic locations to the population of the entire country.

Feedback has shown that public sector partners are highly engaged with the process, saying that their ongoing participation means they are more likely to trust the model, that it helps them to focus their thinking, and it cultivates the relationships and new insights that are so important in tackling very complex health problems.

good work. congratulations. a question if i may? does your simulation model shed any light on whether reduction in violent incidents is absolute or is result of spillover to areas not regulated?