New research has put a dollar figure on the uplift of an opt-in digital identity framework – and the escalating costs of inaction.

If you’ve ever marvelled in frustration at how many times a government service, bank, utility or phone provider can ask you for the same basic information just to conduct a simple transaction, you’re not alone.

In a digital age where money can be sent across the world in milliseconds and everything from buying food to travel to submitting a job application has moved online by default, simply proving who you are to those who genuinely need to know has remained stubbornly rooted in the legacy age of paper.

Today, consumers in Australia can buy an airline ticket using their mobile phones, check-in online without ever visiting a counter and walk straight onto the plane by flashing a digital boarding pass on a phone screen, all within minutes.

“As the number of services grows, so too does the hassle of customers repeatedly verifying their identity and remembering their usernames and passwords.”

But try setting up a bank account, applying for a government service or even buying a SIM card for a mobile phone or iPad and you’ll need to stand in a line to have a passport, driver’s licence or birth certificate photocopied or scanned to satisfy regulatory requirements.

Despite almost every part of our lives now being connected to the online world, the crucial element of identity – just being able to validate who you are – has remained stalled on the starting line as other services have raced ahead.

It’s true important public discussions and debate still need to be had about how digital identity services and credentials can operate, including the legal rules and regulations that will govern any framework.

But just as importantly, the escalating social and economic opportunity cost of not having a convenient and integrated digital identity solution available for Australians who want to use it is becoming abundantly clear.

Putting a price on efficiency

It’s no longer an abstract argument either, now that research has been conducted to quantify the economic opportunities an Australian digital identity ecosystem offers. Importantly, community expectations and perceptions of how digital identity should be used are informing this picture.

In early 2016, Australia Post in conjunction with The Boston Consulting Group (BCG) started a systematic survey of consumers, small businesses and those working in large businesses – and government – of their views surrounding digital identity.

Titled A frictionless future for identity management: A practical solution for Australia’s digital identity challenge the white paper sets down important markers about where real costs and efficiencies lie.

The research project has also drawn together substantial existing data and statistics to create a hard-headed calculation of what economic value an accepted digital identity can create.

At $11 billion a year, the potential results are an eye-opener for government and business alike.

If there’s one persistent theme that simply jumps from the pages of the Australia Post digital identity white paper, it’s that solutions that enable electronic or digital authentication and verification of a person’s identity, have been left behind in an economy where transactions are increasingly online by default.

Birth certificates are used to record the names of people and their parents; driver’s licences verify an authority to drive; and passports an authority to travel. Most social security documents, be they for Medicare, Pharmaceutical Benefits Scheme or just a Seniors Card physically demonstrate an entitlement to receive a service or concession that’s usually needed for an ‘over-the-counter’ transaction.

In the analogue age, the burden of customer verification essentially fell to the service provider rather than the consumer when a card or document was produced.

But in the digital world, the task of entering necessary account information, such as names, log-ins and passwords falls squarely to the consumer – despite there being an expectation that online transactions should be simpler and easier than physical ones.

In October 2016, Australia Post announced it had recruited Regis Bauchiere into the role of general manager of Identity Services to strengthen capability and build momentum within its Trusted eCommerce Solutions team.

Bauchiere’s assessment of Australia’s challenge is both practical and sensitive to specific local requirements and sensetivities.

“In my experience, there’s no single solution to successfully address identity challenges across the globe. Each country or community has its own peculiarities in terms of culture, public service usage, privacy concerns and economic dynamics,” Bauchiere says.

“I’ve learned from the various digital identity initiatives I’ve come across, success will ultimately reside in the capability to leverage these [local] peculiarities to create a framework that delivers tangible benefits to the people, through more convenient and efficient services.” 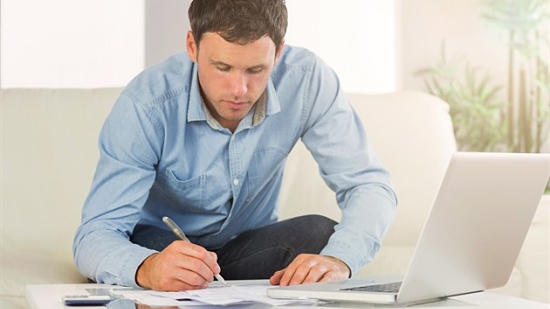 He notes that Australia Post’s research found that “consumers typically have more than 40 accounts and log-ins with service providers, eCommerce retailers and membership organisations.”

As the number of services grows, so too does the hassle of customers repeatedly verifying their identity and remembering their usernames and passwords. Add to that the increasing requirement by many online consumer services to use ‘strong’ passwords that regularly need to be updated and it’s easy to see why patience is starting to wear thin.

“Today it’s too hard to prove who you are when you want to do something online,” Walduck says. “We need to overcome the fundamental friction that exists.”

It’s the elimination of much of that friction to enable simpler, easier and more convenient and efficient paperless transactions that forms the backbone of the $11 billion in untapped economic value identified in the Australia Post digital identity white paper.

The infrastructure of trust

By far one of the biggest challenges in reducing identity friction and transactional inhibitors is orchestrating the myriad of government and private sector touch points consumers face every time they need to go online.

While consumer-facing government services and agencies understandably think in terms of individual customer journeys within their own boundaries, customers typically see a group of actions that need to happen to create an outcome; actions that traverse multiple jurisdictions.

Property transactions span across banks, state land registries, councils and federal revenue agencies all of which have identity and documentation requirements that can differ between stakeholders.

The opportunity for multiple organisations to access a trusted online identity credential to automate such processes has clear appeal in terms of efficiency. But also carries with it the challenge of creating a truly nation-wide system that can be readily accessed by consumers, business and government.

Put simply, the Australia Post research has found that for digital identity services to achieve their full economic benefit, they must give control to consumers to foster trust and voluntary adoption.

But they must also have consistency and scale at a national level to deliver convenience and efficiency.

“Getting the ecosystem to scale is a key challenge, but one Australia Post is confident it can overcome – given it already verifies around 6.5 million individuals every year.” 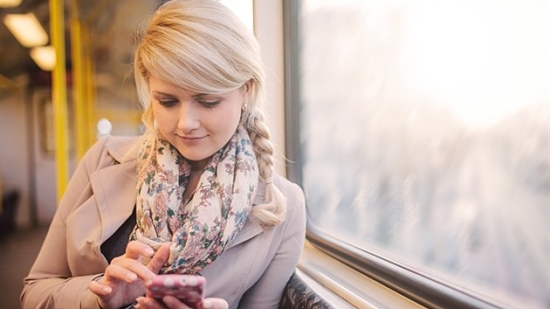 Consumer trust at the core

The Australia Post white paper also doesn’t mince words about the importance of allowing consumers to have fundamental control of what personal data they share and who they share it with, including the level of detail and sensitivity.

Comments from consumers in the research illustrates this vividly.

“Sharing information? It depends if the organisations needed to know… my issue is I just don’t know what they share, I don’t seem to have a say,” says ‘Sally’ a woman in her 40s from regional Queensland.

‘Ben’, in his 20s and from regional New South Wales holds similar concerns despite being part of a generation that has grown up with the internet.

“If you didn’t have to share (so much data) and it was convenient, that would be ideal. Then you’ve just got more security, more control of what’s going on,” Ben says.

‘Mary’, in her 40s from Sydney has reservations about the level of personal information she’d share with a bank if it was brokering a digital identity solution.

“Definitely not a bank, they might sell it,” Mary says about her personal information.

The Australia Post white paper candidly observes that identity is not only a “highly personal thing” but that “consumers understand the value of their own data.”

“They don’t want to share more information than is necessary to complete the job, and they want to control their data and who has access to it,” the white paper says. “Security, privacy and trust were important to the consumers and business owners Australia Post spoke with.”

Returning choice and control to consumers

Australia Post’s Cameron Gough argues that there is strong upside for all stakeholders in restoring the ability for consumers to make choices themselves, both in how personal data is shared, and what channels it’s shared through.

“We have an opportunity to give consumers control of their identity,” explains Gough. “They will have the tools to easily identify themselves in physical interactions, through a contact centre and in the digital realm. It will increase convenience for people, build trust and unlock enormous value in our economy that we’re not able to tap into today.”

That strong and principled position, which puts public good, embedded trust and personal choice at the front of any digital identity effort is what gives Australia Post’s offering arguably the strongest chance of success in Australia to date.

Evidence that suggests it can create $11 billion in economic value a year in Australia makes the case a compelling one.