When looking broadly across the Australian workforce, public sector workers are the most likely to see the benefits of organised labour amid a general long-term decline in union membership.

According to Roy Morgan Research, the “public administration and defence” category leads the nation with 28.7% unionisation — about 201,000 people — meaning workers in the sector are “65% more likely than the average Australian” to take part in a union.

The firm recorded a national average of just 17.4% unionisation across a paid workforce of 11.2 million, as of September, 2016. Roy Morgan chief executive Michael Levine said that was the lowest figure since the company started measuring it in 1999, when the national average was over 25%.

After public administration and defence comes community services on 27.5% and those working in the supply of electricity, water and gas, with an almost identical rate of 27.3% unionisation. Transport and storage is the only other sector that beats the national average on 23.5%.

The largest number of union members are to be found in the community services workforce, which covers staff in hospitals and aged care facilities, veterinary clinics, educational institutions, museums, art galleries and libraries, social services, and religious institutions. Its almost 1 million union members account for around half of the national total. 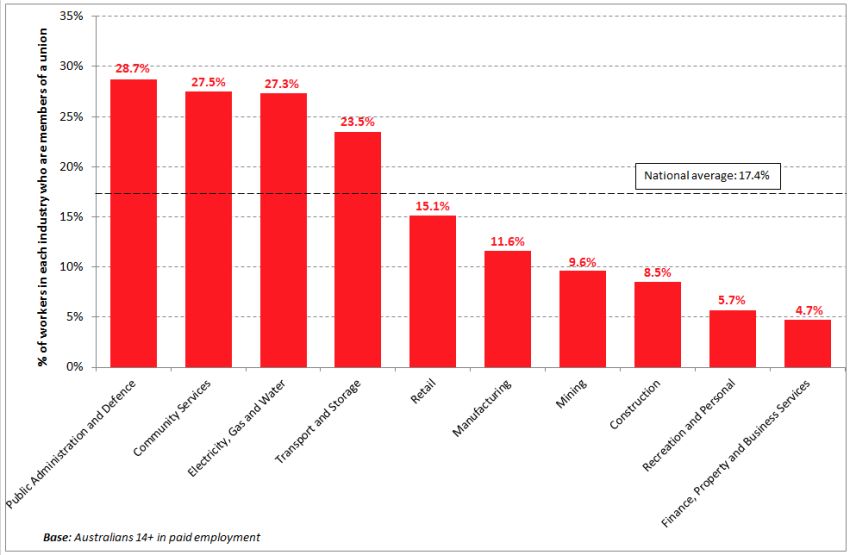 Levine said the data showed “some industries and occupations maintain a strong union culture: teachers of all levels, professionals involved in healthcare, protective services employees and public servants” and that union members are also generally more sceptical of government than others.

“For example, trade union members are 20% less likely than average employed Australian to agree with the statement, ‘The government is doing a good job running the country’ and 13% more likely to agree that ‘I don’t trust the current Australian government’,” he said in a statement accompanying the information.

Members of unions enjoy significantly higher average salaries than non-members — $73,000 compared with $64,000 per annum — or to put it another way, union membership is significantly more popular among higher-paid Australians. 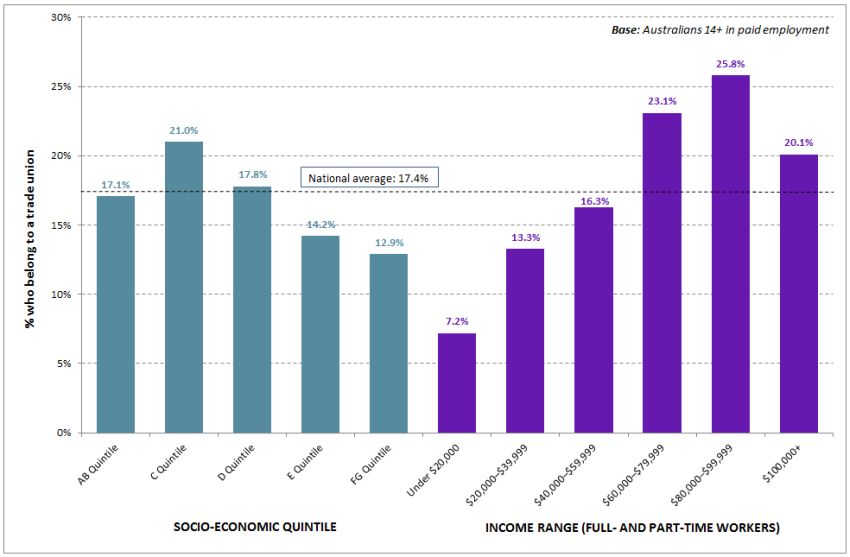 Correction: an earlier version of this article incorrectly referred to “military personnel” who cannot join unions.