When presidents leave office, they rarely retire completely from the public eye. Past Presidents, though, have taken very different paths when it comes to their lives after the White House. Barack Obama leaves the Oval Office as one of the youngest and most popular presidents in recent memory. And just like his predecessors, it is unlikely that we have seen the last of him.

Previous presidents have set very different examples of what is possible when it comes to life after office, some of which Obama is more likely to emulate than others.

It seems unlikely, for example, that he will follow his immediate predecessor’s choice of embarking on a questionable artistic career. Aside from the now-compulsory memoir and some exhibitions, President George W. Bush, facing low approval ratings at the end of his second term and outshone by a vibrant, transformative successor in Obama, has largely retired from public life.

President Bill Clinton, like Obama, also left office (or, more accurately, was kicked out) with relatively high approval ratings. After a brief period of exile in which the former First Lady Hillary Rodham Clinton began her own political career, he returned to public life with a high-profile speaking schedule and ambitious plans for the now infamous Clinton Foundation.

Like Clinton, President George Bush Senior dedicated much of his post-Presidential life to charity. But aside from some public appearances more notable for the flamboyance of his socks, Bush Senior has largely taken a quieter approach to public life, sticking to giving (sometimes unheeded) advice to his two sons.

Unlike Reagan, Jimmy Carter had considerable work to do rehabilitating his image after serving only one term in office. Carter’s legacy was tainted by some dramatic foreign policy failures, perceived weakness and a humiliating electoral defeat. Today, partly as a result of his considerable charitable work, and as historians reinterpret his legacy, Carter is widely regarded as the best example of how to make a post-Presidential life count.

Carter’s life after office stands in stark contrast to the men he followed – Presidents Lyndon B. Johnson, Richard Nixon and Gerald Ford. Johnson, emotionally and physically destroyed by the Vietnam War, died soon after leaving office. Nixon, resigning in disgrace after the Watergate scandal, never successfully rehabilitated his image. Ford, like Carter, a one-term president, became not much more than a historical footnote.

The president whose career and political impact most closely resembles that of Obama died before he could leave office. It is John F. Kennedy’s enduring legacy and venerated status, however, which may most closely resemble Obama’s future place in the historical record.

More than a ‘citizen’

As he waits for his youngest daughter to finish high school in Washington, D.C., Obama will have time to pause and reflect. Already an accomplished author, he will, no doubt, start thinking about his own memoirs, and establishing his Presidential Library.

In his farewell address in Chicago, Obama assured Americans that he isn’t going away: ‘I will be right there with you, as a citizen, for all my remaining days.’ But the first black president of the United States can never really return to being just a ‘citizen’.

Spurred on, no doubt, by the burning regret of losing an election to a candidate who questioned his right to even be President, Obama will return to his roots as an organiser. 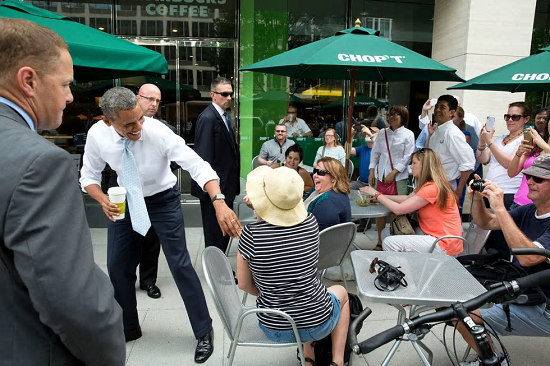 Having always regarded himself as a unifier, he may well focus his efforts on improving the dire state of race relations in the United States. And, noting the failures of the Democratic Party to speak to its base, and to convince those Americans most affected by rising inequality and a changing economy that it is the Democrats who are best placed to improve their lot, Obama will work to return the party to its roots.

Perhaps most importantly, Obama faces the daunting challenge of trying to preserve his legacy in the face of a concerted Republican campaign to destroy everything he has achieved. Together with his wife Michelle, who is even more popular than he is, Obama seems committed to saving what he can, and rebuilding the movement that swept him to power eight years ago.

The underlying message of Obama’s farewell address was one of hope that this is possible, and that a Trump presidency might be made into a mere blip on the historical radar, a small ‘step back’ in the ‘long sweep of America’.

Obama leaves behind him a transformative presidency marked by three small words: ‘Yes, we did.’ The question of whether he can preserve that legacy remains an open one, but his own answer is definitive: ‘Yes, we can.’

Emma Shortis is a sessional lecturer in American History at the University of Melbourne.

This piece was first published at the University of Melbourne’s Pursuit.

Photos courtesy of The White House.