After decades of arguably incremental change to how public sector agencies at all levels procured and applied technology, a fundamental shake-up of culture, development and delivery was about to be unleashed in a bid to achieve one of the biggest operational reforms to how the public service functioned.

At the top of the communications agenda for instigating change was the rapid delivery of ‘exemplar’ innovations ranging from digital service design standards to simplified procurement and code sharing arrangements.

Few doubted the ambition of the Digital Transformation mandate for government; even if some privately questioned the seemingly rapid way in which it unfolded. What’s not contested is that it is happening, with 2017 set as the deadline for all “major services and interactions with individuals” to be online.

But there has also been another fundamental shift occurring, a far quieter internal revolution that has been playing out for more than a decade, which arguably provides the foundational basis for what’s now termed Digital Government.

After struggling with disparate nature of stand-alone applications and information siloes for decades, many forward-thinking agencies actively started seeking much greater control and productivity from their key internal systems to facilitate better business outcomes for all stakeholders whilst ensuring governance is always respected.

With that push have come improvements in performance, accountability, transparency and value for money.

If is the fruit of reform, then good governance — specifically information governance and process governance — is the rootstock of the tree. It’s also taken years to grow and mature.

Governance might not tick the hipster buzzword box for transient tech terms, it’s a crucial element that makes the difference between delivering an improved outcome and being on the wrong side of an audit or review after career limiting problems occur.

Most importantly, it’s been proven to deliver time and time again.

Transformational success: the evidence is in the eating

When it comes to validating the important role and impact that information and process governance play in achieving successful digital transformation, one foundational document stands out.

In 2016, a comprehensive whitepaper compiled by AIIM — an international not-for-profit industry think tank that taps the wisdom of Enterprise Content Management and Social Business Systems user communities and suppliers with access to a global professional community of more than 190,000 individuals — released Digitally Transforming Government with Good Governance: A recipe for success.

What sets the document apart is that it drills deep into specific and real world challenges senior public sector executives face in achieving tangible and lasting change that sets them up to deliver now, and into the future.

Underwritten by ASX-listed and Australian headquartered enterprise software company Objective Corporation, the research forms part of a growing body of evidence intended to inform and educate public sector stakeholders about the real-world issues they may face and the options and choices available to them.

Tapping into recent user surveys AIIM has conducted, the report observes that in Australia “for many agencies, the question is not why, but how to proceed. What steps or considerations are needed to progress their journey?”

Some of AIIM’s key findings are:

Those numbers suggest that although there is substantive recognition of the mandate and imperative for digital transformation, there’s still major work to be done to the structures that underpin public sector information, processes and platforms to achieve success.

Pertinent information for the people

The AIIM white paper also makes important observations about how public sector organisations and their leaders embark and execute digital strategies. Many agencies have for years pursued ‘digitisation’ projects that seek to capture paper documents or scanned forms as a means to reduce dependence on paper.

In 2011 the National Archives of Australia (NAA) importantly mandated that federal agencies must stop providing electronically generated information to it as paper printouts by 2015, coming good on well telegraphed plans to require all agencies to get their information management and governance in order under the Digital Continuity 2020 Policy.

Aside from setting out a roadmap of specific requirements and delivery dates, one of the strongest mandates within Digital Continuity 2020 is that it makes individual agency heads accountable for compliance, thus making leadership and executive buy-in a must.

“Agencies that understand and fully realise the benefits of their assets – information, technology, people and processes — will deliver better and more efficient services to Australians,” it says.

More than a mandate 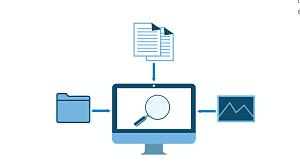 It requires understanding, discipline and attention to underlying principles and robust processes that values information as a strategic asset of government.

“In a hyper-connected world that is flooded with data, it is essential to have access to reliable information that is authentic, complete, usable and accessible,” Fricker observed in his inaugural speech as president of the International Council on Archives in 2014.

“Technology must advance and be constantly replaced and refreshed, but archives must endure forever.”

It’s that kind of practical, solid and enduring approach that user organisation’s like AIIM and governance advocates including Objective Corporation are now bringing to the market to foster a greater public good.

The fact that the senior public in charge of guiding and assisting Australian agencies to better information governance has been elected to the top position of information custodians is also a resounding recognition of the capability of wider Australian public sector leadership and its capacity to adapt and innovate.

Transparency where it matters

Returning to the AIIM whitepaper, an equally important finding is that for many government customers, maintaining heterogeneous systems and technologies will remain a management imperative even when information and process governance is put in place.

“In many cases, the focus is on the coexistence of technologies to extend the value of current IT investments, with an emphasis on interoperability and integration between line-of-business systems, content repositories and business processes across the enterprise,” the AIIM whitepaper notes of digital transformation efforts.

Australia has never been short on information technology dramas which (as consecutive official audits have observed) frequently start with insufficient attention to governance, proper process and oversight.

This doesn’t mean that usability should or need be sacrificed. Rather, good information and process governance structures empower both ease of use and greater capability to extract, analyse and exploit data and information resources across multiple holdings and systems.

“All of this should be transparent to the user. From their perspective there is a simple, singular interface to find all of the information they require and are authorised to access,” the AIIM white paper says.

“There is no longer a need [for a user] to search each known repository in their quest to find information.

“Valuable information without proper management could become unseen and unknown to the seeker. A planned, digitally transformed agency provides a means for relevant information to surface and present itself in a fashion that makes it easy to take action on.”

Digital transformation, or indeed good governance of information and processes are not organisational benefits in their own right.

Rather, they are pathways and enablers that allow organisations to achieve demonstrable improvements in how they conduct their core business, whether this is delivering services ranging from health and social welfare, to building national infrastructure or keeping government finances in check.

When AIIM asked its user base what the key benefits from transforming their back-office processes, the results didn’t just illuminate a clear correlation between efficiency and productivity — users actually ranked service improvement as the biggest win.

“Additional benefits include better monitoring and visibility of the process workflow, and fewer errors in the process. This allows organisations to establish continuous improvement programs that further extend the value of workflow investments.”

As the graph below (Fig. 5) illustrates, for organisations surveyed the biggest benefits strongly accrued straight to agencies’ core operations followed by better transparency and compliance.

For those organisations that have transformed their back-office processes, faster customer response is the biggest benefit (43%), followed closely by improved productivity (40%), and cleaner audit trails for regulatory compliance (38%).

So does payback: benchmarking success

With cost pressures, shrinking budgets and fiscal accountability a constant pressure on government agencies, the baseline for return on investment (ROI) on any technology outlay is always crucial to winning a business case argument and achieving better business outcomes.

According to AIIM, 84% of its respondents reported a very respectable ROI of 18 months or less. Within that range, 59% achieved ROI within 12 months “with half of these seeing positive returns after just 6 months” the think tank says.

Those kinds of figures strongly support the merit and enduring efforts that government agencies and the wider public sector have made to implement major reforms that bust silos and enable well-informed, adaptive and innovative policies to be developed and delivered by the public sector, irrespective of the government of the day.

Such quietly won success is highly unlikely to attract the attention of BuzzFeed. But then most public sector leaders can probably live quite comfortably with that.