When it comes to buzzwords that get habitually overused or seemingly added into government and corporate slide decks, the words ‘digital transformation’ must near the top of the list.

In a digital age, trust matters more than ever. It has to be earned and is easy to fracture.  The good news is that people are still paying attention. The downside is that lip service and tokenism just don’t cut it anymore, as everyday customer expectations for frictionless transactions and accessible and easy to use solutions mount daily.

Like many developed economies, Australia is in the midst of both a journey and a national conversation about how all digital government services get delivered, how to make them better and what it takes to get us there.

It’s easy to say that consumers are caught in the middle; the reality is they’re still on the receiving end of what public sector services and agencies push out to them.

The challenge today, and for the immediate future, is how to swiftly improve and reform stand-alone electronic processes into an integrated suite of ‘straight through’ digital services and transactions so they naturally become second nature to customers.

Put the ‘transformation’ hyperbole aside and what you really have is a push for cultural and systemic change that must happen for public services to remain effective, contemporary and relevant. 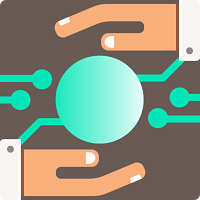 If you work in government, the important thing to remember is that some pivotal frontline agencies and enterprises haven’t just been disrupted — they’ve also survived, improved and emerged stronger for the experience that’s been dubbed ‘transformation’.

One early trail blazer is Australia Post, which — as a government-owned enterprise — remains uniquely placed and unequivocally committed to being a core national provider of trusted, multichannel and integrated digital services and solutions at scale.

In today’s context, this trusted and sovereign capability deserves to be called out.

For well over a century Australia Post has created national infrastructure and social glue at a local, state and federal level. It started with stamps and saddlebags, rose with airmail and today is firmly backing Australia’s digital future by investing in long term, integrated digital architecture and infrastructure. 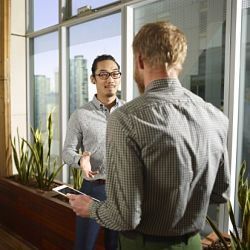 In a digital age, trust matters more than ever. It has to be earned and is easy to fracture.

Almost a decade ago sub-optimal digital identity solutions, like the application of fingerprinting of patrons by sections of the hospitality industry, were called out by regulators as both questionable and unnecessary.

More recently, the 2016 Census illustrated that both public trust and organisational reputation can quickly come unstuck if technology doesn’t perform as expected and users don’t come along for the ride. Surprisingly, regardless of the #censusfail, recent research indicates that consumers are still expectant of digital options when it comes to our next election, as shown in a recently published eVoting insights paper.

Digital solutions are an undeniably powerful technology; yet their application needs to be proportionate, judicious and relevant to maintain the public and institutional trust that underpins utility.

Knowing when, where, how and why to apply and implement digital solutions is everything; whether it’s a Public Key certificate, verifying documents or using biometrics to enhance trust and speed of transactions rather than creating an unwanted intrusion.

For government, it’s being able to access hands-on acumen of ‘what makes a difference’ that really counts. Each digital journey is different but the paths taken are often similar or the same.

Don’t tell me, show me

There’s plenty of research to back-up both the need for digital enhancements and their delivery in a manner that customers want, understand and support.

A crucial part of the trust equation is choice.

It’s the ability to use electronic or online channels in a way that’s convenient protected and understood. For some users, it can mean learning how to set up their digital services from a retail outlet and just having a face-to-face conversation with a person in a familiar environment.
In 2015 Australia Post commissioned dedicated research to take the temperature of consumer sentiment when dealing with government services online.

Although 61% of a sample of 1200 people had used the internet for dealings with government, 58% had encountered “some problem with the online service”. Just 20% were satisfied with their experience.

The big takeaway was that there was still a high degree of friction in digital delivery ranging from long or difficult processes to unwieldy password and log-in requirements. That challenge hasn’t diminished.

What this research also illuminated was that firing-up online channels and transactions is only one component of a wider digital transformation that needs to occur within organisations to give customers what they want, expect and support.

That’s because a real shift needs to occur within government organisations; and it goes to leadership, culture, ways of working and new and different modes of thinking and operating.

So when it comes to advice, strategy and execution, there’s a lot to be said for partnering with organisations that haven’t just initiated their own transformations, but ones that are prepared to share their experiences in an adaptive and collaborative manner.

A common lexicon: learning the cultural language of digital transformation

Cameron Gough, general manager of Australia Post’s Digital Identity and Digital Delivery Centre is one of those reaching out to government organisations faced with turning disruption into opportunity.

Gough argues strongly that staying on top of constant change is now becoming the normality rather than the exception for government and public sector organisations across all jurisdictions.

“Organisations are made up of people, culture, processes and governance that serve to reinforce a way of working,” Gough explains.

“The moment you decide to go outside that way of working, those four things act like an auto-immune system that kicks in to kill off the unfamiliar.”

Transformation is not its own reward: set goals that matter

For organisational leaders who want to change the way they work to respond to recent imperatives — especially as both federal and many state governments now have digital transformation mandates, deadlines and hard targets to meet — the focus must be on overcoming behaviours or reactions that Gough says “want to stop you from being different.”

“This could mean everything from internal processes and governance to your rewards system and how people move within the organisation,” Gough says. 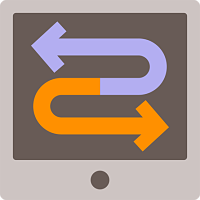 He’s also adamant that this thing that’s called digital transformation isn’t an end-point or a final goal in itself. Rather, it’s a modality and a culture that can respond, adapt and ride waves of change rather than being pummelled by them.

“If your goal is digital transformation, then that’s the wrong starting point, Gough contests. “Find an area where there’s a burning platform for transformation and the organisational support to drive it.”

Part of Australia Post’s approach to embedding a responsive, adaptive and practical culture within its own organisation has been to empower smaller groups or teams of people to pursue creative solutions and ideas outside of what was a usual frame of reference.

Position descriptions can be the enemy of change because you want people to be open to evolving what they do.

Teams are often small, multi-functional and come from different parts of the business to design solutions or tackle challenges head-on without the encumbrance of groupthink or matrix heavy management structure to weigh that down.

Gough says the catalyst for unlocking the contribution and potential of such teams “lies in the degree of autonomy they enjoy” but notes that feathers can be ruffled along the way, especially if they go against the grain established structures.
“Setting these teams free can be an unsettling learning curve for an organisation, especially those organised along traditional functional lines,” Gough says before adding that he looks for “people who are very curious, non-hierarchical, non-traditional and always questioning how things are done.”

Letting teams off the leash doesn’t mean there aren’t rules, structure and accountability, especially when new ideas are being tested and may or may not work as a natural part of testing, learning and development.

As various arms of government have periodically learned, it’s one thing to instigate change, but making it last requires prescience, persuasion and skill.

Motivating people to shift their mindset requires inclusive agents rather than alienating ones — so appreciating structures, nuances and sensitivities can go a long way, as can people skills.

“Change is not a bull in a china shop.” Gough attests. “We look for people who are highly collaborative. It’s a group of people who carefully nurture others along the journey, and get them to believe in the vision of where we want to go and how we’re getting there.”

If that sounds like there’s an element of ‘selling an idea’ and overcoming wariness or even cynicism, that’s because there is. What gets a pitch over the line is motivation and enthusiasm that are genuine. Inspiration shows and it helps bring down barriers.

The job description formerly known as …

Picking talent, often internal, to put into teams to foment change is also an acquired skill — and a bit of a balancing act. What differs in transformation is that structures sometimes need to be more fluid and less demarcated than normal job descriptions. 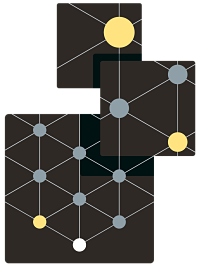 Put simply, the people advocating change have to be able to live it, rather than merely preach it. It also means going outside tight work activity or role definitions to make things happen.

Gough says that an important trait to look for is “being comfortable working on things that may not be immediately part of their position description.”

“In fact, position descriptions can be the enemy of change because you want people to be open to evolving what they do and how they do it as the organisation changes.”

Given that government has some of the most tightly defined, structured and specific role and task functions, that makes getting genuine buy-in for change all the more important.

What to ask an inquiring mind?

Then there’s the issue of how to gauge appetite for exploration, creativity and problem solving. Devotees of psychometrics and skills matrices should probably stop reading here.

When it comes down to the ‘interview’ Gough says picking change talent is really more about identifying discerning a “learning mindset” and general traits than “specific experience”. That’s because often organisations and their leaders are “getting people to do things that haven’t been done before — and because you don’t know what the next challenge is.” 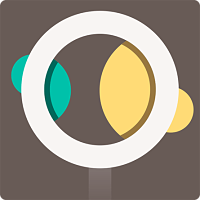 That can means flipping performance oriented and role-based questions to something more personable and general.

“Tell us about the latest thing you’ve read that interests you. What do you do in your spare time?” Gough suggests. “Ask them to talk about something they’ve recently worked on.”

“Their answers will give you a very quick indication of whether they are truly curious or not,” Gough says.

“You’ll get a lot more colour there than if you asked what they would do if they were hired.”