Selling complex policy to an often disinterested or disdainful public is hard for politicians of all stripes, including the public servants responsible for turning these plans from the theoretical to the practical.

When the then new Prime Minister Malcolm Turnbull promoted a more innovative culture in Australia through his ‘Welcome to the Ideas Boom’ campaign, it was a matter of preaching to the converted. What if the government had instead used its free National Map data visualisation tool to show the wider community how this map could be used for day-to-day business, work, and school?

Today, we citizens produce more data through digital transactions than ever before. For governments, this data holds huge potential to inform better policy for both the community and the agencies that service them. Through driving smarter city planning by understanding exactly when, where and how public transport is used, to better allocating education funds by forecasting student population growth, data visualisation is an invaluable planning tool in its own right. But it is even more powerful in its ability to rally the community around new public policies.

“With the growing imperative for transparency in government, data visualisation is emerging as the holy grail for today’s politicians and policy makers.”

Government in the past has had to resort to simple slogans to try and amass positive public sentiment. Today, we have a digitally savvy and enabled populace with access to computing power, social media platforms and software tools unimaginable just 25 years ago. It is in this climate that data visualisation has emerged as the choice tool for public policy makers.

While not a new concept, it is only recently that government agencies have begun realising data visualisation’s potential to convey meaning. Technologies that weave complex data and policy proposals into more easily absorbed visual parcels promise to drastically alter the way Australian government at all levels communicate to citizens.

Take the issue of transport in Sydney, and the five million residents and commuters it must service.

In the three years of construction needed to build a new 12-kilometre line through the heart of Sydney, Sydney Light Rail is creating major disruptions for motorists, buses and pedestrians. The output at the end is the CBD and South East Light Rail, a fast, traffic busting 19 stop line extending from Circular Quay and out to Randwick and Kensington in Sydney’s densely populated eastern suburbs.

Transport for NSW needed to both sell the benefits of the new light rail, update its progress and help the public navigate their way around Sydney during the construction phase and its numerous road closures and disruptions. 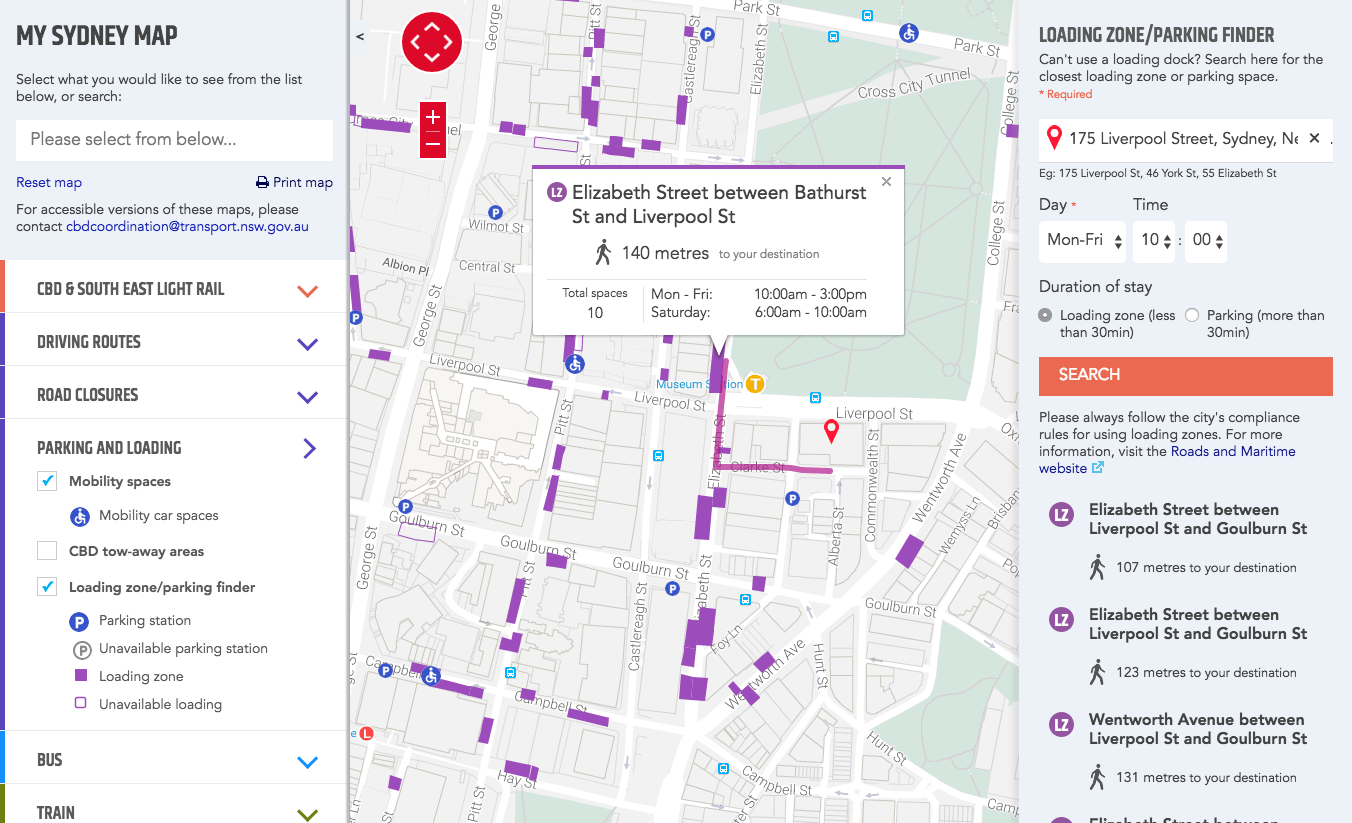 While Transport for NSW turned to data visualisation to both sell the benefits of a new light rail and help citizens cope with its construction, over at the NSW Department of Industry, the department’s Resources and Energy division needed to boost public understanding of resource exploration, mining and production.

The issue of resource exploration and mining is one that generates high public interest and calls for added vigilance by government. The division began with a two-year consultation process with community, industry and government to inform the creation of a new website called Common Ground. The site incorporates interactive map layering of the state of NSW underpinned by pools of data. Click into the maps and you can see everything from exploration licence applications to their proximity to national parks, reserves and forests. There are native title applications as well as granular detail on the whereabouts of known coal, minerals or gas deposits.

Backing up the maps are resources for affected communities that cover processes such as environmental impact statements, Aboriginal culture and heritage impacts and site rehabilitation.

There will always be a degree of contention or disengagement from the public as governments go about the job of governing. But with the growing imperative for transparency in government, data visualisation is emerging as the holy grail for today’s politicians and policy makers charged with boosting public understanding and engagement.