Following the release of the final report from the Productivity Commission’s inquiry into data availability and use, the Turnbull government has created a new taskforce inside the Department of the Prime Minister and Cabinet.

The Data Availability and Use Taskforce — composition unknown — will focus on preparing the government’s response to the PC’s report, which itself was requested as a government response to two earlier inquiries dated back to 2014. The PC recommend a package of reform first proposed in the last year’s draft to be implemented no later than 2018.

So outdated and outpaced by the “economy-wide tidal wave” of data collection are current policy and practice frameworks, that the PC warns rather strenuously that the government’s response must be similarly comprehensive. Decoupling the two halves of its proposed reforms for political expediency would risk either the community trust or the economic gain: “Piecemeal reforms would not achieve the same benefits, nor would they enable effective management of data risks.” 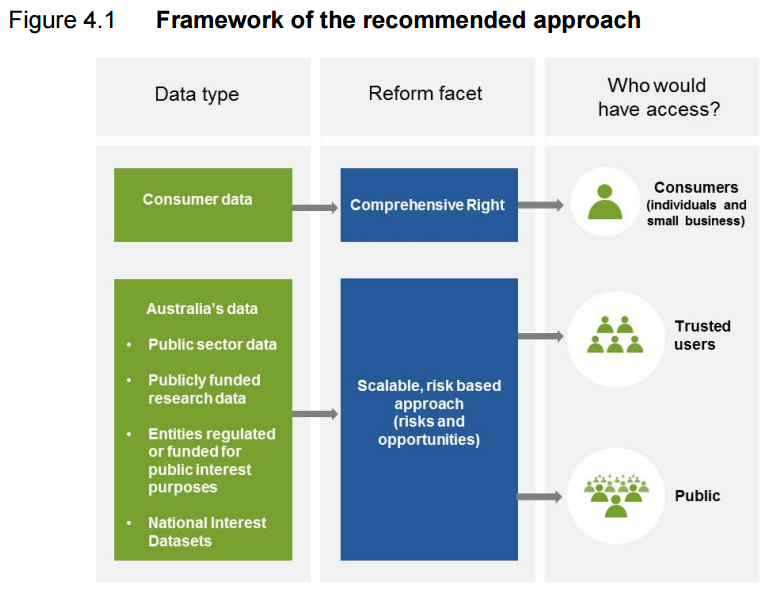 Six months after the reform package was first proposed, the Turnbull government remains tight-lipped on what it thinks of any of it. The PM’s loyalists remain enthusiastic toward innovation, competition and more efficient and effective delivery of government services through data-informed policy. But on reaching the compromise and social licence needed to achieve it, no minister has spoken in detail.

“Empowering citizens, governments, industries and researchers to use and share data will boost transparency — igniting competition and innovation,” Assistant Minister for Cities and Digital Transformation Angus Taylor said in a statement on Monday. But, he added, “the government recognises first and foremost that the community must trust and accept any reforms to Australia’s data system.”

PC chair Peter Harris, who with commissioner Melinda Cilento headed the inquiry, bemoaned the lack of compromise in Australians’ attitude to use of data about them in a speech earlier this year, in which he also criticised rigidity inside the public sector and the data use regulations governing it.

There is a lack of understanding in the community about how individuals’ data is being used, the inquiry found, coupled with serious concerns about the lack of control people have over use of their data. Together these “breed mistrust, regardless of opportunity”. Some participants expressed the view that the data environment is too complex for the average individual to ever understand. Despite this challenge, the PC set out to provide a path for building the social licence needed for data benefits to be realised.

Australia is hardly alone in this challenge. The New Zealand government explored its path forward in 2013 and concluded that there was merit in the public’s misgivings about leaving everything to the market to solve: “Innovation is great, but quackery will abound too … trust is the oil that can make the data-use machinery really work.”

Harris and Cilento have built upon the NZ lessons and believes social licence will develop if people:

Merely asserting the importance of these fundamental values is not enough, the inquiry found. Only by embedded them as design features in the data framework, accompanied by well-resourced and capable institutions, will it realise the full value of Australia’s data.

“We expect and anticipate strong political and agency leadership, with good communication of the overall framework and its intent. This is vital.

“Far from being trade-offs in achieving desired benefits, high levels of trust, inclusion and greater control are critical enablers for value creation through collaborative data sharing. Trust in how institutions manage and use data; confidence that all parts of society will benefit from data-sharing; and greater control by individuals of their data and its use, will all contribute to willing support for data sharing initiatives and active participation by individuals in the data use ecosystem. And if more data is shared and used in trusted, protected and inclusive ways, this then will drive even more value that can, in turn, create more trust, inclusion and control. The latent value of data will be unlocked.”

Departments: Department of the Prime Minister and Cabinet Productivity Commission