Usage of myGov has more than doubled in two years if measured in terms of daily logins, according to two federal ministers who jointly announced some user experience tweaks that took effect over the weekend.

According to a fact sheet released by Minister for Human Services Alan Tudge and Assistant Minister for Digital Transformation Angus Taylor yesterday:

● The design is simpler and navigation is easier so you can find the services you need quickly. For example, the member service logos are now more prominent when you are logged in.

● We’ve rewritten our content so it is clearer and uses simpler language.

● We’ve reduced the amount of information on the site so you can find the information you are looking for.

● The site is more mobile-friendly with a responsive design, you can do your government business on the go with your mobile or tablet.

● We’ve made the government crest more prominent so the site is clearly identifiable as an Australian Government website, giving people certainty and trust in the site.

“With the myGov program of work, the Discovery and Alpha phases were completed at the DTA. Digital experts joined with DHS and ATO subject matter experts to do user research and develop a prototype. The joint team then moved across to DHS to deliver the Beta product.

The DTA and DHS will continue to work together and carry out further research with users to identify further opportunities for improvement.”

The joint team conducted “hundreds of hours of user research … in more than 20 metropolitan, regional and rural locations” with people from a range of age groups and with a range of accessibility needs.

In the joint announcement, those hundreds of hours are boiled down to four basic dot points. Tudge and Taylor report the citizens they spoke to said it was difficult to work out how to get through to specific services, which have to be linked to the individual user’s account.

They say the research also told them what citizens have been saying for as long as anyone can remember: government communications are too verbose:

People still thought it was too easy to end up “locked out” when they couldn’t remember their login details — despite previous improvements that simplified the login process and made it possible for citizens to unlock their own accounts, resulting in “incorrect logins” going down by 37%, according to the ministers. 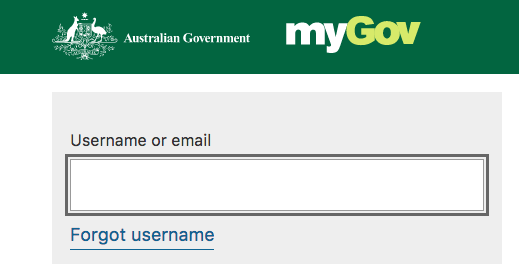 User feedback also suggested it wasn’t clear enough that myGov was a government site they could trust, according to Tudge and Taylor, leading their joint team to move the coat of arms to the top of the login screen.

“We listened and we got it,” said Taylor. “The new look myGov also demonstrates how the DTA can partner with other agencies and departments to transfer skills and transform delivery.”

Another month of user research will follow yesterday’s update. “This will provide an opportunity for the team to see what impact the changes to the services have made, and be ready to iterate rapidly to manage unforeseen issues or user needs,” the fact sheet explains.

The number of myGov accounts cracked 10 million halfway through last year and users clocked up 59.6 million logins in 2015-16. Tudge and Taylor say the government has saved $150 million in postage costs as a result of the service since it was launched.