The New South Wales government has released its latest digital strategy for the state bureaucracy, citizens and industry, replacing the popular and long-running ICT strategy with a series of commitments to embed automated services, faster data and rapid and responsive policy development within the core of agencies – where appropriate.

Announced by NSW Finance Minister and self-confessed gadget tragic Victor Dominello at the CeBIT technology expo in Sydney on Tuesday, the new plan shifts the state government’s tech footing from a reform and modernisation program to a wholesale services delivery platform.

“While there have been a number of reforms implemented since 2012 under the NSW Government ICT Strategy, transformation requires a long term commitment to changing the way government operates,” the strategy, dubbed “digital nsw”, says.

“Each reform under the Digital Government Strategy will change the way government considers policy and service delivery design, ensuring a sharp focus on customer needs.”

Digital: the ‘not new’ normal

Having led the technology and services reform push among the states (not to mention conspicuously outpacing federal reforms) the latest digital policy upgrade from NSW will be closely watched by other jurisdictions and industry looking to take a cue from the most recent iteration state’s successful go-to-market approach.

And there are some important developments under the hood of the NSW digital engine room.

The strategy gives a big nod to maintaining the dominance of customer centricity in service delivery as means to keep citizen and stakeholder satisfaction measurably high, a logical move given that success in this area, especially around hubs like Service NSW, has underpinned much of the public confidence and licence to keeping pushing ahead with reforms.

More specifically, the embeds principles of user co-design, experimentation and testing for “services, regulations and policies with customers” – a far cry from top-down mandates common just years ago.

It will also not be lost on many that the strategy leans heavily towards maintaining public trust in government to keep automation-driven improvements coming, a challenge where parts of the federal government and particularly welfare agencies like Centrelink have run into heavy turbulence.

And at a time when the Commonwealth is still thrashing out what a federal digital identity may or may not look like, NSW has already ported many of its ID documents including fishing licences and soon driver’s licences to mobile phones in conjunction with the development of its own digital identity framework.

Another conspicuous theme is that the pace of reform and delivery in NSW is being deliberately sped up, with departmental heads compelled to provide half-yearly progress updates on their targets and KPIs. 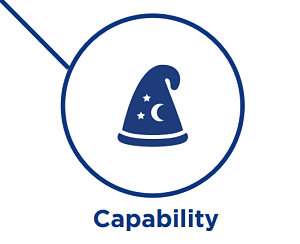 “Departmental Secretaries are required to report performance against the Strategy including the digital priority areas, on a six monthly basis to the Government Chief Information and Digital Officer (GCIDO). This information will inform the GCIDO’s biannual report to Cabinet.”

Also prominent as a theme is a push to not only create a data ‘ecosystem’ across the state but make it as close to real-time where possible, especially in areas where quicker and better informed government judgements and responses can be critical.

One slide thrown up to the CeBIT crowd by Dominello illustrated the ‘NSW Live’ platform that fuses together a series of spatially enabled data streams and sources and can be used during times of crisis and emergencies, like bushfires and floods.

When a fire starts to burn

The Finance minister was clear about the kinds of essential information it could bring together quickly.

Keeping on the theme of data as a valuable public and government resource, Dominello stressed the need for data to be useful as well as available.

To this end the state is creating an interactive data mart called ‘dMarketplace’ that Dominello said would act as a “TripAdvisor for data”.

Cyber security also gets a big nod with resilience, consistency and co-operation all being bolstered. Notable additions include new minimum standards and penetration testing of systems along with a welcome collaboration with the federal Australian Cyber Security Centre.

Less clear is how the NSW cyber security posture will cascade down to local governments, especially around bigger city councils and many regional councils that have to manage critical infrastructure assets like water.

With many local governments recently forcibly merged, many in the sector remain concerned that issues like systems integration have been underestimated and could create a drag on grass roots service delivery. 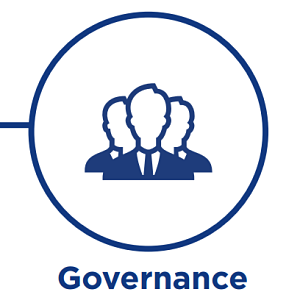 Perhaps the most forward looking and pragmatic part of the NSW digital strategy is a clear and ongoing focus on legislative reform to underpin improvements.

“Digital transformation needs to be supported by legislation and regulation that enables innovation to flourish, while ensuring that the appropriate legal and regulatory safeguards are in place to manage the potential risks of digital technology, and protect privacy,” the strategy says.

Put simply, that means binders of work for legislative drafters that will need to sift through existing acts to find tweaks and changes that will have to made, along with new laws altogether.

To this end, a key development is that the government and its army of lawyers will a new series of frameworks “to support new legislation that is digital by design.”

“Legislation that is fit for the digital age does not preclude emerging technology and new digital business models,” the strategy says.

For those familiar with the long-running limitations of NSW courts and justice tech platforms, any real improvements will be welcome.