Modern government communications didn’t start with the most ethical or professional of foundations. Before the creation of the British Empire’s first central communications unit, 100 years ago this year, official news of the war effort was crafted by playwrights and dramatists.

It took three years for allied governments to recognise that propaganda alone — ‘fake news’ — wasn’t working and without credible information reaching the population at home, it could even cost them the war.

That historical titbit is how Alex Aiken, the executive director of the UK Government Communications Service and head of the profession, softens the blow when he tells communicators they need to freshen up their professional credentials — not in terms of pieces of paper, but proven methodology and the latest research in fields like behavioural theory and social marketing.

Aiken found time to sit down with The Mandarin last week and also spoke at an IPAA ACT forum, shortly after the Manchester Arena bombing, between meeting his Australian counterparts to share his experience reforming and enhancing the profession of government communications. 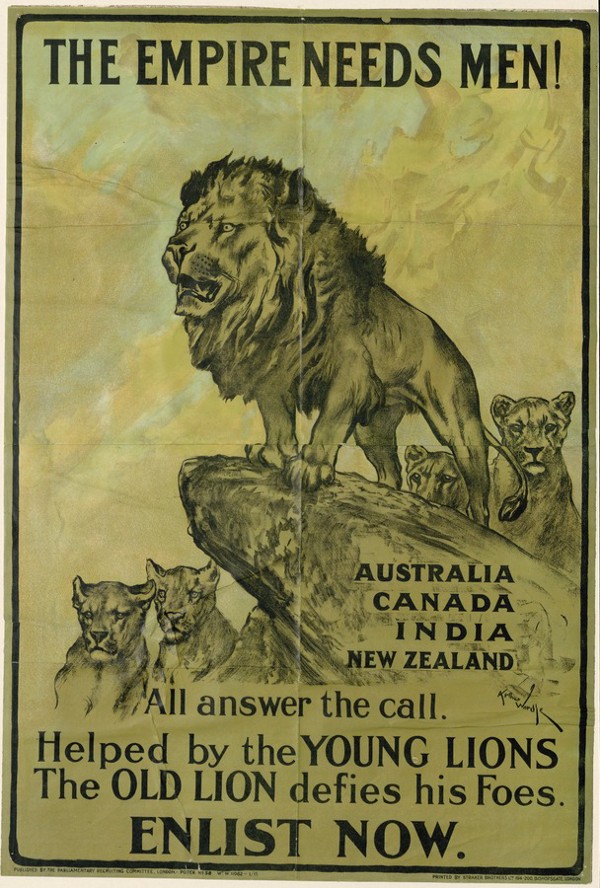 Except, Aiken doesn’t have a direct counterpart in Australia. While some states and territories have a central communication unit for political purposes, rarely do its roots extend into every corner of the public service like the GCS. Some departments have a separate pay scale for communicators, but not a single one has a professional stream that goes all the way to the top executive tiers, with advancement based on benchmarked professional capability. In Australia, we benchmark professional streams like HR, ICT and finance, even procurement, but never communications.

In 2010, the UK Central Office of Information was much like where Australian government communicators are now. It was abolished and replaced by the Government Communication Service, and campaign expenses were cut from £1 billion a year to half that.

The GCS set about rebuilding the profession that had become a dumping ground for displaced civil servants. Evaluation is now mandatory and professional standards linked to promotion. They also maintain an extensive graduate intake and training program.

All 21 departmental directors of communication in the UK government share responsibility in building of the profession’s esteem and mutual learning, including judging a campaign of the month competition and committing to a whole-of-government annual strategy.

The entirety of the GCS methodology and guidance is available online and, Aiken learned last week, used by Australian officials.

“There is a way to do it, a methodology, there are case studies, a body of learning, which if properly applied will change behaviours for the public good,” Aiken tells The Mandarin. In the UK context, “government communication is viewed as one of the leading professions in government”, ranked equal first in professional satisfaction. “It’s trusted to execute the government’s policies, both non-contentious — services like giving blood and recruitment for the public service and so on — as well as the more contested areas of policy.”

The rational part is the training and recruitment work. But as professional communicators they know about the need for both rational and emotional nudges, so that’s where rewards like the campaign of the month come in as a soft behavioural nudge that also works on the director-judges who get to ask if what they’re looking at is better than what their own department produces.

“We know you as government communicators do great work, but why don’t you share it,” Aiken says. “We’re going to give you an incentive to share it, because we’re going to judge a campaign of the month and that will be lauded and promoted and will impress your friends and make enemies envious. I’m humbled that we have 5-10 entries a month.”

While there are many expensive commercial awards that celebrate great tactical success, Aiken is wary that they don’t demonstrate strategic grasp and business outcomes that government communicators need to prioritise.

“The purpose of government communications is to improve, enhance or save lives. We can do that through our public health campaigns, getting people to get their old age pension, paying their taxes online, and finding the right job for them in direct employment or public service employment — that is a noble calling, working out how best to do that.”

Not unlike those first efforts during the war, behavioural nudges are still a big part of their work. Most UK government campaigns have a lifespan of about a year, some run over more than one year and take quite a long time to come to fruition, like stopping people from drink driving or stopping people from starting smoking. So getting it right with proven best practice in social marketing and behavioural economics is a high priority.

“We scoured the world, we look at great practice in Australia, New Zealand — they have a really interesting road safety campaign that said to drivers, you’re not the problem, but other drivers who are not as good as you, and if you speed they won’t be able to cope with it and they’ll crash. That was an innovative approach to an old problem.”

Back home, Aiken likes to point to examples of these best practice campaigns such as the 8-foot purple teddy bear-like creature created to educate and remind employees and employers about obligations and benefits of the workplace pension (voluntary superannuation contributions).

Government also has a role in combating misinformation, Aiken says. Russian misinformation for instance. The British embassy in Ukraine tweeted guides to Russian tanks to counter Russian denials of military involvement, including the shooting down of MH17.

Truth is sacrosanct, Aiken says. “Not stooping to the level of others is critical.” That was hard learned lesson for Britain when the earlier use of dramatists to come up with ridiculous stories about Germans during the first World War were remembered by a significant minority when news emerged of later horrors, like the Holocaust. “Propaganda failed– you’ve got to tell truth credibly.”

He’s thankful Britain still has a tradition of inquisitive journalists who wouldn’t stand for misinformation now.

Returning to his example of the early dramatists who were eventually replaced with professionals, Aiken warns that the professional of government communication is always under threat, so it’s incumbent on communicators to explain and stand up for their profession. Even with the pressures of significant change.

Winston Churchill shut it down after the second World War saying ‘we’re done with all that propaganda, we don’t need that’ and decided to close down government communications. But it was saved by prime minister Clement Attlee who was in his earlier life a government communicator. He had gone door to door in Essex to explain the government reforms of the time including pension reforms, and how they would benefit people.

Aiken told local communicators that they should to get back to those roots, getting out of the office and talking with people.

“When I was out talking to a school, a majority Muslim class. The teachers said they probably don’t really understand what the British government is … but what they really want to hear about, these 13-14 year olds, is what car you drive, what football team you support, and how much you earn. They weren’t impressed by my choice of car or football team, but they were vaguely impressed by the salary. That started a conversation about what I do, how I got there, and what government communication is about.

“Having built that trust with the audience they then opened up and asked the questions I really wanted them to ask, like ‘why does your government bomb our fellow religionists in Syria? and then we could have a proper conversation about the billion pounds of support and the careful target of military interventions in Syria and Iraq. By the end of it we’d build a relationship, which is the point of communication.”

He hoped communicators could prioritise listening and building relationships as much as talking.