Awards programs can provide a reasonable view into how public servants are actually implementing the innovative new approaches we hear so much about.

Finalists in Canberra’s Public Sector Innovation Awards were announced last month and each team then pitched their project in person to the judging panel on June 28.

The Australian Information Industry Association also gives out gongs for “technology innovations that have the potential to, or are already having a positive impact on the community” with a category just for public sector solutions. The state-level iAwards have already taken place and the winners (see below video) all get a shot at the national prizes, which will be awarded in Melbourne on August 30.

The federal and ACT government Innovation Awards will be presented on July 26, and winning teams will then get further opportunities to show off their sterling work, but in the meantime, a highlight reel features some of their pitches.

The AIIA’s iAwards recognise both projects that help the work of public servants, and others that highlight the leading research and development work going on inside some government agencies — mainly CSIRO and its subsidiary Data61.

Five awards went to public sector entrants at the South Australian ceremony — including three to the Cross Domain Desktop Compositor delivered by Defence Science and Technology Group and Data61, which basically allows a user to work with several highly secure isolated machines through a single interface.

The high-tech solution not only took out the public sector and government category but also the more general awards for the best research and development project and the best infrastructure and platforms innovation, which are open to entrants from the private sector as well.

Service SA, part of the Department of the Premier and Cabinet, also won a merit award in the public sector category for its whole-of-government electronic forms platform, iApply, which it built in response to demand from agencies across the SA public service:

“One of the key benefits of iApply is the ease of form creation, enabling agencies to create and manage forms without the need to engage a developer. This enables the service improvement and redesign required to deliver Digital by Default, through a largely self-service model.”

In New South Wales, the AIIA judges gave two awards to the SEED portal, which stands for Sharing and Enabling Environmental Data, for the best public sector solution and in the category for infrastructure and platorms innovation. According to the NSW Department of Planning and Environment:

“The portal was a NSW Government initiative in response to community requests for reliable and readily available information about the environment in NSW. Developed in consultation with the community and industry, SEED is an online resource for everyone, including landowners, researchers, local government, industry and special interest groups.”

The team that built it consulted a wide range of stakeholders and technical experts, including local government, agriculture industry groups, Aboriginal Land Councils, gas mining companies and community groups like the Lock the Gate Alliance that fights against them.

The NSW Institute of Trauma and Injury Management also picked up a merit award for its Trauma app, which supports clinicians in the state’s hospitals and ambulance service. The app has been popular with thousands of downloads and 75% of users opening it 1-5 times per week. Surveys found 79% of users believe it “contributed to positive patient outcomes” and 66% felt it had a positive impact on relationships with patients.

The CSIRO got a machine learning award in NSW for an extremely niche online application for genetic research, and two more (with its Data61 unit) for its work towards wearable technology that can generate its own power. Data61 and CSIRO also shared a merit award with the Sydney Water Corporation for a system that aims to predict when water pipes are likely to fail, before it happens.

In the ACT, the Australian Electoral Commission got a public sector merit award for its use of “sophisticated scanning and image recognition technology” to count Senate votes in the 2016 election. Data61 won an award for its work towards the development of a bionic eye, which is rather fascinating:

“Commencing 2012, three patients were implanted with a 20 electrode retinal implant. During the trial we investigated the effectiveness of a number of vision processing techniques that we developed for prosthetic vision. They were run as software which took images from a head worn camera, and converted these to electrical stimulation on the device.”

Despite being a private company Vault Systems won the main ACT public sector and government prize for its secure cloud service that is certified for government information classified to “PROTECTED” level.

No public sector award was given out in Victoria, but Data61 was on the podium again for 3D modelling software that supports training for olympic divers. 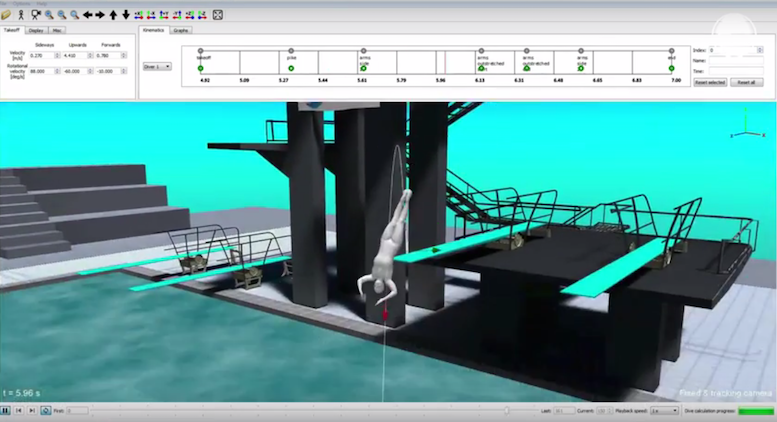 In Queensland, Ipswich City Council’s smart city plan won the Premier’s award for public sector transformation. It’s an “exciting time” to live in Brisbane’s western satellite — and not just because colourful former mayor Paul Pisasale is in deep trouble with the Crime and Corruption Commission — but for other more positive reasons, according to the council:

“We are embracing new ways of working. New ways of learning. And new ways of living. Our vision is to be a truly connected community, full of ideas, energy and innovation. As one of Australia’s fastest growing cities, now is the time to define our future prosperity.”

The project makes use of all manner of new and interesting technology like remote controlled drones to “monitor and protect” the natural environment and “smart” everything — street lights, parks, public buildings — but it also tries to consider the human side of the city through transport, health, sustainability, digital literacy programs and citizen-centric service design.

Finally, the University of Tasmania took out two categories — public sector and government, plus infrastructure and platforms — with its Research Data Management Portal, a collaboration platform that “encourages researchers to make sensitive metadata discoverable and, if possible, enable access, sharing and re-use”.