Leaders in the public sector have a timeless challenge: to create public value. These four words contain enormous complexity, not least because it means balancing the needs and wants of today’s citizens with enhancing the public sphere for future generations. Each by itself would be challenging, but balancing the two in an increasingly complex environment requires astonishing intellectual aikido.

As part of this, strategic commissioning has emerged as a mechanism for framing how value should be created, delivered, captured and governed. One of the outcomes has been a significant flow of ‘simpler’ services from the public sector to the private and NGO sectors, meaning that the predominant bailiwick of public sector agencies is becoming the stewardship of wicked problems and adaptive contexts. Over the next decade, this pendulum will move further still – the future of government will almost entirely be dealing with the most challenging issues of our society, in an ever-expanding public sphere.

Adding to this challenge is the speed at which private sector organisational models are diverging from those of the public sector. For the last century, the bureaucratic characteristics of the public sector have been more or less similar to the organisational models of major corporations. Despite the overlay of public service and the Westminster system, the organisation of a typical department in the second half of the twentieth century was not that different from GE, Ford or Exxon.

However, in the last five years, the incumbent model has been demolished by the likes of Google, Netflix and Atlassian. It isn’t simply that they have created or employed exponential technologies – they represent a paradigm change in the nature of ‘organisation’, and much of their success is attributable to this change. If the organisational architecture requirements of Google and Atlassian seem a million miles away from the concerns of government, they shouldn’t – they are knocking loudly on our door.

Simultaneously, government is facing a sharper focus on pubic value, a greater focus on adaptive contexts and multi-partite solution development, and an accelerating emphasis on exponential technologies as a pathway to greater impact, as well as a need to re-think and re-design the organisational model. The impact this changing environment has on the future success of public sector leadership is phenomenal. 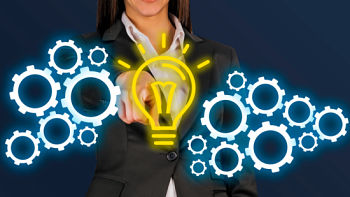 To develop solutions for the next decade of change and challenges, my company has spent the past two years immersed in intensive research. We have engaged with global experts on the future of work, analysed new organisational models, reviewed more than 1,000 academic articles, studied the capabilities, routines and mental pathways of the world’s most successful people, and conducted experimental trials to understand how organisations can secure their future success.

The result is a methodology that we call Potentiology™, which outlines a new approach to organisational architecture designed to optimise the human contribution to performance, as well as leadership development, that enables executives to develop world-class capabilities in the domains most critical to their organisation.

This is what we discovered from our research:

From an organisational perspective, there are two factors that all organisations, including public sector agencies, must recognise in order to succeed in the next decade.

The first is an agency’s ability to capitalise on the exponential technologies that underpin and enable a productivity breakthrough. While many government entities are embracing new technologies, far more rapid change will be needed in the decade ahead. The second factor is realising the full potential of the agency’s people. As the role of people in procedural work continues to decrease, there will be little value in employees simply acting as factors of production. Their contribution will need to be of a higher order.

Though few people have recognised it, succeeding with the second factor is actually more powerful, because it enables the first.

The capabilities all public sector leaders need to excel

One of the key outputs of our Potentiology™ research was the identification of six universally relevant leadership and people capabilities that are essential for any organisation or agency to succeed. These are invaluable for all organisations, but particularly for leaders within the public sector because government agencies are typically more dependent on realising human potential to achieve superior performance (as opposed to entities that gain more from their brand, balance sheet, barriers to entry, incentive-based remuneration, etc).

These six capabilities include:

We know from the last decade’s research in fields such as behavioural economics that cognitive biases often drive us to make poor quality decisions, which only get worse when we are hungry, tired or stressed. In contrast, computers are outperforming humans with decades of expertise when making diagnoses in many fields – and doing this in a fraction of the time.

Emphasis on technology integration in the public sector is not new. In fact, The Mandarin wrote about the importance of integrating AI into the public sector two years ago. But while we can’t hand all decisions over to computers, agency leaders must start to recognise that better decisions need principles of hypothesis, modelling, data, testing and objectivity. This is not simply about policy decisions, but also in realms of strategy, organisation and workforce management.

Humans have an immense natural capacity for creativity and as procedural work moves to computers, public service leaders must recognise how employees can add value through their ability to think non-linearly and to innovate.

While imagination, boldness and lateral thinking must be balanced with risk management, for many agencies and their leaders the pendulum is much too far towards fearing risk, when increasingly it must be embraced and managed.

In the public sector, greater open-mindedness and creativity is critical for many reasons. The skill of ‘perspective taking’, for example, is essential for solving complex problems involving diverse stakeholder groups.

Similarly, devising imaginative solutions is essential for improving public value in situations of tight or reducing operating capacity. It’s one thing to solve a problem with luxuries of funding and personnel; it requires creativity to do so in a context of constraint.

Despite our penchant for competition, humans have a drive for collaboration. We have shared ideas with others, sometimes even our enemies, and we have passed these ideas to the next generation so that they may, as Isaac Newton put it, ‘stand on the shoulders of giants’.

If there is one realm in which collaboration is more critical it is that of wicked problems, which will be the overwhelming and ever-growing focus of the public sector. However, collaboration is not a process, it is a capability and one in which the skill level of today’s public sector leaders is highly variable. Over the next decade, this capability must soar to virtuoso levels across government.

While the industrial age model has been guilty of suppressing collaboration by creating divisions, siloes, hierarchies and internal competition, public sectors should look at Facebook’s Hackathons or Agile’s Scrum. These approaches reflect a change in the world of work and a discovery that command-and-control severely limits an organisation’s ability to innovate, adapt and solve problems.

This is all about empathy and compassion. How important is this? These words from Christina Boedker at University of NSW are illuminating: “A seminal research project, which looked at 5,600 people across 77 organisations, found that out of all of the various elements in a business, the ability of a leader to be compassionate had the greatest correlation with profitability and productivity.”

While this research was primarily in for-profit companies, this behaviour is arguably even more important in the public sector. For starters, the work of public servants can feel gruelling or thankless (apart from the intrinsic reward of doing social good). Ministerial decisions may feel capricious; MOGs may feel like a circuit-breaker after gaining momentum, or even a step back. In this context, public servants need people around them who demonstrate compassion, not indifference. In purpose-driven organisations, such connection counts for a great deal.

Successful management of employee experience, as well as customer and stakeholder engagement, results in higher staff retention, morale and loyalty, and more effective transformation and change. This is especially important in the multi-partite work required to address wicked problems. These traits are no longer ‘nice to have’ or ‘soft skills’, they are mission-critical.

Leaders need to be able to embrace agility so well that it becomes frictionless. And they need to be able to help others achieve the same. The key to this is a reframing so that change is not a difficulty or a source of resistance, but rather a creative experience, a quest to design a future we truly care about.

This represents a challenging but important shift for the majority of today’s public sector leaders. Many major transformations are treated as annoyances or worse, and are met with either cynicism or grim acceptance. They then proceed too slowly and with too much lost productivity. We need to see something very different: inspiring the workforce about the public value to be created and the journey of discovery to get there.

Capacity is about resilience, and the qualities and practices that mean adversities do not feel so adverse. By nurturing dimensions such as engagement, purpose, positivity, relationships and the pursuit of meaningful goals, leaders can give themselves much more capacity and help others to do the same.

Having such a reservoir of capacity is the most valuable starting point for all the challenges that public sector leaders must face (and seek out) if they are to help their organisations succeed. Arguably, this may be the capability that agencies need most to develop, to support development of all the others.

We’ve found that, if agencies select one or two capabilities and then develop them with laser-like focus then two things happen:

By doing this, agencies will be well positioned for the next quantum leap in the cyber-physical revolution. And it should mean that, despite myriad challenges, your ability to create public value is greater than ever before. 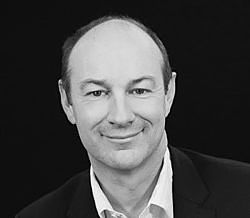 A minor point re. the divergence of organisational models

I don’t see large engineering, construction and resources companies changing their structures radically, but I do see them reorganising methods and technical platforms for productivity gains. I suggest that markets and customer needs are what drives companies (ie. the system behaviours and actors they are exposed to and the power they have to influence). Tech platform companies (Google, Netflix and Atlassian) have far different system exposures. Governments have much more complex system exposures to deal with. The West Minster system provides a level of flexibility through federated machinery and law to cater for different system exposures. Commissioning is only one mechanism.