When New South Wales Customer Service Commissioner Mike Pratt was named the state’s latest Treasury Secretary in July 2017, it was a vindication of sorts for agency leaders who had persevered with swift and often controversial real-world reforms over more easily accepted and incremental changes.

Yet Pratt’s conspicuously performance-oriented approach building and guiding better services by sticking to a solid strategy, hard evidence and capability-led execution plan won not just the respect of peers and ministers but public hearts and minds. 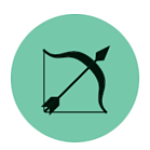 Plainly labelled the Customer Service Strategy, the people-first approach, which borrowed substantially from successful experiences in the banking, retail and online sectors, wasn’t afraid to challenge convention or orthodoxy either.

At a time when call centres were being shuttered across Australia, Pratt doubled down to make sure real people were on the end of the line to government.

Why? Because 64% of people asked had said they hated talking to a machine. It cost, but was well worth it.

What Pratt demonstrated is that when solid strategy meets capable execution, the results are potently positive for agency and customers alike. True, there can be a sharp learning curve, but the skills are there for those who want to learn them.

Strategy isn’t brand new, but it has evolved: welcome to strategy that works

One of the most common mantra’s of the need for ‘transformation’ – let’s just call it real change – within government is that service capability and delivery times have fallen well behind the private sector.

The fact is that public expectation follows customer experience and if government doesn’t change, it falls behind. Think of forms, and how nice it is when there aren’t any. 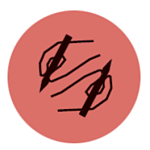 Although public sector leaders like Mike Pratt show us things can change, and quickly, it’s definitely worth surveying what successful enterprises in the private sector have been doing to stay on top.

They are relevant and pertinent.

Administration may be the business of government, but voluntary administration simply isn’t an option for agencies and their customers which means a different set of pressures and drivers affect the way decisions are made.

Such differences shouldn’t be obstacles for harnessing lessons learned both in the private sector and by other agencies as they seek to improve their performance and outcomes by using strategy through execution.

Corporations and businesses are often highly guarded about the competitive details of their operations, but a common success factor they share with government is that they are not afraid to look to external trusted advisers to inform their thinking and plans. 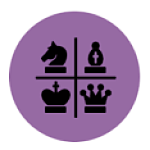 This makes sense, not least because the accrued acumen of what works – and what doesn’t – can be harnessed through common lessons and approaches that are applied in context, rather than (re)discovering a minimal viable product better known as the wheel.

Where are effort and resources being expended without return? What can be automated and what can’t? What are contemporary customer expectations and how do service levels benchmark against these? What internal skills and capabilities can be brought to bear and where are they lacking? What are the stumbling blocks and resistance points?

If we take successful transformations like Service NSW as an example, what we see is that private sector lessons can be put into action by cultivating strategic intent and applying purposeful execution through a well-informed roadmap for change.

More often than not, it’s about returning capability to the systems of government — and that’s a deliberate and acquired set of skills.

For many years the provision of higher level consulting services and strategic advice was typically separated from hands-on, frontline operational assistance. As businesses and government became disrupted, that’s changed in line with a new reality and expectations.

It’s a change for the better too.

Strategy& was formed in March, 2014, when the firm formerly known as Booz & Company combined with PwC to form a new kind of consulting team, offering strategy-through-execution services under one roof.

Put simply, it’s a smarter, sharper and more capable offer to clients that balances high-end advice with real world delivery smarts and brings with it more than 250 years of experience in helping global and local clients solve their toughest problems.

Strategy& is also an alliance that’s up for a new, frank and respectful conversation on how to solve common problems for mutual benefit and the public good.

This is backed by world-leading research and evidence about how to translate productive and effective ideas and approaches between government, stakeholders and business.

To back this up and keep the conversation moving, Strategy& has made available a substantial pool of advisory content to public sector leaders in the spirit of openness; because when government becomes more open, those helping to inform it should be too.

10 Principles of Strategy through Execution

A recent worldwide survey by Strategy& asked 700 business executives how they rated their enterprises senior leadership when it came to strategy development and execution.

Just 8% were rated as very effective at both, a figure that shows it’s not just government that faces major challenges. But it’s the common traits of successful companies like Apple, Amazon and IKEA that really stand out.

Known as the 10 Principles of Strategy through Execution, these link a conscious and deliberate direction of where an organisation is headed with what it does best and combine all the elements of capability and of execution — technology, human skills, processes, and organisational structures.