The United Nations Command has fallen out of public memory, a remnant of the Korean War that never officially ended. Hastily established in 1950 and given (by today’s standards absurd) privileges by the governments of the Republic of Korea and Japan, the command monitors and advises not just on nuclear threats, but biological and chemical weapons also.

The UN Command Rear located at Yokota Air Base, Japan is designated to an Australian commander — a Group Captain (O5) in the Royal Australian Air Force — out of respect for Australia’s early participation. RAAF’s 77 Squadron was the first non-Korean and non-US forces to see combat in the conflict. The deputy commander is always Canadian. It must always fly a UN flag. That command arrangement has continued uninterrupted to today.

“This was a form of legal trickery by the Allied forces.”

When Japan regained sovereignty in 1951, the “Treaty of San Francisco” included provisions in which Japan would permit the continued operation of UN bases in Japan to support UN actions relating to UN Security Council Resolution 84.

Those provisions were formalised in a Status of Forces Agreement in 1954 following the Armistice.

The UN Command relocated from Tokyo to Seoul in 1957, but a small command — the Australian-led UN Command Rear remained. This was a form of legal trickery by the Allied forces. The SOFA agreement would be terminated and Japan would regain full sovereignty if the UN Command were to leave Japan entirely, thus the position at Yokota is continuously occupied even during long stretches of low activity from North Korea. 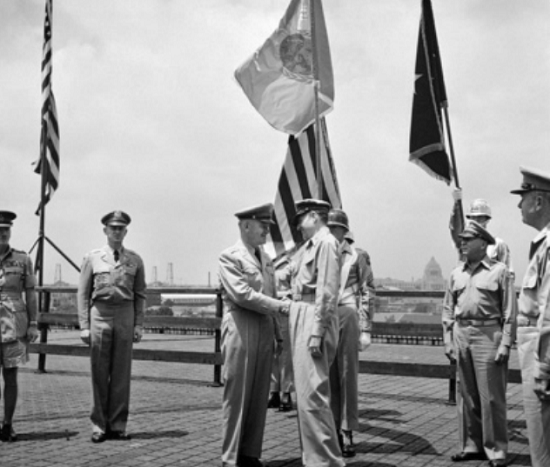 The Japanese government is none-too-happy that this provision continues to be exercised.  There have been on-going talks about the return of operational control to Japan, but so far without resolution.

In recent days, amid growing tension, the command in Yokota has seen many high profile visitors. Interest will be even higher following today’s news of a North Korean missile sent over Japan. Officials are quick to highlight that it’s not the first missile to reach Japan since the Armistice officially began 64 years ago. Nonetheless US military base that hosts the command is on high alert.

Late last year I was fortunate to tour that command, located far inland in the outer suburbs of western Tokyo. In hindsight I should have taken notes. At the time I couldn’t have anticipated that a future President Donald Trump would upturn his own non-intervention foreign policy and openly provoke a conflict with Kim Jong-un. The Group Captain, however, probably did, since it’s his job to monitor for threats to the Armistice.