Last month we promoted a survey from Apolitical to identify a little bit about what goes on in the mind of public servants, not just in Australia but around the world. Even we were surprised by the strong local response.

We’re not saying these results are as scientific as the Australian Bureau of Statistics’ marriage law postal survey, but you are curious how fellow public servants define themselves, right?

More than 7000 public servants from 97 countries took part in the survey answering how they think and how they approach big decisions — something with huge consequences for effective government.

The results reveal something of a disconnection: public servants believe that what will bring a step change to their work is more contact with innovators; they think that collaboration is useful for getting advice and hearing about what others are doing in their field; but when they need help on big decisions they do not turn to their colleagues in the public service.

Skip to the bottom of the page for the just-for-fun answers to what archetype do most public servant consider themselves — a ‘wonk’, an ‘unsung hero’, or an ‘innovator’.

When they need help on momentous policy decisions, public servants turn to…

External sources are decidedly the go-to place for guidance, especially published research. But you’ll want to come back to this question when you read the results of the next one. 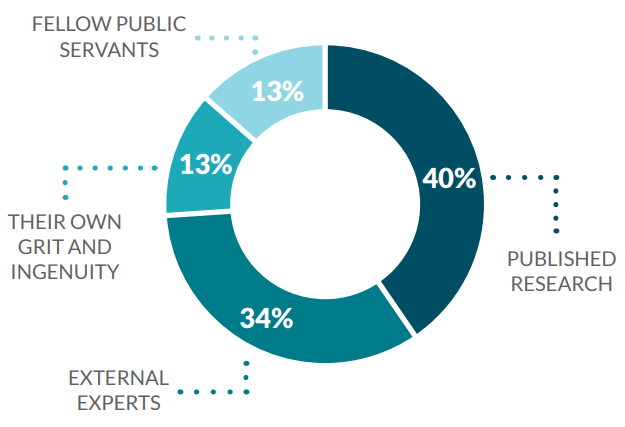 When making big decisions, the source of information public servants trust most is…

A fairly even split when to comes to trust. A little over half put more stock in external sources, while other half only trust sources closer to home, either their colleagues or only themselves. Puts and interesting spin on the previous question. 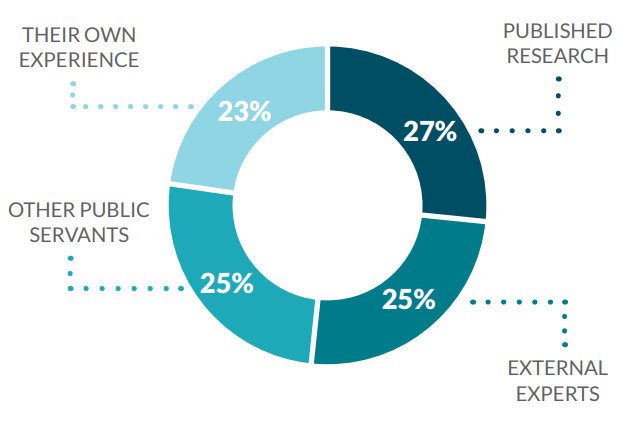 Who doesn’t love networking? Other than introverts. It seems that face to face time with innovators is what most public servants feel they need to reach that next level, followed by examples of success in other jurisdictions. 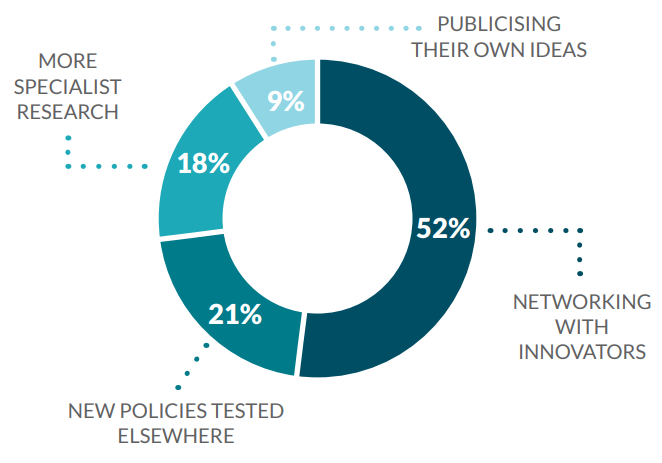 Overwhelmingly public servants do see value in collaboration, but mostly as a one-way information flow to help them with their needs. 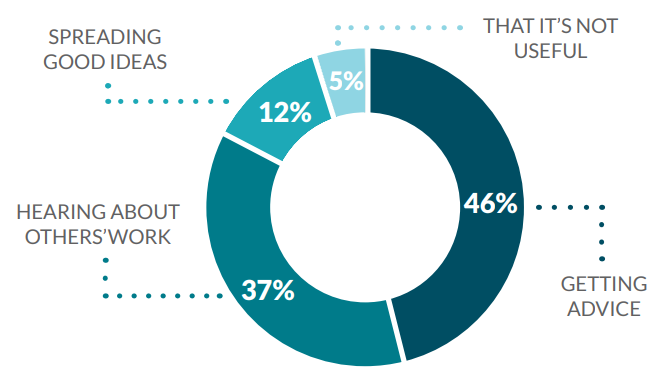 Finally, the super-scientific most common type of public servant is… the director! 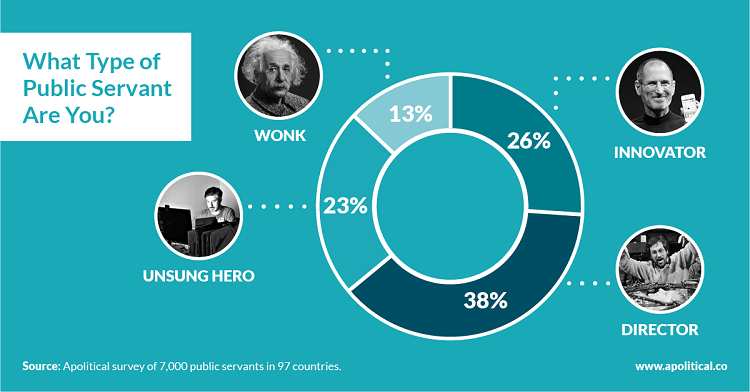