So, the new round of mandarin musical chairs is taking place this week.

Just as well Parliament is not sitting again until October 16 — four blissful politician-free weeks in Canberra, although it took ages to double-check that factoid in the bowels of the Department of the Prime Minister and Cabinet’s website. You had to know what to look for — although it is easily  found on the aph.gov.au website.

To digress for a moment, PM&C’s website features lots of promotional bits and pieces that would do well on the ABC’s Utopia.

It was redone a year or two ago and not, unfortunately, for the better. A video features “our diversity champion” — a cartoon person with no face. There is a motto — “We’re different. Together.” And there’s the usual guff about making a difference, trotted out by uncomfortable people. Bet you’d like a paleo pear for every time you hear that one. Can it be so hard to write a decent promotional script for Australia’s premier public service agency? Does PM&C even need promoting?

Anyway, as of Monday September 18, about 50,000 federal public servants across Australia have a new boss, after Malcolm Turnbull’s announcement of the big reshuffle of department secretaries. Another 19,000 or so at Defence got their new one, Greg Moriarty, on September 4, so let’s say 70,000, or nearly half the public service. Time will tell whether there is a knock-on effect for the deputies.

The reshuffle, affecting 10 departments and umpteen portfolio agencies, included the promotion of one more woman, Kerri Hartland — who’s been mentioned as a future secretary ever since she was a branch head in Industry — to Employment. That brings women to eight of the 18 secretaries, or 44.4%. Take that, private sector.

The other newbie is Steven Kennedy, promoted from associate secretary at PM&C (broadly deputy secretary level) to run Infrastructure.

Of course, most public servants down the food chain will never meet their secretary, often a god-like figure. Some prefer it that way and dread running into theirs in the lift. What to say in those forced, jolly moments? What if the lift gets stuck?

Occasionally a mandarin who is especially outspoken who has been caught in a political storm or who has unusually strong charisma makes a big impression down the line, but many remain quite remote for hundreds or even thousands of their staff, in the still incredibly hierarchical departmental structures.

As Tom Burton has observed, the reshuffle brought in no new blood, which carries a risk of the Australian Public Service becoming ever-inward looking and speaking more to itself — often in its own manufactured jargon — than to the rest of the nation and the future. That is why smart people like former Defence secretary Dennis Richardson think it is time for a new Coombs-style royal commission — not as a ‘gotcha’ scapegoating exercise, but a genuine review casting forwards. Is it possible? Maybe.

It is true that the Canberra culture of government service is deeply embedded after four or five generations, with a great depth of knowledge both inside and outside the bureaucracy. The discourse in Canberra is sophisticated, intelligent and passionate, but can tend towards defending the status quo at all costs. Like every powerful institution, the APS also has a legendary ability to white-ant senior incomers who have no institutional power base.

Given the stage of the electoral cycle and near-constant political upheavals, however, there is much to be said for the consolidation of leadership at this point. ‘Innovation’ is one thing, but ‘disruption’ might not excite Turnbull quite so much as, for instance, it did when the Digital Transformation Office was created. And timing is everything.

On the plus side, it has also allowed PM&C secretary Martin Parkinson to put his stamp on the secretaries’ board for the first time in his 20 months in the job and provides much-needed stabilisation after a decade of high turnover on all fronts.

And it potentially strengthens — or at least tests — the four secretaries who until this week had run a single department: Mike Mrdak, who moves from Infrastructure to Communications after eight years; Heather Smith, from Communications to Industry; Renée Leon, from Employment to Human Services; and Kathryn Campbell, from Human Services to Social Services.

As predicted, Glenys Beauchamp moves from Industry to Health while Immigration chief Mike Pezzullo, who missed Defence, will gobble up oversight of much of the Attorney-General’s portfolio as secretary-designate of the forthcoming Department of Home Affairs. There is much to fix in his portfolio already, not least in the leadership of the Australian Border Force. Many people still have deep reservations not only about the merger of Immigration and Customs, along with the black uniform, silver decoration and the guns, but also about the new super-portfolio grouping of security agencies.

Meanwhile, there’s a chance for a few clean slates, including moving on from such embarrassments as the robodebt debacle and the disastrous enterprise bargaining round that is limping to the finishing line after nearly four bitter years. 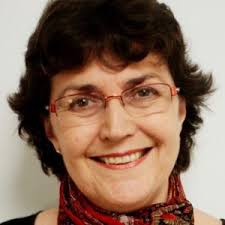