Government has always been a series of interlinked networks that interact with citizens, the private sector and a myriad of stakeholders.

Whether it’s defence, tax, transport or health, the way in which agencies operate and communicate has been underpinned by largely reactive technologies that evolve in block-like increments rather than a constant progression.

But we’re now at a crossroads and facing a generational step change where rapidly evolving phenomena like automation, machine learning, advanced analytics, workplace transformation and the Internet of Things are irrevocably altering the world around us.

Government isn’t exempt or immune from this shift. Nothing is isolated anymore.

Today the public sector is hugely exposed because the platforms and networks that have traditionally made it function are now being directly challenged in terms of their utility, resilience and fundamental ability to deal with near and medium term risks and opportunities.

Doing nothing is not an option.

The frontline and backroom collide

For decades technology executives in government fought a hidden battle for recognition and acknowledgement at the top that the work they did mattered as a first order issue.

Today, that battle is won, but victory comes with a formidable new challenge: a consensus that custodians of technology strategy must immediately chart a path to future operational success. Careers will rise and fall on these results.

Digital transformation has morphed from a buzzword to an unrelenting operational state of being, not just for businesses, but for government and the people it serves.

Citizens are now accustomed to transacting with commercial organisations whenever and wherever they like. Like it or not, everything is connected. 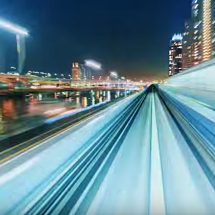 This means public and political pressure the ‘platform of government’ to function as an intelligent whole (rather than discrete pieces) becomes immense.

To create that intelligent, adaptive platform two core things are needed: rock solid base architecture and evolutionary network smarts to keep the machinery of government humming today and fit for tomorrow.

Citizens are alive to the opportunity of improved experiences, efficiency and services that network reliant automation and artificial intelligence now offers. Few will mourn the passing of ‘tax time’ let alone dumb forms and static websites that never remembered who you are or what you did last.

Astute public sector and business leaders can grasp the game-changing opportunity for data-led innovation that devices and infrastructure connected to the Internet of things can bring — be it smoother travel, seamless identity or smart homes and workplaces as comfortable as they are efficient.

The public sector’s substantial transformative efforts are not unrecognised by experts.

“The focus on shared whole-of-government platforms, the attempt to break down some of the data silos that plague governments around the world through the “Tell Us Once” style of system and federated identity management framework are all good steps towards digital government maturity by the Australian Government.

“The challenge now is to deliver against these commitments.”

That doesn’t happen in isolation from industry.

Those forging government strategy that can harness new and augmented technology are now at an inflection point in terms of how decisions they make today will influence the future.

Like their corporate counterparts, they need to provide systems, connections and services that increasingly anticipate the changing needs of users in advance of those needs actually arising – and adapting on the fly.

True, the cloud affords bandwidth to absorb sudden spikes — but until now the many underlying networks that form the central nervous systems of whole operations have lacked the almost human quality required to make the next step in service delivery: intuition.

What the machines did next …

The most profound shift is the elevation of intelligent technology and communication networks to the top of the critical infrastructure pecking order, where systems must now be able to learn, adapt, predict and mitigate events before they arrive.

Cisco was there at the dawn of the internet, has ridden through its storms and today stands at the front of the pack when it comes to delivering foundational Digital Network Architecture to empower the public sector to ride out the biggest economic and 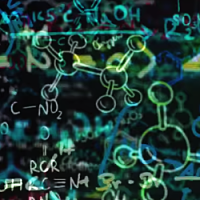 technological step shift in a generation.

In June the networking pioneer unveiled one of the most significant breakthroughs in digital networking to date through a fully developed concept and operating model that just a few years ago would have sounded like a futuristic film script.

It launched intent-based networking solutions, which can learn, adapt and evolve on the fly.

Dubbed ‘The Network. Intuitive’ it is just that – an integrated, adaptive network capable of reasoning for itself and automatically taking actions in intelligent anticipation of demands, threats, and the behaviour of humans and machines.

“In human intuition we base our actions on numerous of inputs and experiences that we have in our brains … we just intuitively know what to do,” Cisco’s ANZ chief technology officer Kevin Bloch explains.

“This is how the network can work now. As every government agency thinks about what digital means to the future, it means they can tailor their operations to how humans want to deal with each other in the 21st century.

Senior director of enterprise networks engineering at Cisco Carl Solder says businesses and government departments have a problem where tool-sets that were used to manage and handle networks 20 years ago are still being used today.

An obvious problem here is that while the impact of the internet was quickly felt years ago, concepts like IoT, cloud, mobility and proactive cyber security were simply not on the radar.

This has translated to a sharp escalation in the degree of liability and risk legacy technology generates, and it’s getting bigger.

“It makes it difficult to administer and manage those networks, and it results in a lot of inefficiencies, with new services taking months to roll out,” Solder says.

“[With intent-based networking] changes that used to take weeks can now happen in seconds, and more importantly, it is less prone to human-error.”

To err may be human. Yet when machines increasingly control much around us that’s critical we can all benefit from them being able to learn and adapt more quickly than we can.