An effective and evolving public sector needs smart and secure foundations at both strategic and operational levels. Digital Network Architecture makes those essential connections, now and for the future.

The days when it was tacitly acceptable for government technology to lag the corporate sector have long gone.

As citizens and policymakers increasingly embrace the reality of what’s now possible in modern service delivery, digital transformation has vaulted from a buzzword to an urgent necessity.

It is no longer a question of how public servants must change to harness and exploit technology for the public good. The immediate and future imperative has turned to public sector developing new ways of operating and delivering.

Government today needs a truly digital foundation for network architecture, and getting there requires both awareness and action.

Awake to change, enabled for opportunity

One key shift to hit public administration over the past decade is the pressing need for senior executives right across the executive suite to more effectively manage and harness technology.

That doesn’t mean gazumping the CIO – but it does mean keeping pace with what’s changing. It’s knowing when something ‘around the corner’ will imminently influence citizen and stakeholder behaviour and thus strategy and operations. 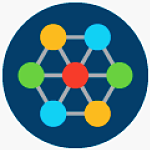 Like business leaders, senior public sector executives not yet putting in place strategies to deal with artificial intelligence, machine learning, the Internet of Things and big data (with resilient cyber security baked-in) risk being left behind.

It matters today as much as tomorrow. Machines aren’t just talking to each other, they’re learning from us — and each other — to the point they sense and predict events or think ahead.

From nervous to natural

One of the best ways to describe the human-like quality produced by digitally enabled operations in this new era is intuition.

Just like a human being instinctively knows the things they need to do, so must organisations. It’s a learned response; humans and organisations develop logical anticipation based on experience and cues. As computing advances, the machines and software we build also increasingly evolve to behave more like us.

Think of it this way. As people, we rely on our central nervous system to connect our senses to drive actions. For digital organisations, that core driver all comes back to their underlying network capability.

The biggest leap is in interconnection – our phones are now home and work computers, cameras, wallets and air tickets – and they’re all linked to the cloud and each other by a complex and increasingly intelligent myriad of networks.

As a vehicle for service and policy delivery, government networks must now evolve at a foundational level to remain effective and relevant. This goes well beyond buzzwords and symbolic announcements.

It means a new critical public infrastructure base with truly native digital capability that’s baked-in by intention and design. That step shift is occurring right now and it’s gathering pace.

In June networking pioneer Cisco unveiled one of the most significant breakthroughs in enterprise networking: intent-based networking solutions.

Under a concept branded ‘The Network. Intuitive’ the technology giant has harnessed the cumulative effect of advancing technologies and bowled-up a game changer through a network capable of thinking for itself and taking actions to anticipate requirements.

Cisco chief executive Chuck Robbins says even his company, which has built the fundamental technology to drive the rise of the internet over 30 years, has had to make a significant transition and rethink everything it does to take advantage of new opportunities.

“In rethinking the network, we must move from a highly manual, time-intensive, often static approach to one that works with the future in mind,” Robbins says.

“Anticipating your needs, understanding your intent and continually learning from the context of all the data that surrounds your business.

“The new network delivers a world where you can connect billions of devices, identify them almost instantly, know what’s trustworthy and what isn’t, and draw exponential value from the connections – and you can do it in hours instead of weeks and months.”

This comprehensive new footing is Digital Network Architecture – DNA. And once installed it promises to provide government with a bedrock for the coming generation of highly connected and intelligent services.

Instead of eyeing trends towards automation, smart infrastructure, big data and intuitive applications with trepidation, public sector leaders today can get on the front foot to proactively provide the services of the future — rather than merely reacting to what citizens and the private sector are doing.

The total value of such a synergy may be hard to quantify, but we know tangible costs of legacy: slower services, public frustration, eroded trust and unrealised economic opportunities.

And while maintaining the status quo has ceased to be an option, care and diligence still need to be exercised to ensure technology providers are as reliable and robust as they are visionary when moving to this new way of operating.

Knowing how and where to apply powerful new technology isn’t learned overnight, especially when it comes channelling frequently disruptive change into positive rather than negative for citizens and stakeholders alike.

Having ridden out technology peaks and troughs, Cisco’s cumulative experience naturally positions it as a proven and trusted provider that can catalyse opportunities, navigate challenges and prioritise fundamentals over fads.

This means that Digital Network Architecture is more than just the sum of its parts.

“The good thing is that many of the customer deployments out there are going to be prime for this capability.”

He says government departments will be able to rapidly roll out new services, which were once months in the planning and have systems that are much less prone to human error.

Chuck Robbins says he believes that the changes Cisco has made with its intuitive network will alter the trajectory of the entire industry.

He describes the innovation as a new age of “exponential expansiveness,” which will offer customers endless opportunities once initial complexities of legacy networks are overcome.

“As we move into this new chapter of intent-based infrastructure, our intention — my vision — is to deliver a truly secure and intelligent platform for digital businesses to bring greater value to our world,” he says.

“We believe this foundation will serve as the basis for how our customers will reinvent their futures.”

Julian Bajkowski is a senior reporter for The Mandarin, and is based in Sydney