There is now gender parity at senior management in the Northern Territory public service, where women outnumber men on both sides of the median salary, but the blokes are still clustered around the upper end of the scale.

Women make up just under 64% of the NTPS overall, an all-time high, but a slightly lower proportion of those earning above the midpoint of just over $78,000 at 58%, according to the territory’s latest State of the Service report. The long term survey results clearly show the balance has been shifting over time.

“This increase in the proportion of women broadly parallels the overall labour force trend as reported by the ABS which show that since 1994 the participation rate for women rose by around 7% nationally and by 11% in the NT.” 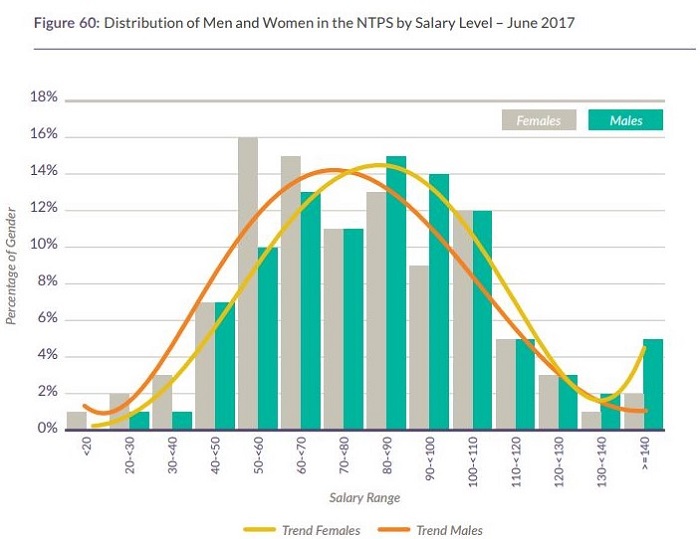 In comparison, increases in other monitored “equal opportunity groups” have been much more modest over the same period. The proportion of “people from culturally diverse background” is up by 4.3 percentage points and Aboriginal representation has risen by 3.2% over a decade to its current level of 10.5%.

More than 30% of Territorians are Indigenous and the target for the public service is to have them take up 16% of roles by 2020.

“Aboriginal Territorians represent over 70% of the NTPS clientele in a range of services,” according to the report.

“As a major employer in the NT, the NTPS is in a unique position to contribute to improved social and economic outcomes for Aboriginal Territorians through increased employment across all levels of the NTPS and, subsequently, more relevant and effective services.” 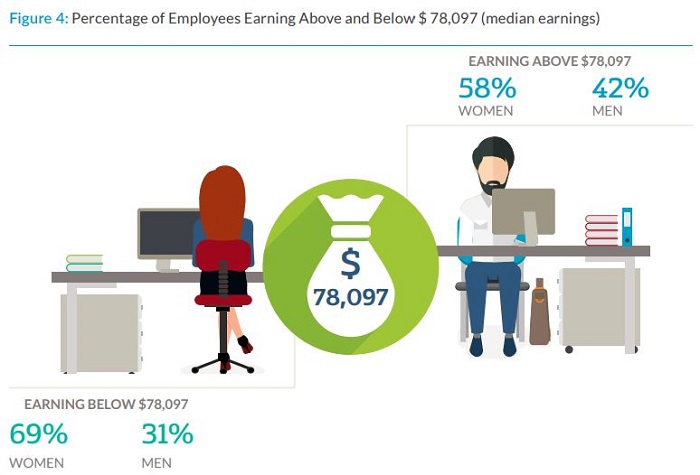 There are signs the NT public sector workforce has become less gendered in some ways over the past 23 years. The traditional “very high over-representation of women in the health professions” has been receding since 1994, according to the report. Over the same period, women’s representation in the “uniformed” jobs went up by 11%, by 3.9% in “technical” roles, by 13.2% in “physical” jobs and by 22.3% in the “professional” stream.

Women have taken up more jobs in the police and correctional facilities, but not so much in firefighting, and men are still clearly in the majority of uniformed and technical jobs. The proportion of women in teaching also rose by 12.1% since 1994, on the other hand.

Only 5% of men work part-time compared to 15% of women. One chart interesting chart (below) shows various different kinds of flexible work options in order of how commonly they are found in NT government agencies. 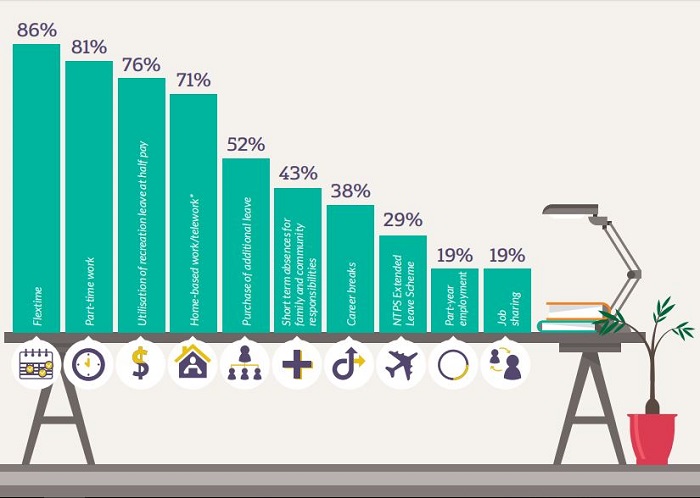 The report shows that NT public servants were quite well behaved in the 2016-17 financial year. There were disciplinary procedures against 142 employees in 15 agencies, which equals 0.63% of the total workforce, compared to 223 or 1.08% who got in trouble over 2015-16.

There were 30 pulled up for “inability or unsatisfactory performance” last financial year, compared to 18 in 2015-16.

The NT has the youngest population of any state or territory and its public service workforce also has a youthful profile, with about a quarter in the 25-34 age bracket and roughly half somewhere between 35-54 for both genders.

The report shows the public service workforce has been growing at a slightly faster rate than the NT population over the past year, although it has not expanded as quickly as the population over its entire existence.