The head of Tasmania’s public service, Greg Johannes, has suddenly resigned. Monday will be his last day.

“I think it’s time to give someone else the opportunity to lead in a challenging environment, and to take the department into the intense program of work associated with the lead up to the election, caretaker period, and support for an incoming government,” he told staff by email.

“You can be confident that I am going at a time of my own choosing, because I feel the time is right.”

According to the ABC, “multiple senior public servants … expressed disbelief” when they heard Johannes (pictured) was stepping down almost immediately. 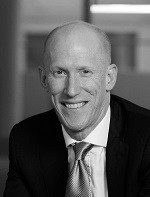 “I feel extraordinarily privileged to have had the opportunity to work in this Department for the last ten years, and to work with others to lead it over the last three and a half,” Johannes told staff.

“And I am enormously proud of what all of us have achieved for Tasmanians. …

“I love the public service and I’ve loved being in the State Service. And I want to thank all of you for the dedication, professionalism, care and support you have shown me in this job and over many years. All of this Department’s achievements are your achievements.

Premier Will Hodgman thanked Johannes for his hard work and dedication and noted it would be the first time a woman had led the state service in well over a decade.

The premier issued a statement on Friday afternoon saying he was offered and had accepted Johannes’ resignation, then re-issued it shortly after with the word “offered” removed, prompting some did-he-jump-or-was-he-pushed speculation, after this week’s controversial auditor-general’s report that revealed undeclared conflicts of interest in recruitment.

Not at all. If he didn’t offer his resignation and he was told resign, or be sacked, that’s a pretty big difference #politas

Monday, November 27: Shadow treasurer Scott Bacon demanded to know what happened in the lead-up to the surprising resignation and said the Department of Education’s work would be disrupted by its secretary acting as head of DPAC from Tuesday.

Greens leader Cassy O’Connor said Johannes was a “truly outstanding secretary” and it appeared Hodgman had tried to throw him under the proverbial bus, but the premier denied this and told an ABC journalist she was reading too much into the press release being re-issued with a minor change.

Hodgman said Johannes had not raised any concerns about his comments following the recruitment audit and paid tribute to his many achievements as head of the central agency, which the secretary listed in his parting email:

When I look back, some of the DPAC achievements that I will treasure most will include:

You have achieved all of these things as a team (except the photo prize and the raffle), working together, and I have had the profound privilege of supporting you.