If you’ve ever finished a crucial meeting on an urgent new government initiative or project yet found yourself dreading the prospect of calling or emailing strangers for informal advice on the ‘lay of the land’ you’re not alone.

Developing an effective professional profile – or personal brand – isn’t about being ‘shouty’. It could be as simple as finding colleagues in other jurisdictions already using software you’re new to, or as complex as pulling together multi-agency evidence across jurisdictions to test the effectiveness of a policy or program.

Every day across Australia, public services respond to broadly similar issues yet seemingly struggle to share their experiences and knowledge across borders or agencies.

Whichever way you look at it, there’s a pressing need for today’s public professionals to be connected so they’re more effective at work — and being there to connect with when it matters most.

Invisibility has a hidden cost

In today’s public sector, that means being visible – in the right places, in the right way – and in a manner that’s easy to control on your terms.

It’s about being able to get in touch quickly and tapping into helpful and productive conversations — not getting lost in a maze of org charts or outdated directories. There’s also a tangible expectation that professional peers in other agencies and jurisdictions will be able to connect with you too.

This means that as public sector evolves, being professionally visible has become an essential tool in the modern, engaged workplace rather than just a ‘nice to have’.

The simplest, safest and most effective way to do that is by activating a profile on a well-managed  platform like LinkedIn with a large number of like minded professionals.

It’s quick and  easy to get a profile started too — it can be as simple as just using your basic details from a staff directory or email signature. Once you get going, your profile can develop as you get more familiar and confident with what you want to show and say about yourself.

According to PR agency Weber Shandwick 60% of a company’s market value derives from its reputation, and 49% of that reputation is attributable to CEO reputation. Reputation is built over time and the takeaway for public agencies and aspiring leaders is executive reputation materially drives organisation brand and effectiveness.

Public sector leaders are not immune to this trend, with an increasing number of secretaries and senior executives — federal, state and local — creating profiles and using them to share and amplify the work and achievements of their agencies. Examples include NSW Department of Education Director General, Mark Scott and the CEO of the City of Melbourne, Ben Rimmer.

Developing an effective professional profile — or personal brand – isn’t about being ‘shouty’. A great attribute of public service in Australia are the quiet achievements through dedication, patience and perseverance that make the nation function.

But modesty shouldn’t translate to invisibility — especially when sharing knowledge about problem solving, working better and improving the lives of others makes the difference.

Harmonising standards, refining processes, achieving best practice and measuring outcomes will never make a front page, but they do make Australia tick as a developed economy.

Indeed many of Australia’s biggest governmental headaches have been caused by poor networking and isolation. Just think rail gauges.

Many public sector challenges are similar across every tier of government: what makes a difference is being able to make a one-to-one or one-to-many connection to collaborate. Creating a LinkedIn profile lets you do that. 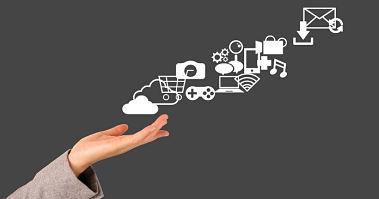 Networking for the public good

There’s no denying that public servants often carry the can for challenges or problems that need fixing. It may not be justified, but lack of coordination and the ‘silo mentality’ is a persistent criticism external and internal.

The public might attribute such problems to the ‘entity of government’, but coordination doesn’t just happen. The reality is better networked individuals, practitioners, managers and leaders can rise to challenges more effectively, not only as individuals, but as a whole.

That’s doubly important amid  increasing pressure on government to deliver services and transactions  at a comparable speed to that of online businesses, whether they’re banks, airlines or retailers. The fact is the pace of communication has sped up and government needs to meet the digital  pace.

Public facing or otherwise, departments, agencies and councils are all now expected to have a real digital presence that allows key stakeholders to build links and provide input and responses to initiatives and consultations in a professional manner.

For many public servants their day-to-day position may not change, but the people they deal with – external and internal – often do. Having that reference point to find people and positions even at the most basic level, makes the machinery of government hum, rather than grind.

Any public servant – graduate policy analyst to agency chief – will have seen someone present something at a conference, speech or event they seriously want to know more about, only to have the opportunity to say hello slip away.

There’s just a physical  limit to the number of personal introductions and hands you can shake. If you’re presenting, it can also be hard to gauge what people are responding to in a short period of time. Being on LinkedIn makes it easier for you to follow-up.

Creating a profile, no matter how basic, is the first step to being both.