Victoria is the engine room of the nation’s manufacturing sector and over 400 firms in the state support its defence industry, while also playing a vital role in future proofing Australia’s military forces.

A great example of the innovative nature of Victorian manufacturers is the army’s renowned Bushmaster Protected Mobility Vehicle built by Thales at Bendigo.

The ‘Bushy’, as Australian soldiers who relied on the life-saving vehicle in Iraq and Afghanistan fondly refer to it, has saved dozens of lives and prevented serious injury to troops even after vehicles have been written off by the insurgents’ weapon of choice ‑- the improvised explosive device (IED).

Revered by Aussie troops, the Bushmaster is built in Victoria.

The success of the ‘Bushy’ led to Thales being awarded in 2015 the deal to build 1100 Hawkei Protected Mobility Vehicles and trailers for the Australian Army under a $1.3 billion contract.

The Hawkei will have the same DNA as the Bushmaster to provide Australian soldiers with the best possible protection against land mines and IEDs, but as a next-generation vehicle it comes with digital capability built into an Integral Computing System enabling greater command of the battlefield.

Victoria’s long history in vehicle manufacturing allowed the company to hire highly skilled automotive workers to join its Bendigo team as the plant has transitioned between the vehicles.

Just two Bushmasters were built each week compared with two Hawkei vehicles-a-day when production peaks in 2019.

Vice-president Strategy for Thales Gary Dawson said that defence industry was a key part of the next generation of manufacturing in Victoria.

“The great strength they’ve got is the critical mass and the history of manufacturing both in terms of facilities and workforce and an understanding and supportive government,” he said. 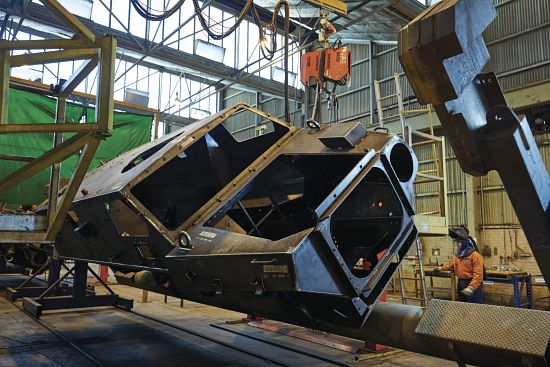 Access to skills and embedded supply chain are pivotal to success. (pic DEDJTR)

Going the distance: stability when it counts

Victoria boasts a manufacturing workforce in excess of 286,000 generating business valued at $27.7 billion.

The state’s defence sector accounts for $8 billion a year. It encompasses a broad range of technical capabilities and embedded industrial strength after decades of vehicle, aircraft and other manufacturing excellence.

More than 20,000 Victorians are employed directly in defence industry and by the Australian Defence Organisation.

In addition to Thales’s military vehicle capabilities, the military engineering and design capabilities of Rheinmetall MAN Military Vehicles and Supacat are located in Melbourne. The ability to attract, call on and retain a skilled and stable advanced manufacturing and defence industry workforce is what underpins Victoria’s excellence in execution and delivery.

Importantly, Victoria’s industrial output is not affected by the peaks and troughs generated by commodity price fluctuations or the boom and bust cycles of the mining industry. 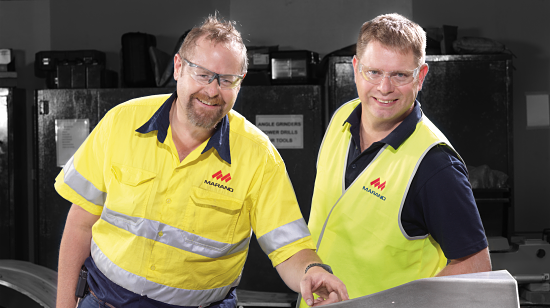 “That’s also a feature for Fishermans Bend,” Mr Combet said. “BAE is one of the three tenderers for the [future] frigates and BAE’s engineering capability is going to be consolidated at Fishermans Bend.

“If they are successful I would anticipate that a lot of their tier one and tier two suppliers in the UK will need to have a base over here and we will be working hard to identify those companies and partner them up with local manufacturers and locate them in Victoria and potentially at Fishermans Bend. That will really develop the engineering grunt power for defence in this state.”

“In Victoria, we are well positioned for that because of the skills, the training and research institutes and the embedded supply chains we have here,” he said.

“Our customers are very pleased with our supply chains and the manufacturing ecosystem that exists in Victoria that takes a lot of risk out of delivering these programs.”