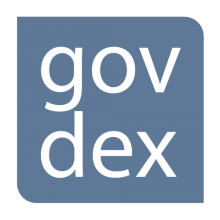 The Australian government’s cross-agency, cross-tier, cross-jurisdiction collaboration platform will be called GovTEAMS when it relaunches as a beta product in August.

Billed as “secure online collaboration for Australian government”, Govdex is getting a makeover — both front and back.

It’s where public officials can create online communities to work across agencies, tiers of government and even with those outside the public sector. You won’t find the word “silo” anywhere on it, rather it’s “a space where teams can come together to collaborate and become part of one large Australian Public Service community”.

The service will be 12 years old this month, having survived five prime ministers and four ministers and departmental secretaries at Finance without getting axed, which makes it something of a veteran.

On Friday the team announced the new name for the service is “GovTEAMS”*, with the anticipated launch of the public beta in August 2018.

The main difference is the underlying platform is switching from Atlassian’s Confluence to Microsoft Office 365.

The team is advising agencies that the new service will offer more flexibility, with three options for community managers:

Transition for existing communities will start in April, but the existing Govdex site will not close until GovTEAMS has reached sufficient maturity.

In January the team revealed Data#3 is building the new version of the service to work on Azure cloud with Microsoft Office 365. The original service was built on Australian software company Atlassian’s collaboration platform.

Foresight IT Consulting won a $50K contract last month to conduct a security assessment of the new service up until the beta launch in August.

* The Mandarin editorial staff is hoping the Finance Department team will run a competition for the most creative backronym for “GovTEAMS”. We’re already compiling our list of top suggestions.