Agencies have for years played on the margins of cloud, only to find choices and progress constrained amid concerns over security, sovereignty, governance and resilience. Microsoft Azure’s launch for government coupled with its official Australian Signals Directorate rating as a ‘Protected’ level provider changes that — big time.

The topic of digital transformation has been top of mind within government for years, but for all the talk and almost-realised promises of a cloud first agenda and online services to rival the private sector, one thing is indisputable – it has to happen.

It might have seemed like a long time coming, but the pivotal announcement by Microsoft in early April is the most definitive signal yet that the game is now changing for real and it’s changing very quickly with the roadblocks that once held back progress set to melt away.

As top executives from Microsoft descended on the nation’s capital to reinforce their commitment to Australia by announcing the general availability of two new Azure cloud regions located within highly secure, resilient Australian-owned facilities of Canberra Data Centres (CDC), a new era of very tangible public sector innovation was being ushered in.

Azure’s arrival is a lot more than simply turning the key on powerful new national infrastructure.

In a double clincher for federal and state government agencies requiring the highest levels of cyber assurance and security to run and host highly sensitive information and workloads, a crucial breakthrough in official security rating has been revealed by Minister for Law Enforcement and Cyber Security Angus Taylor. 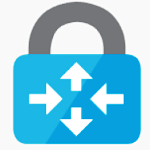 After a necessarily exhaustive evaluation by the Australian Signals Directorate (ASD), the nation’s top cyber guardian has designated Microsoft Azure and Office 365 with Protected Certification for inclusion on the Certified Cloud Services List (CCSL).

Put simply, this means that the globally successful productivity tools and apps ecosystem that are still an operational staple in government now come with the highest cyber security rating currently available to cloud providers, clearing a path for compliance assured migration.

What’s changing and why it matters

In terms of a core description, Azure is Microsoft’s cloud computing platform, which offers huge amounts of processing power, with a formidable array of tech industry partners, to provide all kinds of solutions, ranging from accounting systems to AI.

With industry leading security and privacy credentials, Azure is now the logical platform of choice for agencies as they fully commit to and tangibly deliver on an explicit digital transformation mandate. 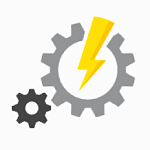 Globally, public sector usage of cloud has remained lower than in the corporate world, and this has arguably restrained government departments’ ability to work with the same level of agility and innovation as their private sector peers.

Often the reticence towards cloud has been borne from concerns over data sovereignty and security of infrastructure and personnel dealing with systems off the premises.

That’s changing fast. Azure’s alliance with CDC does more than any other cloud provider to security assure compliance and supply chain integrity. It is the only global cloud provider to deliver both hyperscale high availability and disaster resilience, not just within country but distributed across multiple metropolitan regions with no compromise on data sovereignty.

Cleared and trusted by design

To ensure that Azure Australia Central is optimised for government mission critical computing, the CDC centres only employ staff with Australian NV1 clearance level, which allows the holder to access information and resources that are classified up to and including “secret” level. 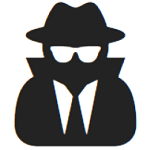 They are also the only commercial data centre facilities in Australia that are designed with the physical security controls necessary for Top Secret government data, meaning that uniquely they can deliver cloud services to handle both Unclassified and Protected government data.

With the fresh beginnings offered by the new Azure Central regions in Canberra it is easy to overlook the seismic effect the cloud platform has already had both in Australia and globally. 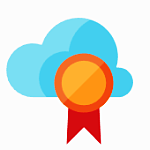 Australia is undoubtedly punching above its weight in securing four Azure regions out of a total of 42 around the world, and it means that local government and business customers can be plugged into a network featuring collaboration opportunities with some of the most influential organisations anywhere on the planet.

Microsoft has more than 100 data centres around the world, resilient and secure infrastructure that hosts more than 200 cloud services and has more than 72 major certifications and attestations — more than any other major public cloud provider.

Azure’s ascendance can be demonstrated by many metrics, but perhaps most tangibly in Microsoft’s latest public reporting (Q2 FY 2018) which cites an average of 120,000 new Azure customer subscriptions each month.

In the same period Microsoft’s commercial cloud grew 58 per cent year on year and over 90% of Fortune 500 companies now have at least one Microsoft cloud enterprise service, while over 60% have at least three.

With government now able to access the same grade of service it means that the impediments to better, faster services for the public and a platform preferred by top performing digital businesses can interoperate with commonality, purpose and peace of mind.

While the Azure announcements in Canberra have understandably focused on the potential for huge improvements in government operations, it the advent of ultra secure cloud that opens opportunities for much needed closer collaboration between the private and public sectors in Australia. 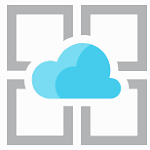 As government services go ‘digital first’ the benefits that can be extracted by both sides of the fence through closer collaboration — including efficiency, speed, automation and savings — are naturally multiplied.

Until now the possibility of commercial entities, whether they’re large and established or an emerging startup, collaborating with agencies in order to unlock the latent potential in their data has been remote.

Now even businesses, which have previously been hesitant to adopt cloud computing because of their need to manage highly sensitive information, or those which serve government with a specific set of data or services, can start thinking more about how to use abundant computing power to improve their operations.

When it comes to critical infrastructure, government, essential services, key businesses and industry have long agreed there needs to be common purpose, commitment and action to securing and enhancing Australia’s security and prosperity. 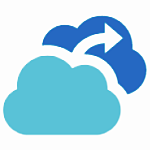 This could mean banks sharing patterns in financial data with the Australian Federal Police or the Australian Taxation Office to thwart cybercrime, terrorism, fraud and corruption in near real time when workloads are co-located .

In Azure they can do so in data centres that are not only more resilient and disaster tolerant, but that also enable connection to the government over its secure, high bandwidth ICON communications network.

Meanwhile some of Australia’s most promising tech startups, such as AI powered virtual data scientist Hyper Anna, are powered by Azure.

Approved critical national infrastructure clients including banks, utilities, telecommunications, healthcare, transport and other sectors will benefit from being part of the community forged through the Azure Australia Central regions.

The prospect of working more closely, where appropriate, will appeal in equal measure to government and private sector enterprises. When age-old barriers are removed, unforeseen opportunities emerge for executives thinking innovatively.

Commitment where it counts

“Microsoft is deeply committed to Australia and New Zealand and our continued and significant investment in mission critical cloud is testament to that,” Microsoft Australia Managing Director Steven Worrall says.

“We expect Azure Australia Central to play a catalysing role in accelerating the transformation of the public sector and through that, enhance the government services millions of citizens in both countries utilise every day.”

The technically minded will see the opportunities offered by the capability to locate existing systems, private clouds, specialised networking or mission-critical systems within the same facilities as Azure … they can also be directly connected to Azure.

For the people: enabling change from the inside

This gives agencies and departments unprecedented opportunity to modernise existing mission-critical applications, in order to drive the digital experiences customers expect and the tools the government workforce needs. 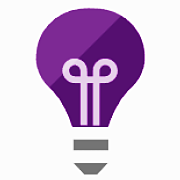 Perhaps the only other remaining stumbling block for agenies and departments looking to fully get on board with Azure to boost digital efforts, is the human problem of available skills.

Public sector organisations are crying out for staff with the requisite skills to operate in the cloud era. Rather than expecting government organisations to be able to hire a slew of incredibly rare experts, Microsoft has moved to be a part of the solution.

These are focused on an array of cloud-related skills such as how to integrate older on-premise technology with public cloud, how to write code for cloud-based apps and how to manage effective identity and cyber security practice. 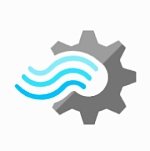 The courses are targeted at both government tech workers and those currently in non-tech roles, who see the opportunity to expand and future-proof their career by becoming more digitally savvy.

“Microsoft’s investment in skills, in start-ups, in our nation’s digital infrastructure, and in our 11,000-strong partner ecosystem reinforces our very deep commitment to the success of Australia and its citizens,” Worrall says.

“This training promises organisational agility, better delivery of services and faster insights from government data, which will help transform the Australian public sector by providing a better experience for citizens.”