Betters ways to detect signs of health deterioration before a transfer to intensive care occurs are urgently needed. Good technology in other wards goes a long way to meeting that challenge with a timely early warning.

In 2013, Saratoga Hospital in New York underwent a redesign of its Intensive Care Unit (ICU), a move that prompted its intensive care services team to explore the broader issue of patient deterioration across the hospital, to possibly reduce the number of transfers to the ICU. While patients are closely and often continuously monitored in an ICU, on a general care unit the process and protocols can be much more manual and periodic. At Saratoga, as most hospitals, patient safety is an equal priority in both care settings.

Since the 1980s, Saratoga Hospital has transformed into a thriving institution that anchors a growing network of healthcare services, including primary care, urgent care, imaging, occupational health, ambulatory surgery, rehabilitation, oncology, and a new community health centre. Its physician and nursing staff has grown and they are delivering much broader healthcare services to its community, enabled by technology. 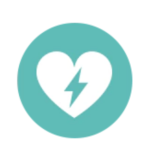 The most recent endeavour to meet the community healthcare needs was a multimillion-dollar project consisting of a new 19-bed intensive care unit and a complete surgical service renovation with the addition of 10 operating rooms.

As part of the ICU overhaul, Dr Diane Bartos, Administrative Director of the Intensive Care Unit, Cardiovascular Services, at Saratoga Hospital, conducted research on patient events across their units, the result of which identified a need for more support of nursing staff as they dealt with patient events including those outside of the ICU. Research showed that there was an opportunity to apply technology in the general ward that could help in reducing a patient’s likelihood of returning to the ICU.

There are 440,000 preventable adverse events that contribute to patient deaths in US hospitals every year*.

An adverse event would commonly lead to a ‘code’, when a patient stops breathing or their heart stops beating. The objective of every hospital is to reduce patient codes by intervening at the point of patient deterioration. Research has shown that 66 per cent†  cardiac arrest patients show signs and symptoms up to six hours prior to an event but physicians are only notified 25 per cent of the time. 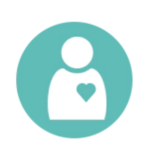 Saratoga Hospital’s objective was to empower nurses through technology to be able to make critical interventions – and provide them with the confidence to be able to receive information and act on it much more quickly. Prior to automating early warning scoring, it was difficult to identify when patients were deteriorating.

“We did identify that we had an issue, even prior to calling a rapid response, with the patient starting to deteriorate but sometimes there were indications from the patient that were happening that the nurses weren’t necessarily picking up,” says Dr. Bartos.

The solution was installation of Philips IntelliVue Guardian Solution, an automated early warning scoring (EWS) system that can aid clinicians in identifying subtle signs of deterioration in a patient’s condition, hours before a potential adverse event occurs.

Saratoga Hospital installed Philips IntelliVue Guardian Solution in two phases between 2013 and 2015 on two units. Philips IntelliVue MP5SC patient monitors were installed at every bedside unit, which capture vital signs that are tracked by Guardian software at the bedside and at the central station. The system helps the clinician detect subtle signs of deterioration, automates EWS calculations and alerts care providers. 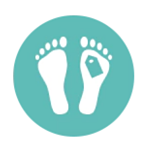 “It looks at key vital signs, and it gives a point score for each vital sign that’s abnormal with a total point score. If they need help, the ICU can help them in responding to that score and/or the charge nurse will follow up with the physicians,” says Dr. Bartos. “It’s intuitive, it tells nurses what is going on and helps them to make a confident decision.”

Installing early warning scoring technology led to a reduction in patient codes and the orthopaedic unit having no codes in the four years since installation.

“We’re trying to provide care as safely as possible, and we don’t want that patient to deteriorate at all,” says Bartos. “As we’re providing care, doing interventions, we’re trying to provide care in the safest environment possible. We have shown over time and very dramatically right after implementing early warning scoring, that we have decreased the number of codes dramatically.”

Read more in the white paper

At a glance: Saratoga Hospital

At Philips, we look beyond technology to the experiences of patients, providers and caregivers across the health continuum – from healthy living to prevention, diagnosis, treatment and home care. Applying advanced technologies and deep clinical insights, we partner with our customers to deliver integrated solutions that enable better care outcomes at lower cost.