The smartphone in the pocket of almost every citizen has done much more than just provide an easier way to keep in touch with our nearest and dearest.

The previously unimaginable computing power that resides in the palm of our hands has ushered in a new era of high expectations among customers of all organisations, that everything is possible, whenever they need to do it.

This sentiment first emerged in the commercial sector, where online banking and shopping swiftly went mobile. Even faster, our shared experience dictated that it was immediately essential to be able to conduct transactional affairs at any hour of day or night.

It may have come as a cultural shock to physically bound ‘business hours’ culture, but the reality is we now expect services to be there when and where we want them by default.

In the revenue driven business world, operations that couldn’t achieve this technical capacity to offer such flexibility couldn’t realistically expect to survive. 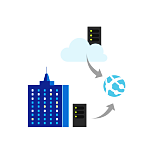 Without the commercial ‘near death’ imperative, government progress has moved to arguably different drivers — yet departments and agencies still find themselves dealing with the same snowballing citizen experience and anticipation, a wider conditioning to expect more.

Today, transformation policies are in full swing across Canberra and the states, across agencies at all government levels.

Crucially the playing field between public and private sector operations has finally been levelled by access to world leading cloud infrastructure, from Microsoft’s Azure.

In February the Digital Transformation Agency unveiled an updated whole-of-government strategy to push the use of cloud in driving digital services and agency modernisation.

“The strategy is designed to support agencies looking to adopt cloud services, and address the barriers and security concerns around moving to cloud,” assistant minister for digital transformation Michael Keenan said at the time.

Government has had a “cloud first” policy since 2014, but in reality, while smart executives could see the transformational benefits of having access to virtually infinite processing power and cutting-edge development technologies from the world’s largest tech companies, the cloud services on offer could not always meet their more exacting standards.

Protected where it counts

The business of government, especially around critical infrastructure and sensitive personal and national defence data, demands a cloud platform with security and privacy credentials that go over and above compliance rquirements, as well as offering access to the world’s best cloud services. 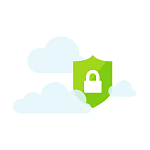 After major investment from Microsoft in its Australian infrastructure, its Azure platform and services now provides this crucial piece in the puzzle.

This award followed an announcement in 2017 that 40 Azure services and ten Office 365 services had received ASD certification to handle Unclassified (DLM) data.

For the first time government agencies in Australia have a clear path to host higher classified data sets in world leading cloud services, which will accelerate the ability for Commonwealth, State and Territory Governments to adopt cloud and focus purely on the detail of the new services they want to offer.

“At the same time agencies can avail themselves of the mature and open ecosystem of partners and developers who build on the Azure cloud.”

That partner and developer ecosystem means that government customers of Azure will have direct access to some of the world’s most innovative technology companies, including the likes of SAP, Telstra Health, AXON, DXC, Accenture, Dimension Data, Veritas, Citrix, and Leidos.

In Azure they will also be making the same infrastructure and services choices as some of the countries most innovative private sector firms such as Telstra, Woolworths, Commonwealth Bank of Australia and Qantas.

Finally, the security and assurance roadblocks to creating the kind of on-demand digital services that citizens have come to expect have evaporated, for those that choose to get on board.