The feasibility of autonomous vehicles on Australian roads has been widely discussed in scientific and government circles. This is due to the continued proliferation of autonomous driving technologies from automotive companies such as Tesla and Volvo as well as back-end technology providers like Bosch and Google.

With high-profile trials taking place across Australia, including a recent Mercedes Benz autonomous drive from Sydney to Melbourne, many experts believe that autonomous vehicles will be ready for public use on Australian roads by 2020.

The anticipated roll-out is predicted to vastly improve road safety, traffic flow and pollution on our roads through the vehicle’s ability to communicate with other vehicles and infrastructure such as traffic lights, speed limit signs and parking spaces.

The role of the cloud

The operation of autonomous vehicles will be heavily reliant on a robust cloud system that enables vehicles to communicate with infrastructure in order to navigate its surroundings safely. 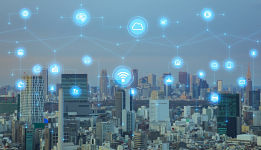 While autonomous driving technology from an automotive standpoint exists today, infrastructure still has some way to go in supporting this technology beyond controlled trials.

Given that effective sharing of data is essential to the roll-out of autonomous vehicles, a number of technology companies are developing autonomous vehicle cloud software to accommodate this emerging trend and capitalise on the burgeoning niche.

The futuristic advancement of the driverless car requires equally futuristic levels of connectedness – and vast amounts of information both critical and banal – to be accessed simultaneously. This realistically can only be supplied by a cloud system.

For example, if the car is reliant on a cloud database update to complete a specific function such as travelling under the 40 km/h speed limit during school hours, an unreliable cloud could see that update fail to take place which would jeopardise the safety of passengers and the general public. 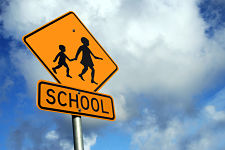 With multinational tech companies working on these autonomous driving cloud solutions, Australian vehicles would be sharing a globalised cloud platform. At this point, we should be asking ourselves and our government as to whether we want our autonomous driving platform running alongside Estonia, France or any country for that matter?

In such a situation, a Google or Microsoft autonomous driving cloud offering would be running alongside its public clouds, which means that one car in Adelaide could be in some way linked to a fitness tracker in Budapest. This presents a number of security concerns given such a system would expose the cloud (and the data therein) to multiple networks, states and hackers who are actively targeting vehicles. An example of which occurred in 2015 when hackers in the US infiltrated the control systems of a Jeep Cherokee via its wireless connection.

When we extrapolate the effect of hackers or cyber-terrorism from one vehicle into an entire autonomous driving digital infrastructure, it becomes clear that such an incursion could bring the Australian transport network to its knees.

With greater connectedness comes greater vulnerability, but this doesn’t mean that autonomous driving shouldn’t be explored further. Rather, the challenge is to develop it properly with safety as the number one priority. After all, if the cloud infrastructure can be developed properly and safely, it would offer astounding opportunities for governments and the public alike.

A safer road for the cloud

Transport is highly regulated. Rules surrounding safety for citizens are paramount for governments. The key to ensuring the safe roll-out of autonomous driving in Australia is for the government to prioritise security in the cloud platform that links its unique infrastructure to vehicles. This means purpose built local data-centres, local operators which are not shared between organisations, agencies or countries.

In a world where cyber-terrorism poses a real and dangerous threat to our systems we must lean on localisation and regulate exclusivity to drive security. The fewer hands with access to a system and the fewer touch points involved, naturally results in decreased vulnerability and exposure.

Even the cloud needs to have a license to drive 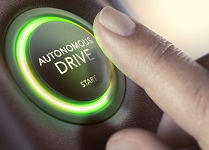 One positive aspect is the ASD ‘Protected’ Cloud certification standard. This standard ensures service providers operate data-centres located solely within Australia with Australian security cleared engineers. Cloud providers who do not have their metadata and personnel onshore are currently not even permitted to handle sensitive data for government bodies. Protected cloud providers must also submit and conform to an extensive assessment of their security.

With such high value being placed on data sovereignty, the Government should remain steadfast in their adoption of security standards set by ASD as it plans for the roll-out of autonomous vehicles. With the public’s safety at stake, it should continue to think local and prioritise the safe, and secure implementation of a cloud system to make a driverless system a success.