The task of dislodging 3000 Western Australian public servants is taking longer than Mark McGowan’s government expected but, nonetheless, a significant contraction of the public sector is central to this week’s state budget.

Treasurer Ben Wyatt told parliament he expects more than 2000 redundancies – described as both both voluntary and targeted – to be finalised by the end of the current financial year, conceding the process was “not concluding as quickly as originally anticipated” by the McGowan team.

He insisted the scheme was still “on track” to eventually shuffle off 3000 bureaucrats, and has budgeted for those empty desks to deliver gross savings of $1.1 billion over four years.

“Government office accommodation reforms are on track to achieve savings of $128 million, and $55 million in savings are now assigned at agency level for state fleet initiatives,” he added in his budget speech as another example of “budget repair” measures that were progressing well.

The WA branch of the public sector union has a different take on the situation. “The further extension of the severance scheme into the next financial year confirms that the attempt to cut 3000 public service jobs has failed,” said CPSU-CSA secretary Toni Walkington in a statement.

“The consequences of the 1600 jobs gone to date has been borne by those people who remain in the public service.

“Mostly, the WA Government has handed extra payments to people anticipating retiring soon. While popular with workers who take advantage of the scheme, it leaves those remaining with an impossible job to do.”

The headline figures include a forecast return to surplus in 2020-21, when Wyatt’s charts show a $1.3 billion surplus, and very slow growth in recurrent expenditure of just 0.9% — the lowest in over two decades, according to the Treasurer — based on the major public sector cuts.

“The very low expense growth across the forward estimates can only happen if we reduce embedded, and ever climbing, cost structures of the public sector,” said Wyatt (pictured below) in his budget speech.

“We have reduced embedded cost growth in the public sector through the $1,000 wages policy, which is estimated to reduce spending by around $700 million over the five years to 2021-22.

“We successfully reduced the size of the senior executive public service by 20%, saving $26 million per year from 2018-19. We have also frozen the annual wage costs for all parliamentarians, judges and senior public servants under the jurisdiction of the Salaries and Allowances Tribunal for the current term of government.

“We are reducing the size of the car fleet and the office floor space for the public sector.” 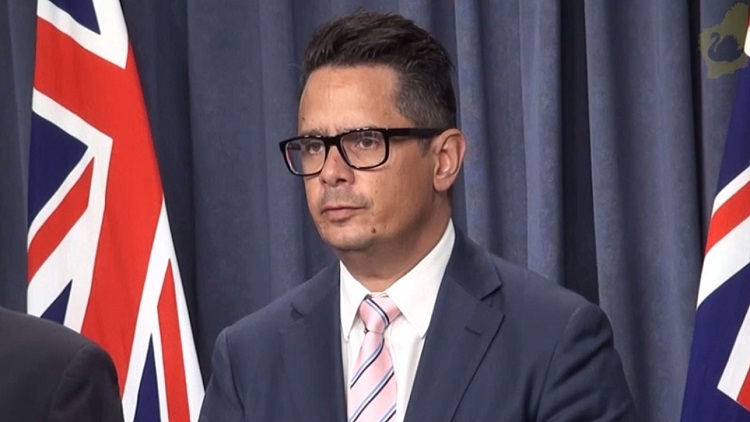 A majority of union members voted in favour of the flat annual payrises in an agreement which included 10 days of family violence leave, last October.

The deal also includes provisions to limit the use of labour hire, government commitments to a preference for redeployment where possible and to permanent employment over fixed term, casual and labour hire contractors.

The government agreed to provide extra support for those who are made redundant and agreed to monitor whether the public servants who remain in the downsized bureaucracy are overworked more closely. But, according to Walkinton, a union survey shows that is exactly what is occurring.

The CPSU-CSA says a survey of around 3000 WA public servants found about 70 per cent feel like they’re under the pump as a result of the Labor government’s downsizing program. The same proportion (not necessarily the same people) reported their workloads had increased; that they are working additional hours and missing meal breaks; and that they are experiencing “high levels of stress and anxiety” from work.

“The continuation of the severance scheme simply doesn’t make sense,” Walkington said. “The sector continues to use unpaid labour, temporary employment fixes and expensive contractors or consultants to get the job done.”

“The projected historical low rate of general government expense growth, coming off underspending by agencies, means a continued reliance on the public sector to do the heavy lifting.

“With nearly 50 per cent of people we surveyed identifying reductions in quality of work, delays in response times and longer waiting times, the budget means further reductions in services to the WA community.

“Over 55 per cent of people we surveyed believed there are alternate measures to reduce costs through ceasing outsourcing, retention of experienced and skilled staff, and returning to a stable ongoing workforce.”

The Treasurer has made clear that getting back into the black is the number one priority:

“Annual average expense growth across the forward estimates period has been constrained to just 1.2 per cent, well below the 6.7 per cent average over the past decade.

“The improving general government operating balance is expected to see total public sector net debt peak at $40.9 billion, before declining to $39.7 billion by the end of the forward estimates period. This is a substantial $3.2 billion improvement on the forecast level of net debt (at June 30, 2021) since the 2017-18 Budget.”

Later in his speech, Wyatt said other “sizable contributions” to this from the public sector included “efficiency measures and increased dividend payments” coming from government trading enterprises and abolishing agencies, which he argued was creating “critical efficiencies in service delivery” and stopping duplication.

“Decisions such as these mean that we are able to make smart decisions for our future,” he told the parliament.

Wyatt said more efficiencies would come from implementation of over 300 new recommendations from the big public sector Service Priority Review reform project, the more politicised Special Inquiry into Government Programs and Projects, and the Sustainable Health Review, which has produced an interim report.

“Taking the Department of Health for example and we see average expense growth of just 1.2% per annum across the forward estimates period, compared to growth under the former Government of 8.5% per annum.

“There is a lot of work to do to make sure agencies have recurrent expenditures that are effective and efficient, and we will keep doing that work.”

The Treasurer said the Western Australian public sector needed to “do things better” in general, arguing in some ways it was a decade behind the other states, such as its lack of standardised governance arrangements for state-owned enterprises.

“Similar to other states, we also plan to introduce data sharing legislation, including protections for personal and other sensitive information, to support better government decision-making and service delivery,” he added.

“The changes will remove barriers to data sharing across government agencies and underpin important research on public policy issues such as juvenile offending and domestic violence.

“To ensure coordinated and sustained reform, we will set up a central implementation team and invest $21.8 million over the next four years to reform and rebuild the public sector.”