Pressure to build greater openness and transparency into government is rising. The erosion of citizen trust in institutions, along with a growing body of research supporting the social and economic benefits of releasing government-held data and information, are leading agencies to reconsider their responsibilities as key custodians of public data and information.

The open government movement is growing globally, with membership of the Open Government Partnership (OGP) now at over 70 countries.

While the pillars of open government – transparency, accountability and public participation, underpinned by access to information – are generally accepted in Australian government jurisdictions, the record of transferring these principles into actual reform has been mixed.

A February 2018 survey by the Australian Open Government Partnership Civil Society Network of its membership, found disappointment in the lack of progress made in key areas of implementing OGP commitments. In particular – ironically – the survey highlighted a lack of transparency in the measures taken to implement the national open government Action Plan. 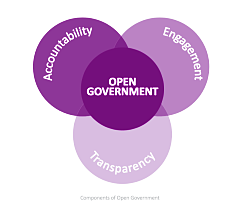 Intermedium’s white paper, sponsored by Objective Corporation, discusses the challenges agencies face and examines how technology can reduce the costs and complexity associated with open government. It argues that establishing greater openness and transparency into the activities of government will build public trust, create economic opportunities, and support better decision-making.

By developing a stronger understanding of these benefits and the challenges associated with reform, progress towards open government will likely be simpler for agencies – and achieved sooner.