We’re all used to ‘welfare cheats’ being paraded before the cameras. But the fact is the public service is getting far better at thwarting fraud, abuse and waste through analytics. Here’s why.

It wasn’t the nature of the alleged fraud that stunned even seasoned observers within Australia’s social services sector. It was the sheer scale.

In early May 2018, Australian Federal Police executing warrants based on information provided by the federal Department of Education and Training raided locations in Lakemba and Kellyville in Sydney (NSW) over what authorities now claim are family daycare payment rorts totalling $5.7 million, with two women now charged and facing court.

While the amount of public money involved in the highly publicised charges is arguably huge, in reality the prosecutions were just the latest in a coordinated sweep of the sector that has resulted in 24 people being charged with childcare fraud since 2014 and has netted 11 convictions with a dozen people with matters still before the courts.

While police, investigators and their ministers rightly claim credit for flushing out and bringing perpetrators to justice, there’s another hidden battle assiduously being waged against systemic and individual malfeasance. One which often eschews publicity, despite its increasingly critical role in ensuring public integrity: advanced analytics.

Patterns and typologies that used to take agencies months or even years to pinpoint by manually sifting through huge reams of data are coming together faster and more accurately than ever before, often boosting the number of legal or remedial actions undertaken to address scams.

Whichever way you look at it more people are being caught and quickly. And for senior public servants, it’s the application of applied expertise and actionable intelligence rather than just more muscle and technology that’s really paying dividends.

In for a penny 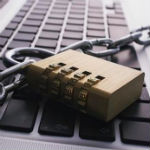 If there were any residual questions surrounding the value that advanced analytics brings to reducing fraud, abuse and leakage across government benefits and transactions they were very firmly put to rest in the 2018-2019 Federal Budget.

After years of successive Cabinets being forced to limit or reduce spending on better services because of leakage and manual inefficiency in the collection (tax) and distribution (benefits and spending) of public monies, Treasurer Scott Morrison revealed a highly coordinated suite of new measures to hit the black economy ticketed to deliver back $5.3 billion to the public purse.

From the outside many of the measures – like the broadening of taxable payment reporting obligations to sectors like cleaning, security and parts of transport and hospitality – appear to be simple common sense. But what’s changed is knowing where and when to apply pinpoint pressure.

It’s also about government knowing what it does know – and then being able to figure out what it doesn’t.

One of those at the  forefront of using advanced tools to detect fraud, abuse and waste across government services and revenue is Andy Smith, Global Government Industry Lead for global analytics company SAS.

A former senior public servant at the United Kingdom’s Department for Works and Pensions, Smith contends that to stay on top of the battle against fraud, waste and abuse, agencies which undertake the collection and distribution of public monies need fine balancing skills.

The tightrope is the very human art of instinctively knowing where to look with the powerful tools that can distil huge volumes of data into meaningful information to inform well-founded decisions – and then deciding what you don’t know.

“The amount of data that’s available to governments has exponentially increased over the years, and the more it grows, the greater the likelihood that all the material you need to detect anomalies is there,” Smith says.

“The downside, though, is that the more [data there is, the more] it becomes like looking in a haystack.”

The key challenge that government agencies need to navigate, Smith contends, is being able to traverse and exploit the increasing data and information volumes efficiently so that efforts and techniques to detect fraud, waste and abuse  aren’t just effective once, but keep evolving with the threat.

Effective detection and deterrence measures need to keep moving with their targets because as opportunities for scams and stealing are closed off, those perpetrating them will seek new avenues.

Suspicion has its limits

Smith cautions that broadly relying on what’s worked previously to target fraud and abuse won’t necessarily cut it in an evolving landscape. Whether it’s individual or organised, scammers are necessarily adaptive people who are constantly on the lookout for the next opportunity or weakness.

While improved rates of successful detection in previously identified scammer methods or techniques may be satisfying and validate continued action, Smith reckons investigators and integrity teams need to be able to think ahead to try and cover off the next point of weakness before, not after, it’s been hit.

“You often see government organisations  going back time after time to the same place,” Smith says.

“The risk [there] is you miss out on the new areas, particularly [with] organised fraudsters. If they see one loophole being closed, they will look to move to other areas. So the systems need to be sophisticated, not just to catch-up or to keep-up, but to overtake … so that you’re looking all the time at what are the areas across the whole system that are potentially open to abuse.”

This is where the application of advanced and predictive analytics comes into its own. It’s not merely crunching the numbers and finding correlations to identify anomalies, but applying modelling, pattern recognition and link analysis in anticipation of future movement.

Learn to milk the multiplier effect 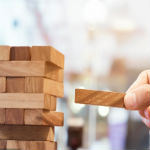 If there’s one facet of the fight against fraud and abuse Smith stresses agency executives and governance leaders need to be across, it’s that rarely does a fraud battle have a single frontline.

Rather, those pursuing systemic integrity need to keep a suite of sharp analytics and intelligence tools that can be brought together to more holistically sift through and illuminate patterns and markers of behaviour, transactions or practice that can be potential or actual precursors to unwanted events.

Smith sees very tangible opportunities for further reductions in fraud, loss and waste as government processes and transactions become more automated. The potential applications of machine learning are one factor. Baking in better automation of business rules that can also very quickly illuminate events that deserve scrutiny is another.

“Data on its own [can be] pretty useless for government organisations. It’s changing that into managed information. Critically, it’s then using that information as a basis for taking better decisions.”

Plan for life after silos. Now

One of the greatest advantages fraudsters, payment evaders and unscrupulous suppliers have historically held when taking taxpayers for a ride has been the fog of disconnection, incompatibility and slowness sometimes inherent in checks, alerts and assurance processes.

Routine data matching has now become a staple for many federal agencies, especially for benefits eligibility, yet there are still areas where integrity measures and automated cross-checks, automated data-mining and analytics can let in much needed sunlight.

One is the implementation of a requirement for Directors Identification Numbers (DINs) so that individuals perpetrating the insidious practice of ‘phoenixing’ – or deliberately skipping out on debts only to establish a similar company – can finally be tracked and prevented from staging repeated rip-offs.

Revenue rises from the ashes

While the DINs essentially work by creating a unique number to register company directors so that multiple regulators, law enforcement and revenue agencies can all be on the same page, there’s a potentially much bigger systemic payoff when analytics are brought to bear.

Being able to get a focused picture on commonalities among cohorts, sectors, typology, links and locations means enabling factors can be addressed in advance rather than after the money is gone. Like imposing bonds and surety to remove both means and temptation.

Removing silos to hide behind or under is where the approach really pays off.

“It’s actually those changes in the back office where the real benefits are to be had in terms of genuine transformation,’ Smith says.

“If you end up with a load of effectively separated systems for welfare benefits, tax, passports, driving licences [there’s] no way that governments can join up and integrate and share their data.  It becomes far harder for government organisations to detect the anomalies it needs to.”

From short change to culture change

As governments increasingly use analytics to tighten-up loopholes and avenues for revenue leakage and exploitation, Smith contends there’s a broader discussion to be had about why people need to do the right thing when it comes to public money.

This goes further than the regular parading of wrongdoers by regulators and law enforcement, even if this is a necessary and effective deterrent.

While advanced analytics tools like those offered by SAS help paint a picture of what’s happening and what could or will happen, Smith holds that one of the most transformative effects of being able to make sense of how government and people operate is propagating lasting change, especially around culture.

Granted, being able to detect, quantify and redress fraud, abuse and waste has clear public benefit.

But those involved in less serious but more widespread fiddling – like over claiming deductions, under declaring income or just turning a blind eye to providers over servicing of the public coin – need to realise the wider detriment that occurs when finite funds leak.

“There’s sometimes undertones around that. There are definitely tools that can help government; but there are also bigger social [perception] issues in the world people operate. That is going to influence some of the people you are out to detect.”

Getting detection and risk-based approaches right with analytics isn’t just an opportunity to catch people out, Smith maintains, it’s increasingly an opportunity to educate people on how and why they should do the right thing, preferably before they make detrimental choices.

This, Smith concedes, may be far harder to measure, but society and its governments both emerge winners, a value that goes beyond numbers.